Ofcom received over 100 complaints after a same-sex kiss between two women was aired on CBBC show The Next Step last month. The deluge of complaints was revealed this week, with the BBC responding yesterday to defend their decision – saying it was absolutely necessary to air the kiss, that it was “important” and wasn’t actually “inappropriate” at all, despite complaints.

But why should the BBC even have to defend this move in the first place? Why should they have to fight against critics saying the scene was “inappropriate”? Why should they have to release a statement after ONE scene in a teen TV show of two girls kissing, when I watched more straight teens kissing on TV growing up than I watched the news! (This is also responsible for me thinking Tony Blair and George Bush were the same person for a long time but whatever I’ve moved on). The battles we have to fight in every tiny step taken towards showing homosexuality on TV, in adverts, or in films, is exhausting. Frankly, I’m fucking livid.

The thought of 100 British people calling up Ofcom to complain about two teenage girls kissing sends me into an unadulterated rage. Who are these people and how do they still exist? Given that they’re watching CBBC I assume they’re parents, which worries me further. Imagine being an LGBTQ+ child, still unsure or completely unaware of your identity, and hearing your mum call up Ofcom to complain about two girls kissing. Think about what effect that would have on you. 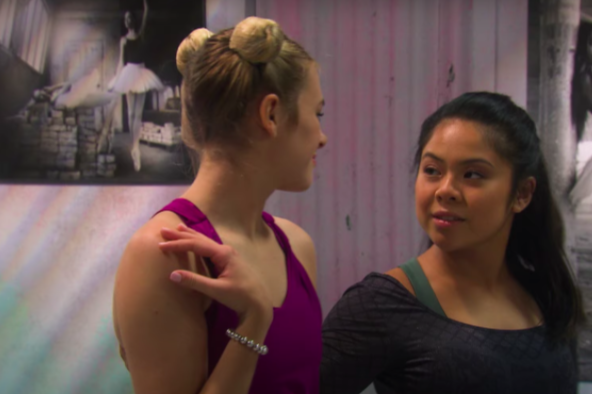 One of the main issues I take with the complaints is the fact that they were clearly centered around the scene being “inappropriate”. The BBC had to literally say in the statement that they disagreed with the scene being called inappropriate. Because a gay kiss is automatically regarded as more inappropriate and sexual than a straight one. This all stems from the straight fear that their child seeing a gay kiss on TV will turn them into a FLAMING homosexual within 3-5 business days. Newsflash, Nigel, if your daughter comes out as gay minutes after seeing two girls kiss on TV, she was probably gay before!

Moreover, if your daughter sees enough straight kisses on TV and feels absolutely no rumbling in her loins every single time, she’s probably going to reach the same gay epiphany without the help of gay TV kisses – so there’s no avoiding it. Let the gays kiss on kids TV! Let them have equally explicit sex scenes as straight couples on adult TV! All the young gays are already out there, sleeping undisturbed, you can’t turn them back to straight by covering up the fact that two people with the same genitals touch lips sometimes, so AWAKEN THEM!

It’s also so harmful to adult gay people who see this story – the complaints and subsequent BBC defense – to consistently be bombarded with evidence that their love is “inappropriate”, and needs to be defended at all times. I once heard a story about my mum’s friend who was attending a lesbian wedding with her young daughter (the daughter was maybe 12? 14?) and she congratulated the Brides when she received her invite but asked them if they could kindly not to kiss in front of her daughter at the wedding. At their wedding. The straight need to move through the world without seeing the ungodly image of two gays kissing is so preposterous and privileged, it’s actually bordering on insanity. 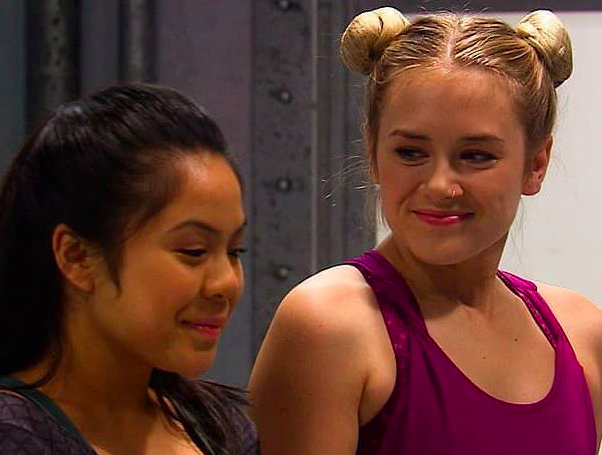 Also, if you have ever had an issue seeing any gay couples kissing and think it’s something other than homophobia – you’re wrong. Sorry to break it to you, but you’re a homophobe! It’s okay, you can move past it. You can learn. But for now, understand that discomfort in seeing same-sex couples kissing is very much rooted in homophobia and nothing else. If you think the kissing is “too much” or you want to use the PDA excuse, think of how you’d treat a straight couple in that instance. With as much disgust? With the same level of derision? Probably not. You’d make light of it. Or get off on it. But you don’t do that with gay kissing. Think about that.

And beyond all my anger, there’s a part of me that’s glad. Firstly, that the scene was aired, to begin with. Secondly, that it isn’t the first same-sex kiss the CBBC has ever aired – that was years ago. Thirdly, that the BBC defended it so staunchly. And lastly, that there were only 100 or so complaints. Five years ago, this would have been more. Ten years ago, more. Twenty years ago, it wouldn’t have even aired. I’m still angry, because I wish there weren’t any at all, and thinking of even one in those hundred callers makes me fear for the young children around them and any LGBTQ+ person they cross paths with – but I’m still glad. Glad that they were forced to watch two teenage girls kiss on TV, and glad that no matter how much they huffed and puffed, there was nothing they could do about it.