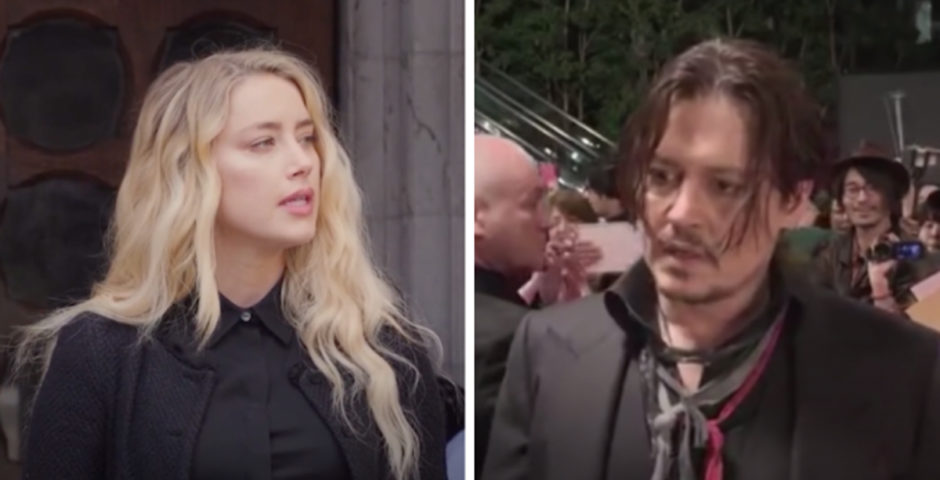 For the past month, Johnny Depp has been in engaged in a trial against The Sun, but you’d be forgiven it had anything to do with newspapers. Even though the actual trial is Depp fighting against the paper for defamation over their coverage of his and Amber Heard’s domestic abuse debacle, it has started to feel a lot more like Johnny Depp v Amber Heard than anything else. The trial has outed Depp and Heard’s bizarre, toxic personal life drama. Texts between Depp and fellow actors where he says he wants to burn Heard alive, videos of Depp screaming, Amber Heard allegedly shitting herself and pictures of Depp passed out covered in ice cream. You really can’t write this stuff.

And you can’t follow it, either. There’s been so much coming out that it’s hard to keep up with it at times, especially when you’re constantly second-guessing how people like this can exist in the first place. So for ease, here are all of the most chaotic moments of the trial, summed up:

Depp had a load of weird nicknames for Amber Heard’s co-stars due to jealousy, she told the court. “For example, Leonardo DiCaprio was ‘pumpkin-head’, Channing Tatum was ‘potato-head’ and ‘Jim Turd Sturgess’” Heard said. She claimed she had lost money and opportunities from this behaviour, having to turn down roles because of the amount of nudity or sex scenes. Heard’s friend and old acting coach told the court that Depp referred to these roles as “whore parts”.

Their dogs ate some of the couples’ leftover weed

In one part of the trial, Depp admitted to the court: “The puppy got a hold of a little ball of hashish and just scooped it up before I could get to it.” These are the dogs that the couple cared so much about that they took them to Australia with them, illegally, and then had to make a long direct apology to Australia as a result. Should have just done a Simpsons and kicked them with a really big boot.

Depp talks about burning Heard and having sex with her corpse

In texts to Paul Bettany, the actor who played Vision in the Marvel films and Kirsten Dunst’s love interest in Wimbledon, Depp says: “Let’s drown her before we burn her!!! I will f*** her burnt corpse afterwards to make sure she is dead.” Let it be known that in this same trial, Depp referred to himself as “a southern gentleman who had respect for women.”

Heard’s sister appeared to be caught lying in court

After saying that Heard had never physically hurt her, Whitney Henriquez (Amber’s sister) seemed to get caught out in a lie. Depp’s legal team was “anonymously sent” a video of Henriquez at a pool party, where a guest says to her “did you get in a fight?… I can’t believe Amber beat your ass.” The guest seems to inspect her arms, but Henriquez later insisted in court that the fight was only verbal.

Depp alleged that Heard had soiled herself in their bed after her 30th birthday celebrations and the mess was found the day after by their housekeeper. He claimed it was definitely the fault of Heard or one of her guests, and the housekeeper told the court she believed the faeces was human. Heard maintains it was one of the dogs, telling the court it was “utterly disgusting” to claim that it was her doing, or the fault one of her party guests. In texts after the incident, Depp refers to Heard as “Amber Turd”.

In texts revealed in court, Depp calls women “sluts” and ‘fat ugly whores’, also calling a woman a “worthless hooker” at one point. He also described Vanessa Paradis, his ex-wife with whom he has two children, as a “withering cunt”.

Heard admitted in court that she had hit Depp, but only once “in defence of my sister”. She then told the court: “I remembered information I had heard [that] he pushed a former girlfriend – I believe it was Kate Moss – down the stairs”. Depp’s legal team retorted that she was making it up as she went along.

This feels like the appropriate way to end this article. Here it is.

• Forget Gigi’s pasta cupboards, this is some of the worst celebrity home decor of all time