In a Facebook post, he began saying he needed to “unload for a minute” about people who have got famous off the back of the documentary series, which aired in March. In the middle of the huge rant, which you can read in full if you really want to, Exotic, real name Joseph Maldonado-Passage, says: “Now Gary D is being paid for interviews for the 2nd season of Netflix Tiger King.”

Hold on, a second season? Season two?! If Joe Exotic says it’s happening then surely it is, right? 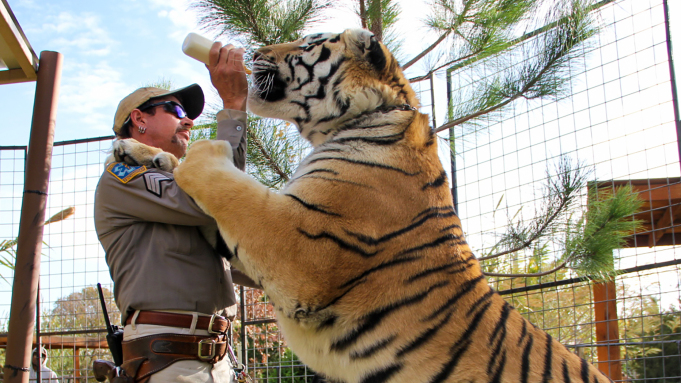 Since season one of the show aired, the drama really hasn’t stopped. Jeff Lowe dropped a casual “watch season two” in a Cameo video, Carole Baskin won the rights to Joe Exotic’s zoo and Joe responded with how livid he is, and of course all this is happening whilst Joe is still in prison serving 22-years for the murder-for-hire plot against Carole Baskin.

The producers of Tiger King also seem pretty keen on the idea of more episodes. They’ve said in the past they have loads more footage, which alongside the every growing number of dramas in this case, would make for more than enough content.

In an interview with Entertainment Weekly, Rebecca Chaiklin, who co-created the show, said: “To be continued. I mean, yes we have a crazy amount of footage and it’s a story that’s still unfolding. We’re not sure yet, but there could be a follow-up on this story because there’s a lot that’s still unfolding in it, and it’ll be just as dramatic and just as colourful as what has unfolded these past few years.”

Netflix is still yet to confirm if a season two of Tiger King is happening. So, watch this space.