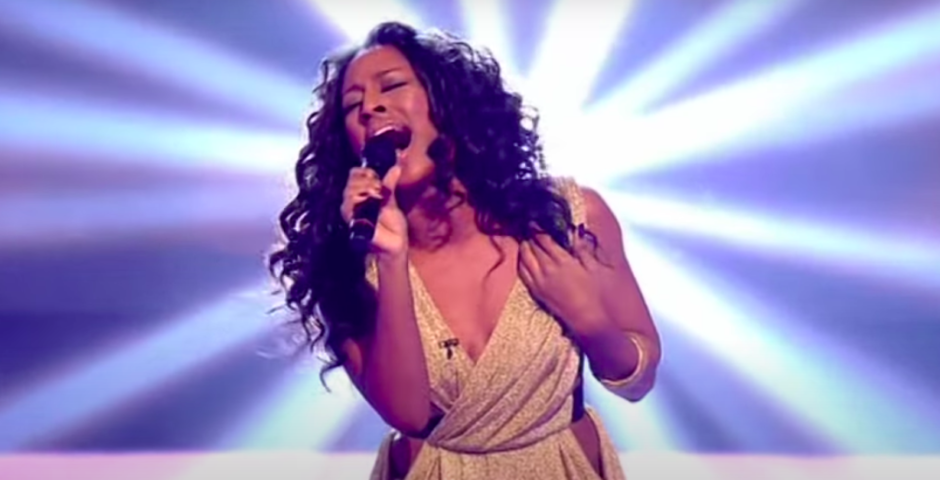 Vote: Which was definitively the best performance on The X Factor?

Back in the day when reality TV wasn’t just Love Island copy-pasted across various scenarios, we had The X Factor: a veritable pantomime of karaoke, petty drama, and high stakes emotion. It was, and I cannot stress this enough, the best thing ever. I say was, because The X Factor very much still exists, but in truth the show stopped being good a long time ago.

In those days the performances were generally pretty bad, but every now and then a contestant would briefly morph into a pop star and deliver a banger that blew your 10-year-old mind. But of all the series (and by all I mean 2006-2014) which was the best? Well it is now time to decide that. We’ve included one per contestant in the name of fairness. Let’s go:

Leona being on The X Factor was a bit like when you were at school doing PE and there’s always that one kid who competes at a county or national level and who wipes the floor with you at everything. This is the moment when they should have just declared her the winner, tbh.

Could have included some of his zanier moments but I’ll be nice to him on the basis my mum cried to this when he did it.

I know it feels like a fakeout to put Alex singing Hallelujah in the featured image then pick this song but It’s my vote I’ll do what I want. Alexandra was famously consistent in her run and there were any number of her performances that could have gone here but we’ll go with Listen because then you can vicariously vote for *that* duet she did with Beyonce. Everyone wins.

Looking back at JLS on The X Factor and it’s a lot of them in suits singing Westlife which initially struck me as odd before I remembered Lous Walsh was their mentor. This was the only performance from them in which they looked like the modern popstars they went on to become.

A lot of people sleep on Ruth Lorenzo and you know what? That’s UNFAIR because this was wild. She went on to represent Spain at Eurovision and honestly fair play to her.

Joe felt like a Pop Idol contestant in that he came on without much baggage, had a nice voice, sang some nice songs and went home. Like Alexandra he was pretty good the whole time but this was probably his best showing.

There are a lot of moments in the Olly Murs chronicles which could have been prevented had but one person with some foresight stopped him. But alas Olly Murs was allowed to sing this and it’s regarded by his fans as his definitive performance.

The best part of this is the pre-performance footage of them rehearsing in front of Whitney Houston and her absolutely loving it. The moment they re-enact the dialogue is possibly the best moment on the show.

Amazing that Matt Cardle was on the most watched series of The X Factor and later became one of its most forgettable alumni. This is really nice, though.

Rebecca deserved better. There’s a lot of red going on in this performance which is a bit garish but you can’t deny she nails it.

It is a well established fact One Direction only learned to sing about two years after they were on The X Factor. But we’re including them here for posterity’s sake.

At the time, Cher Lloyd was touted as the closest The X Factor had ever come to the bleeding edge of pop culture, but despite all the rapping her most memorable performance on the show was this moving ballad.

I think everyone who watched this was just slack-jawed at the audacity to put both of these songs together, throw in bongos and then have the dancers make sex faces the entire time.

Before The X Factor slipped away into obscurity, it chucked up one last bona fide pop star in the form of Little Mix, who really came into their own at this very moment.

Idk what was going on here but as you can see Gary Barlow is really into it. I don’t want Gary to beat me up so I’ll give Marcus his clout.

Only on The X Factor would you have a contestant voted out in week one, only to be voted back into the show to replace a contestant who’d been chucked out for doing cocaine, then sing The Show Must Go On of all things.

A lot has been said about Misha B and the incredibly sad way her X Factor journey was torpedoed by Tulisa and Louis Walsh, but we will always have her singing Rolling In The Deep and rapping.

He might have pissed it up the wall immediately after winning, but while James Arthur was on The X Factor he was probably the most original performer the show had seen. Case in point, there is a dubstep breakdown in this performance. Can’t say fairer than that.

In his critique of this song Gary Barlow was like “everyone’s waiting for that F sharp descending” which is some nerdy musical mumbo jumbo I refuse to understand. I think he’s referring to the bit where she sounds like a whistle.

It was difficult including anything from the 2013 series because it was so catastrophically bad, but Hannah here probably should have won it off the back of this performance here. She didn’t. In fact she didn’t even come close.

Okay let me weave you a tale. Fleur was pretty amazing while she was on The X Factor, but hadn’t had ~that~ moment you need to have if you’re gonna win the whole thing. The semi finals roll around and Fleur’s gearing up to sing Superbass by Nicki Minaj. A fine choice, sure, then a decision is made to swap it for Uptown Funk. At that point, the song hadn’t even been released in the UK. As you can see, Fleur kills it. Her cover of the song promptly shoots to the top of the iTunes chart, prompting Mark and Bruno to drop it early. It was like The X Factor had briefly regained its spark, like a dead fish having a final spasm, but it didn’t last.