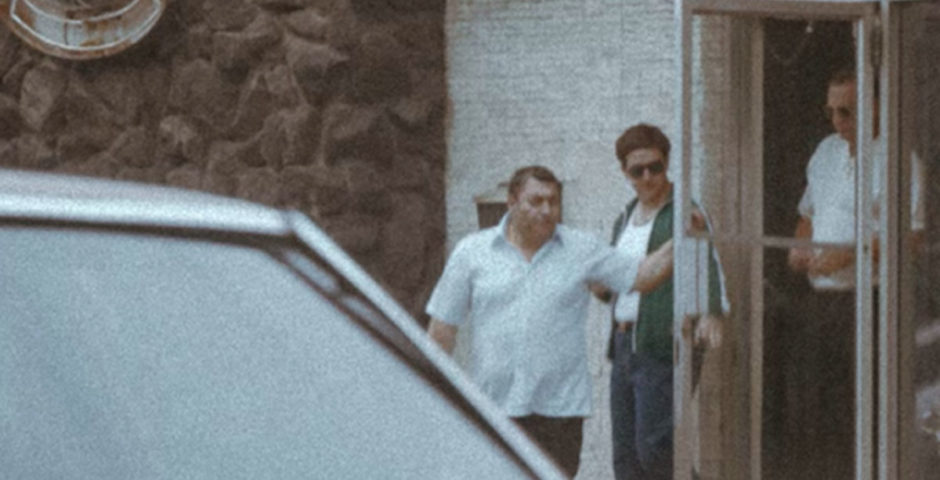 Netflix’s latest true crime doc, Fear City: Fear City vs The Mafia, dropped earlier this week and has already been called “tremendous” and “gripping”. It looks into the FBI’s investigation of the five Mafia families in New York.

These five families held an incredible amount of power throughout New York and they were the Genovese, Gambino, Lucchesse, Bonanno and Colombo. Throughout the three part series Netflix shows how the FBI bugged these five infamous families in order to bring them to justice.

Fear City provides some information on the families, but this is everything you need to know about the Colombo Family, a deep dive if you will into the youngest Mafia family.

How did the Colombo Family start?

The Colombo Family was founded in 1928 and is the youngest of the five Mob families. It was founded by Joseph Profaci, who moved to New York in 1921 from Sicily.

Profaci lived in Chicago for a number of years before moving back to Brooklyn in 1925 where he ran an olive oil import business. At this point he also had a small gang operating and occasionally did business deals with a Florida mobster.

In Brooklyn there were a number of gangs including Frankie Yale’s. However Frankie was murdered by one of Al Capone’s hitmen. His death allowed Profaci and his brother-in-law, Jospeh Magliocco, to take over some of Yale’s territory in Brooklyn.

A few months later another Brooklyn gang leader, Salvatore D’Aquila, was murdered. In order to stop a war breaking out between the gangs in Brooklyn over D’Aquila’s territory a Mafia meeting was called.

The meeting took place in a neutral location of The Statler Hotel in Ohio and resulted in Profaci being given a share of D’Aquila’s territory.

The creation of the Mafia Commission

However Luciano and Maranzano were both plotting to kill each other, and Luciano ended up having Maranzano killed in April of 1931. Luciano then created the Mafia Commission, which included the Columbo family, then known as the Profaci crime family.

Why did the name change to Colombo?

The Profaci family ended up with a different name after the first family war, which happened in the early 1960s.

Joseph Profaci demanded $25 every month from all his soldiers in the family. One of his captains Frank “Frankie Shots” Abbatemarco controlled an illegal lottery which made him $2.5million a year. However he stopped paying any money to Profaci.

He ended up with a debt of $50,000 and Profaci allegedly ordered Joe Gallo, another captain, to kill Frank. There is a lot of debate as to whether Gallo did play any part in this murder.

Frank was killed, which then led to a war between Joe Gallo and Profaci. However it ended when Joe Gallo was sent to prison for murder and Profaci died of cancer.

Joseph Colombo became head of the family after telling the Commission of other members’ of the Profaci Family’s plans to assassinate them.

What do the Colombo family do and where are they based?

Over the years members of the Colombo family have been arrested for loan-sharking, drug trafficking, extortion, murder, racketeering and illegal gambling.

Michael Franzese who features in Fear City was once part of the Colombo Family and managed to make $240 million from selling bootleg petrol.

Though their origins lie in Brooklyn the family now operates across New York including Long Island and Staten Island. They have also been known to operate in Boston, Florida and Arkansas.

What is the Colombo’s family links to the McMillions scheme?

The McMillions $24million scam involved members of the Colombo family. Jerome P. Jacobson who started the whole scheme had a chance meeting with Jerry Colombo who became his accomplice in the scam.

In the HBO doc about the scheme Jerry’s wife Robin explained how Jerry had connections to the Colombo family through someone called “Uncle Dominic” who was thought to be a pseudonym for someone high up in the Colombo family. At one point there was even an advert that featured Jerry winning a new car.

Jerry died in 1998 in a car accident and Jerome found new accomplices.

Where are the Colombo family now?

The family has been through a number of leaders in their near 100 year period. Carmine Persico ruled from 1973 until his death in 2019 and the current Boss is unknown.

Authorities have said the Colombo Family is the weakest of the five families.

•Who are the real Gambino family? The Mafia crime group from Netflix’s Fear City