These 27 memes about Fatal Affair on Netflix are much, much better than the actual film

I’m never getting that time back

Sometimes I wonder if Netflix makes crappy, trash films on purpose. We all go wild for them on Twitter, slate them to an inch of their life and feel absolutely obliged to sit and watch every second and join the trash talk. The latest comes in the form of Fatal Affair and as expected, the memes are something else.

The film tells the story of Ellie. She appears to have the perfect life: a great job, loving husband, golden daughter and gorgeous house. But then David turns up – he’s an old school friend who ends up becoming completely obsessed with her after they (nearly) hook up after all the years. Sound familiar? Probably because there’s about a million other films which follow this premise.

But anyway, it’s a mess of a film and everyone is living for it. We can’t get over how bad the acting is, some of the ridiculous moments and quite frankly, how they did Scott that dirty I’ll never understand. Here are the best memes about Fatal Affair on Netflix. I promise you, they’re better than the film was.

#FatalAffairNetflix #FatalAffair
I don’t get why Ellie was complaining about her marriage like they live on the beach her husband cooks they’re still making out and having shower sex after being together for TWENTY YEARS like what’s the issue pic.twitter.com/ZBFafSPot3

David killed multiple people, tried to kill her best friend, kidnapped her family and beat her/her husband. AND SHE TRIES TO SAVE HIM AT THE END??? #FatalAffair pic.twitter.com/0jSYGZOK0C

4. I can’t believe you’ve done this

It’s 6:55 AM and I’m awake wondering why they left my man Scott on the porch😕 #FatalAffair

I don't consider that an affair… more like a quick lapse of judgment.. #FatalAffair #FatalAffairNetflix pic.twitter.com/JaKJxq4iGq

7. I was YELLING at my screen

You pick up the tree log and not the gun #FatalAffair pic.twitter.com/0TxPwqaHDJ

Just watched #FatalAffair. The most developed character in that movie was the house 🥴

So I finished #FatalAffair and….. I’m confused. Where was the “affair”? pic.twitter.com/iX3A40E95f 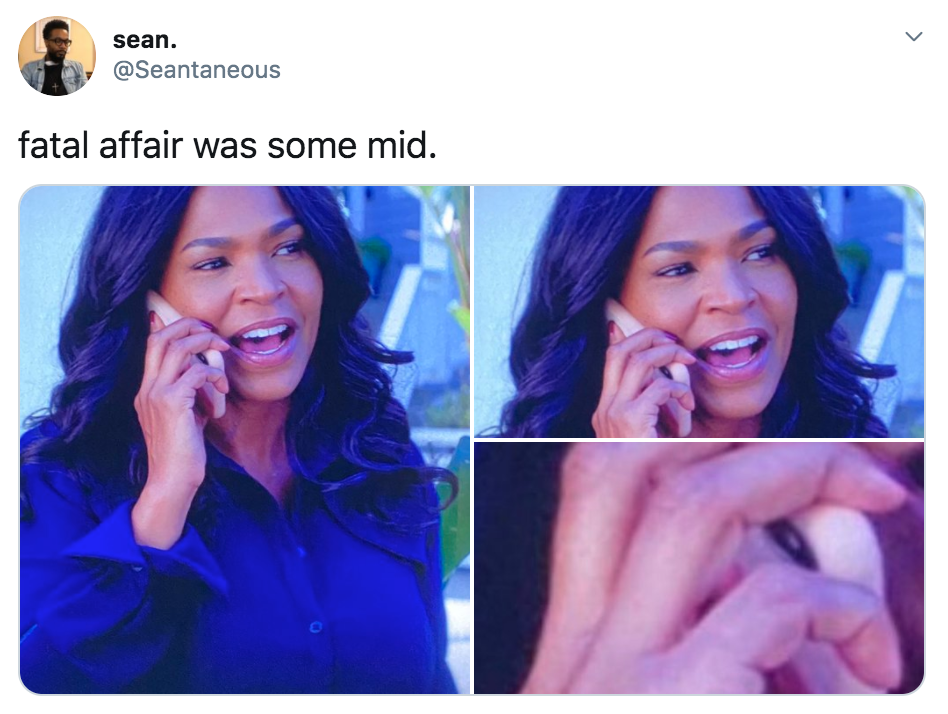 Fatal Affair on Netflix was A Fatal waste of my time

Lol I'm so mad the movie was called Fatal Affair and they ain't even have sex 😩😂 where was the affair? She just got her neck sucked on lol

13. What is happening here?

Who goes to the DMV and takes a pic like this 🤣🤣🤣 #FatalAffair pic.twitter.com/2X6KJKMDoH

Fatal Affair is such a bad movie it’s disrespectful.

15. She was just disrespectful as well

18. Honestly this is exhausting

TELL YOUR DAMN HUSBAND!!!
This is all I have been screaming for 40+ minutes #FatalAffairNetflix #FatalAffair

19. I still can’t believe this happened?

I know there was a whole psychopath in #FatalAffair but the most problematic character for me was the concierge in David's building who, without issue, just handed over a key to one of her resident's apartments with a wink to a total stranger. pic.twitter.com/2CpA2fNgL8

#FatalAffairNetflix #FatalAffair
Courtney is stupid as hell how tf you gonna take the word of a dude you just met over someone you say is your best friend pic.twitter.com/LJ1QsB5fTl

So the grown ass daughter and her baby hairs skips merrily back to school? And they hype to move back to the city? When a damn boy DIED?? #FatalAffair pic.twitter.com/GDybG6rZyy 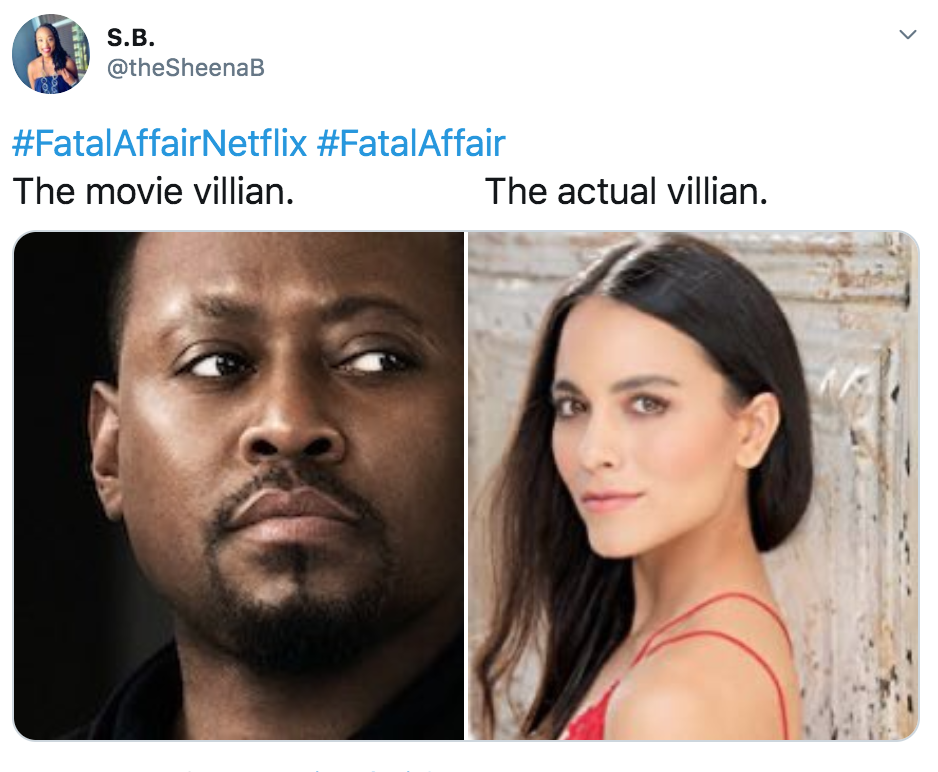 23. You can just tell they don’t want to be there

Watching Fatal Affair and did Omar Epps forget how to act?

How his head up in one scene but down on the steering wheel in the next scene, but it’s back up in the scene after that 😂 #FatalAffairNetflix #FatalAffair pic.twitter.com/2RyT49voe4

We could’ve went the whole year without Fatal Affair.

Fatal Affair is available on Netflix now. For all the latest Netflix news, drops and memes like The Holy Church of Netflix on Facebook.