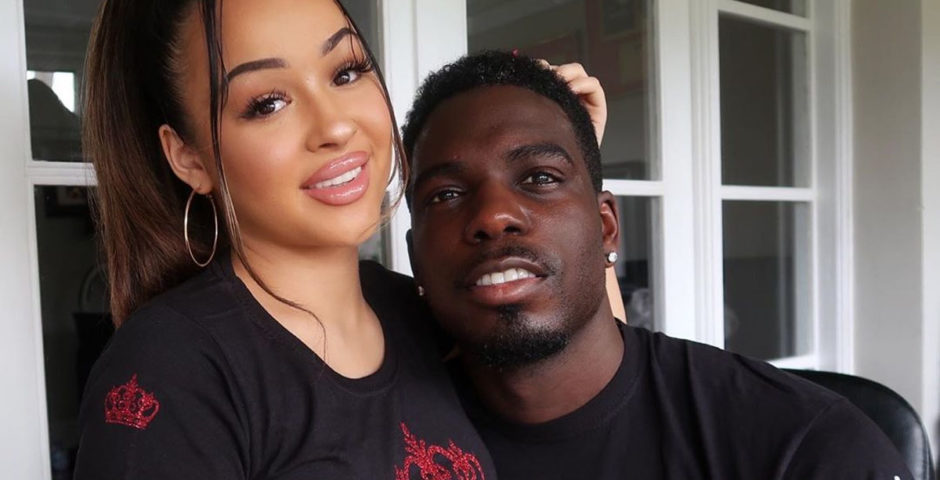 Love Island’s Marcel is expecting a baby with his girlfriend

It comes after their tragic miscarriage a year ago

Love Island’s Marcel Somerville has announced he is expecting a baby with his girlfriend Rebecca Vieira.

Marcel told OK! the happy news and revealed he found out seven weeks ago when Rebecca entered his studio with loads of pregnancy tests.

He said: “I was in the studio with my headphones on and she tapped me on the shoulder. She had loads of pregnancy tests in her hand, just to make doubly sure.

“It was crazy! It’s my first baby and I’ve been waiting a long time for this, so it’s just mad.”

Happy Anniversary @rebeccavieirax my sweetness! Mad spending our anniversary on lockdown but there’s no one in the world I’d rather be spending 24/7 with mama. Love you so much! We’ve had a mad year, if they only knew! But we’re here about to start the next 365 Let’s Go, I’m so ready ♥️♥️♥️ 🤱🏽💍🤷🏿👀♥️♥️♥️

Marcel and Rebecca have been together for 14 months and this really happy news comes after their tragic miscarriage they suffered last year.

In the interview with OK! Rebecca said the miscarriage brought them closer. She said: “It was hard to go through but it really did bring us closer together.”

The two met at Libertine nightclub in London in 2018 and exchanged messages on Instagram before getting together. When asked if they knew the sex of the baby they said they didn’t know yet, and didn’t have a preference but Marcel wouldn’t mind a boy.

He said: “I haven’t got a preference. Obviously a little me wouldn’t be too bad for the world, but a little Rebecca would be equally a great blessing.”

Marcel also commented he is planning on marrying Rebecca, he said: “I don’t want to give too much away, I’ve got certain plans. I know this is the woman I’m going to spend the rest of my life with. There will definitely be wedding bells.”

Marcel and Rebecca’s baby will be born around a similar time to his fellow Love Island cast members Camilla and Jamie’s baby. Please say they are planning play dates already.

•Love Island babies: These are all the cast members who have had children

•Love Island’s Camilla and Jamie are having a baby!

•Jack Fincham just announced via Instagram that he’s a father