Rule one of life: Don’t get a star sign tattoo

This year has been nothing short of horrendous. Given everything going on in the world right now, it’s fair to say that it would take something quite significant to make matters worse. Perhaps a second wave of the virus? But then that is sort of expected at this rate. Maybe a second and tighter national lockdown? That would probably be for the best, actually. Oh wait, I know! What about throwing in a brand new fucking star sign that no one can pronounce and rejigs the entire system so much that you basically don’t even know who you are anymore? Yeah, that’ll do it.

Allegedly, the 12 signs of the zodiac you all once knew and loved are a big lie. There is actually 13 star signs. The newest member to the group is Ophiuchus. This means that every sign’s dates have moved around.

Alexani paid £120 pounds for his tattoo and he doesn’t even believe in star signs. Fairs.

When chatting to The Tab, Alexani revealed that his instant reaction to the news was shock, he said: “I was obviously shocked considering how much I paid to get it done. The shock has since turned into anger and denial, I refuse to be a Virgo.”

However, after having a few hours to reflect on the recent news, Alexani has since decided that he doesn’t really mind it. He told The Tab: “In all fairness, I wouldn’t be so close minded to being a Virgo. It’s just the fact that I went through three hours of being stabbed with a needle for it all to be for nothing!” Perhaps the biggest pain of all is the financial pain after wasting money.

Even Lauren’s mum and sister got matching tattoos, pure chaos. Lauren told The Tab: “I mean, it is quite annoying. I will still class myself as a Virgo but then I will let things naturally progress into Leo. Not quite sure what to do about the tattoo, I have got matching with my mum and sister so we are all in the same boat. It’s a story to tell, for sure!”

Like many others, Mel is going to stick to her ‘old’ star sign, she feels as though she does not identify with the traits of a Virgo. She told The Tab: “It’s super annoying because I was so much like the Libra traits and I’m nothing like a Virgo, but then again my tattoo could always be something that was once part of my life, as I was born a Libra.” 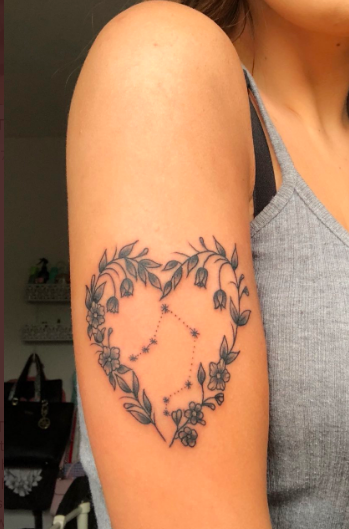 Mel said that because her traits match a Libra, it makes sense to stay this way. Which is understandable, especially since she told The Tab she is planning on keeping the tattoo because it is “part of my life and it still has meaning!”

What could actually be worse than having future astrological star sign tattoos ruined? Liv has it tough, she told The Tab: “I was a Scorpio and now I’m a Libra apparently. But, I’m still going by Scorpio, that isn’t changing.”

After having her tattoo for two years, Liv had also decided she wanted more. She revealed: “It’s really annoyed me as I wanted to get my element sign tattooed which was water but now it is air. I am really into astrology too so that is why I got it tattooed because it means something to me! And now it has all gone to shit.” Firstly, I didn’t know we had elements. Secondly, I’m sorry you’re going through this Liv.

And the people we spoke to aren’t the only ones livid with the news:

The Vivienne knows whats up

All you poor bastards with your star sign tattoos 😂😂😂

Quite unfortunate that it’s on the thumb

Imagine getting a tattoo of your star sign only for NASA to tell you that your sign has changed. pic.twitter.com/1fsuj8iiKZ

So some of you girls have tattooed your star signs onto your body, and you're not even that star sign anymore! pic.twitter.com/ilnT9moSbT

It is a thousand times worse if it’s your mums

Guess who got their ma’s star sign tattooed on them and now it’s changed✌🏻✌🏻 https://t.co/wGl2hP1TKf

I know your Wednesday could be better, pal

Imagine getting a tattoo of your star sign two weeks ago but wake up to find you’re no longer a Gemini but now a Taurus. How’s your Wednesday? pic.twitter.com/NCsa5XE4J1

• If horoscopes had their own Tinder bios, this is exactly what they would be