Yep, should’ve been a vet

If you want to be absolutely sure of getting a grad job, you should’ve studied veterinary science.

Over nine in 10 veterinary science grads end up with jobs, the highest proportion of any degree subject, according to stats from HESA, based on what the class of 2018 are up to 15 months after graduation

At the bottom of the pile, 68 per cent of history and philosophy grads are employed, and only 63 per cent of combined subject grads – meaning nearly a third of people who study these subjects don’t end up with jobs.

Of course, these grads could be unemployed or just doing a panic masters.

How likely is your subject to get you a job? Check out the table: 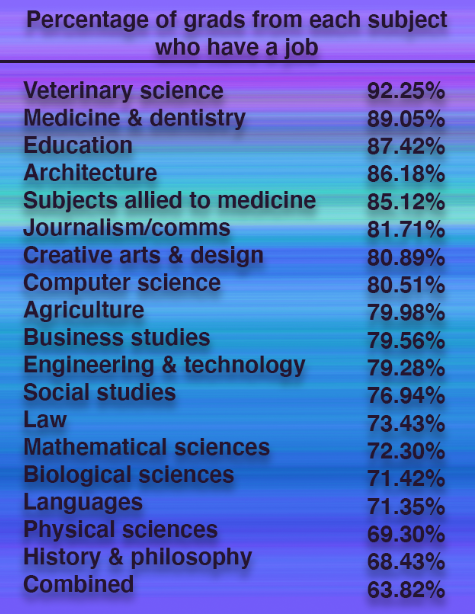 • Ranked: If you study these degree subjects, you’re the most likely to be unemployed

• It’s official: These are the Russell Group unis most likely to leave grads unemployed