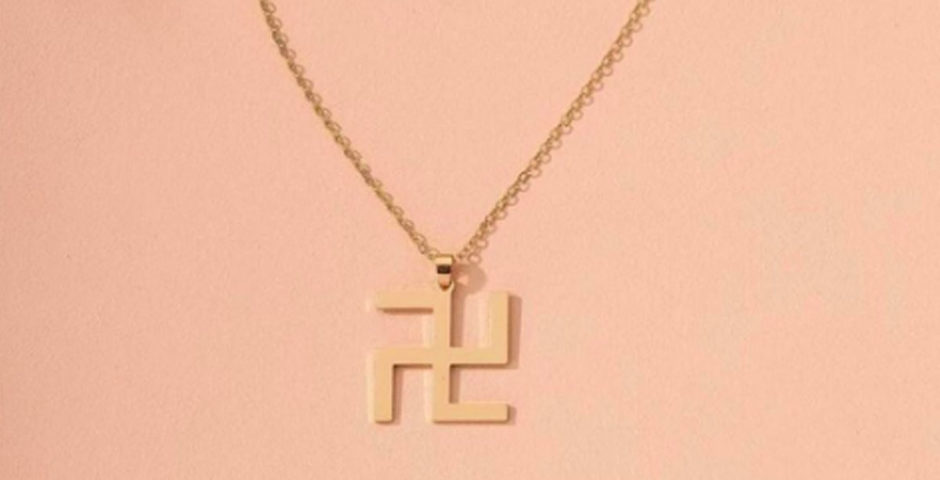 SHEIN has apologised for selling a swastika necklace

They’ve since removed the product from site

Fast fashion brand SHEIN has apologised for selling a Swastika necklace after influencers and people on Twitter called them out for selling the product.

Marissa Casey Grossman, aka Fashion Ambitionist on Instagram, shared pictures of the Swastika necklace on her Instagram page and slammed the brand for selling them.

HOLY FUCK. I have zero words. I will NEVER be buying from @sheinofficial @shein_us EVER again. This is a company that I’ve bought from so much over the years and to see this is ABSOLUTELY disgusting. I didn’t believe this when I saw it— so did a simple search on their site. And, there it was. @diet_prada “Metal Swastika Pendant Necklace Check out this Metal Swastika Pendant Necklace on Shein and explore more to meet your fashion needs! https://api-shein.shein.com/h5/sharejump/appsharejump?currency=USD&lan=en&id=1385709&share_type=goods&site=iosshus “

A post shared by MARISSA CASEY GROSSMAN (@fashionambitionist) on Jul 9, 2020 at 9:47am PDT

She wrote: “HOLY FUCK. I have zero words. I will NEVER be buying from @sheinofficial @shein_us EVER again. This is a company that I’ve bought from so much over the years and to see this is ABSOLUTELY disgusting. I didn’t believe this when I saw it— so did a simple search on their site. And, there it was.”

Many people on Twitter expressed their outrage over the item and the threat they perceive it having to the Jewish community.

in case u needed another reason to boycott shein: they are selling fucking SWASTIKA NECKLACES. this is ACTIVELY THREATENING to the jewish community. i’ve seen you all posting about other issues but being silent on antisemitism – do NOT let shein get away with this. pic.twitter.com/gReEmW4Tyi

The brand has since apologised for selling the necklace and removed it from site. They said they were not selling a Nazi swastika and it was actually a Buddhist swastika that symbolises “spirituality”.

They said: “SHEIN was not selling a Nazi swastika pendant, the necklace is a Buddhist swastika which has symbolised spirituality and good fortune for more than a thousand years. The Nazi swastika has a different design, it is pointed clockwise and tilted at an angle. However, because we understand the two symbols can be confused and one is highly offensive, we have removed the product from our site.”

SHEIN apologised for offending people and said they do not condone or support racial and religious prejudice.

They said: “As a multicultural and global brand, we want to apologise profusely to those who are offended, we are sensitive to these issues and want to be very clear that we in no way support or condone racial, cultural and religious prejudice or hostility.”

“We are a global and all-inclusive brand and we are taking extreme measures to ensure that all items are cleared through a rigorous vetting process before we retail them.”

The necklace which was being sold for $2.50 has now been removed from the site. The swastika symbol was originally used by Hindus, Buddhists, and Jains as a symbol of good fortune. However Hitler and the Nazis stole the symbol and changed the angle. Their version of the swastika is now associated with anti-Semitism and and Nazism in the western world.

•Boohoo has been dropped by ASOS over exploitation claims

•Ranked: How transparent fast fashion brands are about how their clothes are made