So glad I didn’t study law. Not because of these particular stats, it’s just boring

Law grads are the most likely to be unemployed after finishing uni, new stats have revealed.

6.5 per cent of law grads end up unemployed 15 months after graduating, according to data released by HESA, placing the subject top of a list its students will no doubt have an objection to being top of.

Second on the list is computer science, followed by business studies grads. Medics and vets are the least likely to be employed. Less than one per cent of vets end up unemployed, so it’s a safe bet.

Overall, you’re less likely to be unemployed if you did a science subject. This shouldn’t be a shock. 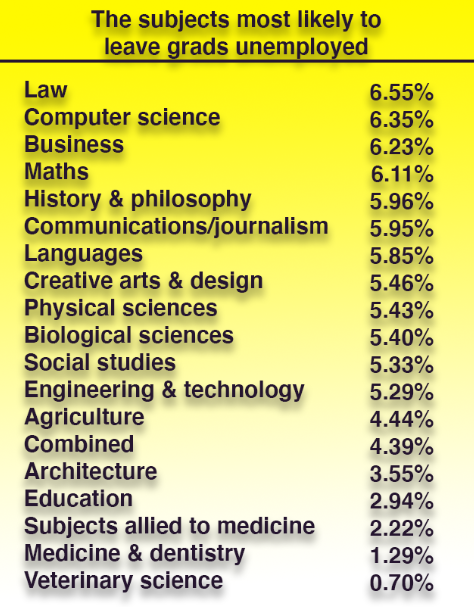 The data is based on students who graduated in 2018 and were then surveyed 15 months after graduation. Obviously, this is probably going to be massively different for this year’s graduates, facing a mega-recession as they enter the world of work.

• These are officially the best uni halls in the country