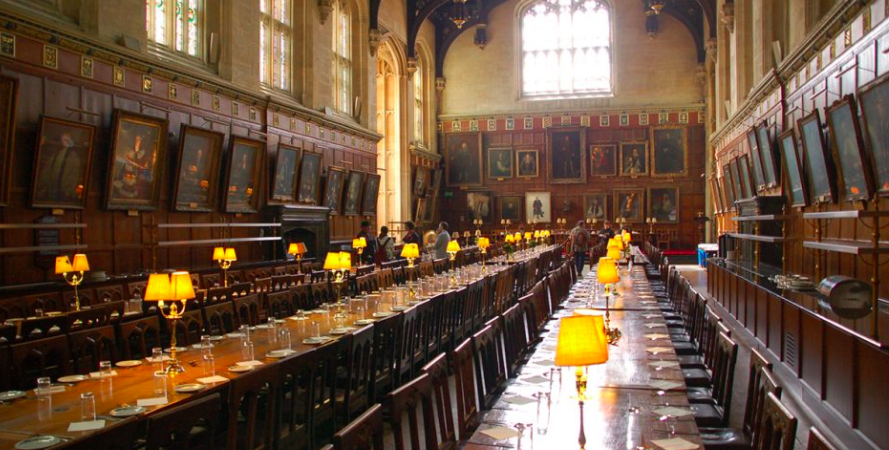 A member of an Oxford Uni college rowing club poured booze over a picture of George Floyd at a lockdown party.

The student, a member of the Christ Church Boat Club, also called two other students “state school cunt” at the party, and was dared to pour wine over a picture of victims of American police brutality.

One person has resigned from a committee position after the incident, which is understood to have been filmed.

According to a transcript of a conversation seen by The Tab, the party took place in America with a number of students from US universities also in attendance.

During the party, the student had a conversation where she argued: “I don’t care if statues go down, it doesn’t fix racism.” The student argues the sentiment was “not intended as a racist one, but perhaps was implicitly so.”

In response, she was dared to pour wine on a Black Lives Matter poster to “prove it”.

However, she says she wasn’t aware what was on the poster, assuming it was “some random Black Lives Matter poster”, and poured a glass of wine on it.

Emails seen by Oxford student paper The Blue show the student saying: “It was a party; and I was quite intoxicated when I did it.”

Melanie Onovo, a second year History and Politics student, who believes she was the target of the state school comment, told The Tab: “It’s not surprising to me at all. This issue needs attention and visibility to make sure this kind of racism doesn’t go unpunished.

“The situation is not surprising, but what is surprising is in an academic hub, the students are so intransigent and unwilling to listen to criticism and the lived experiences of racism of members of their own college.”

Melanie believes the comment was made because she spoke out about previous comments written by the student – and delivered by another – at a hustings in June.

However, messages seen by The Tab suggest the comment was aimed at a different student.

Oxford’s Christ Church college has been embroiled in controversy in recent weeks, after a student at a hustings compared “flour shortages” to the death of George Floyd.

After a motion submitted by Melanie asked the college to donate to the Minnesota Freedom Fund, a candidate said: “The US is facing two very important crises at the moment – the curious incident of George Floyd, and the event of flour shortage. I would like to put forward the motion that these incidents are not two, but rather one. Flour shortage leads to rioting, which leads to death, which leads to racism. And racism, leads to death, leads to rioting, and that leads to flour shortage. Really, it is just a massive positive feedback loop.”

In a post in the Christ Church JCR Facebook group, the student who poured the wine over the picture apologised, saying: “What I did was heartless. I apologise for the alienation caused, for the damage I did to some of your reputations through association, and for my arrogance and absolute disregard for others. I have been – as was so aptly said – a complete and utter embarrassment to this institution. I am sorrier than I can say. I am a discredit to myself. For what it is worth, I hate myself more than any of you could ever do.

The student added she and her family had received rape and murder threats.

Christ Church college told The Oxford Blue: “Christ Church does not tolerate racism or discrimination in any form. We have unequivocally condemned the remarks that were made at the JCR Hustings on May 31. Disciplinary proceedings are underway in regards to the remarks and other related matters. Until the investigation has been completed and all the relevant evidence has been considered, it would not be appropriate to comment further.”

“Christ Church is committed to combatting racism and prejudice of all kinds through concrete action. Last month, we announced a new partnership with Femi Otitoju, founder of Challenge Consultancy, to develop a series of listening events for all students and all staff, academic as well as non-academic. These sessions will help us find new ways to talk about race, to listen and learn, and to identify further steps to address issues around racial equality, diversity, and inclusion. The process will help us develop a long-term action plan that will review our training provision and set new goals intended to make a real impact.”

Christ Church Boat Club told The Oxford Blue: “Christ Church Boat Club unequivocally condemns racism and unjust inequality in all forms. The world is reacting to deep rooted injustices, and the Club stands with those changing the world for the better. Two of our members were directly involved in the incident that occurred at JCR Hustings and we have been recently made aware of further allegations against one of the individuals involving a video and use of some unacceptable language. We condemn their actions in Hustings and have made clear to them that such behaviour will not be tolerated in our Club and community. One of the individuals in question resigned from their committee positions and neither will be considered for crew selection until we have fully investigated these allegations. In order to ensure we reach the correct and just outcome, this investigation will most likely conclude after college concludes its disciplinary proceedings and we are aware of as much of the information as possible.

“Recent events have given us reason to reflect on our Club and on our sport. The reality is that our sport is not nearly diverse enough. We have been liaising with Fulham Reach Boat Club on how we can enter a partnership with them to make lasting change. FRBC is a charity which aims to improve diversity in rowing and access to the sport. We hope to launch this partnership at this year’s Christ Church Regatta, by raising funds for FRBC and, if circumstances allow, opening the regatta up to their novice crews. Christ Church Boat Club is open to diversity and open to change.”

Have you seen the video in question? Get in touch confidentially via tips[email protected]