You’ve seen the headlines about the apocalyptic grad job market, but what’s the situation like for grads from your uni?

Stats from HESA, based on 2017/18 graduates 15 months after they leave uni, show just how likely your uni is to get you a job.

Queen Mary, the Russell Group uni everyone forgets about, is the most likely to leave grads unemployed, with nearly six per cent ending up without a job or further study.

Newcastle students, presumably turning up to interviews in flares, are second on the list.

In a shock result, Oxford and Cambridge grads didn’t have the lowest unemployment rates. Instead, the top spots were largely taken by London unis, presumably helped by their proximity to the Big Smoke.

However, the uni to go to if you’re the most intent on avoiding unemployment is Queen’s University Belfast.

How likely is your uni to leave you unemployed? Check out the table below: 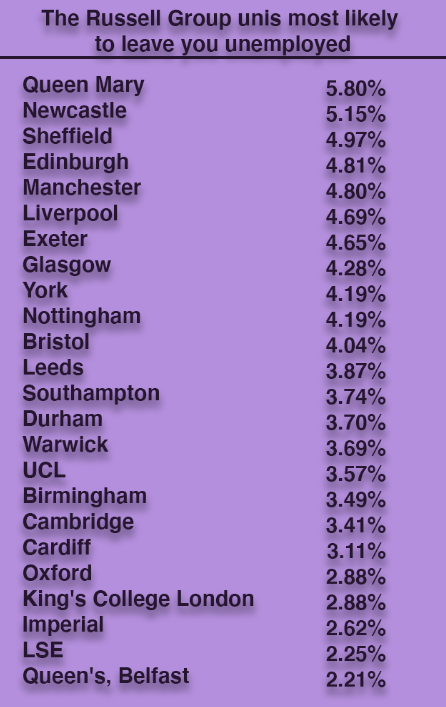