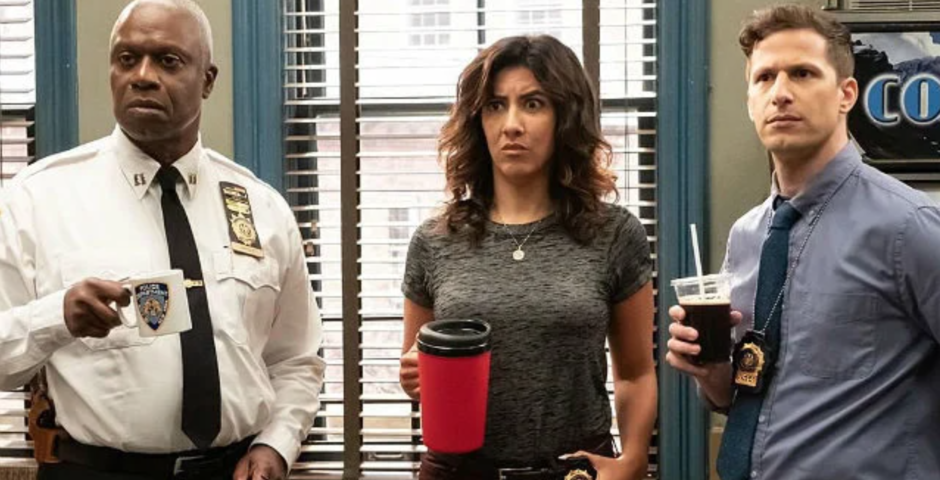 ‘We have to start over’

The producer of Brooklyn 99 has taken the decision to scrap the last few episodes of season eight, in support for Black Lives Matter protests.

Terry Crews, who plays Sergeant Terry Jeffords in the hit sitcom, spoke of the announcement to Access Hollywood, saying that they’d agreed to throw the rest of the episodes away in favour of restarting with something completely different.

the way brooklyn99 discuss issues abt racism, gender equality, lgtbtq community, and women dealing with sexual predators tho 🥺 i love this show.

“Our show-runner Dan Goor, had four episodes all ready to go and they just threw them in the trash. We’ve had a lot of sombre talks about it and deep conversations and we hope through this we’re going to make something that will be truly groundbreaking this year.

“We have an opportunity and we plan to use it in the best way possible. We have to start over. Right now we don’t know which direction it’s going to go in.”

As a television show which is heavily centred around policing in America, Brooklyn 99 has been praised for bringing to light a number of prominent discussions around race, sexuality and gender with its diverse cast – when it was cancelled by Fox in 2018, there was outcry before it was picked up by NBC the following day.

This isn’t the first statement that the team have made in regards to Black Lives Matter. At the start of June, the cast and creators teamed together to donate $100,000 to the National Bail Fund Network.

In addition to this, a clip from the show featuring Sergeant Terry Jeffords (Terry Crews) was circulated recently after the death of George Floyd, showing how he too as a character was racially profiled as soon as he would walk without his daughters.

• QUIZ: Which female Brooklyn 99 character are you?

• QUIZ: Which male Brooklyn 99 character are you?

• Brooklyn 99 quiz: Which rank would you be if you were in the nine-nine?