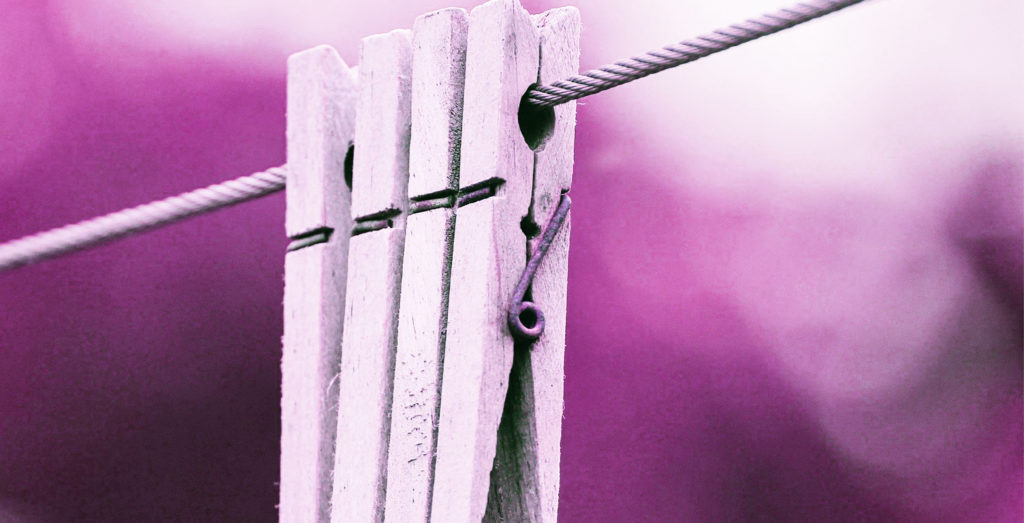 Peg-mania peaked last week when a group of boys from Liverpool went viral with a TikTok, titled “Midnight Chats with The Boys.” It shows the lads debating whether they’d actually want to get pegged. The video suggests they’d be quite into it. “Hang me out like the fucking washing, mate, please,” one of them says at one point. Unfortunately, when we spoke to them they backpedalled massively because they’re WEAK. But what about the other lovely straight men of this country? Granted the freedom of an anonymous survey would they confess that deep deep down they just really wanted to be pegged?

Well, you don’t have to ponder the answer to that anymore because that’s exactly what we did, and this is what they said:

“Feels weird when shit comes out of my arse, I don’t really fancy feeling something going in! Not against other people doing it, you do you, but definitely not my cup of tea.”

“Just ew, not my thing at all, but each to their own so…”

“I’ve never done it but sure why not.”

“Not something that I have any desire to try but it would depends on who you’re doing it with and how comfortable you feel with that person. Try everything once I guess? All I can think of is how painful it might be rather than the satisfaction I’d get from it.”

“I want to try it for two reasons: 1) I’m pretty submissive I’ll admit. The idea of being pegged is kind of a fetish I’ve had. 2) You need to experiment a little in your life. Otherwise, it’s just so boring.”

“Willing to try if it was that important.”

Me getting pegged by my Sugar Momma’s 12 inch to secure a PS5 pic.twitter.com/T8ztFU2OTx

“Odd but different strokes for different folks I guess!”

“I have no idea what that is.”

“Never given it much thought, can’t say I’m overly keen on the idea. Would probs only allow it if the person I was with was desperate to try it and we’d been together for ages. Partially think it’s a question of dominance but also the unknown. Definitely would have to be steps in between as well, not going straight for it.”

1985 Ken clearly smokes cigarettes and makes Barbie blow him while he drives his drop top corvette.

“Never understood the appeal, but people are into what they’re into. If the people involved are up for it, it doesn’t hurt anyone.”

“Whatever floats your boat.”

“Pegging is generally regarded as something quite funny. I suppose the reason for that is that if it’s not a fetish you’re in to, the role-reversal aspect is quite strange, and people laugh at things they find strange. I guess the take from that is that we have these deeply ingrained ideas in society of what the roles are in a straight relationship. It could be that these roles are based on sexual preferences that are hardwired into us – but then again it wasn’t too long ago that going down on your partner was taboo, so I think there’s an element of it being a matter of societal pressure. Personally, it’s not on my wish list. I’d imagine it’s quite painful, and I’m not sure the dynamic appeals to me. I’m quite happy taking the lead when it comes to sex.”

me joking about getting pegged and my gf makes me into it 2 days after and now i’m stuck pic.twitter.com/hCVEmrF9Jo

“Not for me, too much opportunity for disaster.”

“Personally, it’s not for me. Although, I have experimented with some lesser sorts of ass play before. I don’t think any less of anyone who is into it but just don’t bring it up at the dinner table. P.s. keep your toys clean.”

“Stay away from my fucking arse.”

• Ranking British universities on how posh their alumni are