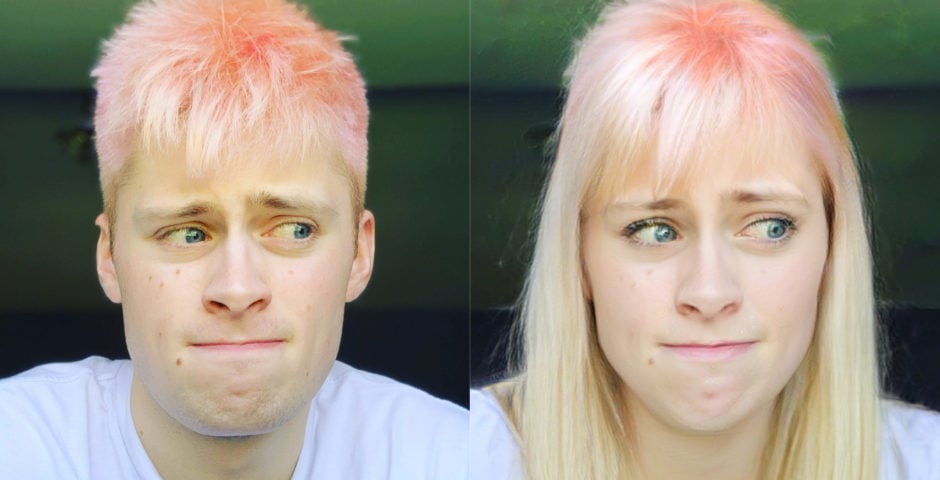 You’ve probably seen everyone editing pictures of themselves and various political figures with a new “gender swap” feature on Twitter, Instagram and Facebook. I bet you’ve asked yourself: How can I, a humble chaser of clout, perform such sorcery? Well, shocker, it’s an app and I have the link to the app in this article so I hope you’re excited. It’s not so much a gender swap feature (since gender is fluid) as it is a tool to make you look more conventionally masculine or feminine, usually by giving you a beard or long hair respectively. Anyway, the app is free, so you can have as much fun as you like making yourself look very pretty and feminine or giving yourself an ugly beard.

I’m sorry, I did the face thing pic.twitter.com/zEXxrgwxH3

Their website is here but you could also literally put the word ‘FaceApp’ into the Apple store and you’ll find it, shock.

Step 2: Pick a banging photo of yourself

I picked this nice one from when I had pink hair, hehe.

Yeah there’s a filter on it, fight me

Obviously make sure it’s a profile of your face.

Step 3: Enjoy endless seconds of clout playing with the very few free filters you have

Hilariously there is also one that makes you “more masculine” or “more feminine” depending on whether the camera decides your male or female. Mine ended up looking like this:

There are also a number of other editing options you can go for, including ones that make you brunette, but since no one wants to be brunette let’s pretend that’s not an option.

Then save the photo, tweet it to your followers who will all no doubt scroll past it because honestly who cares. At least you’ll always have it for yourself. 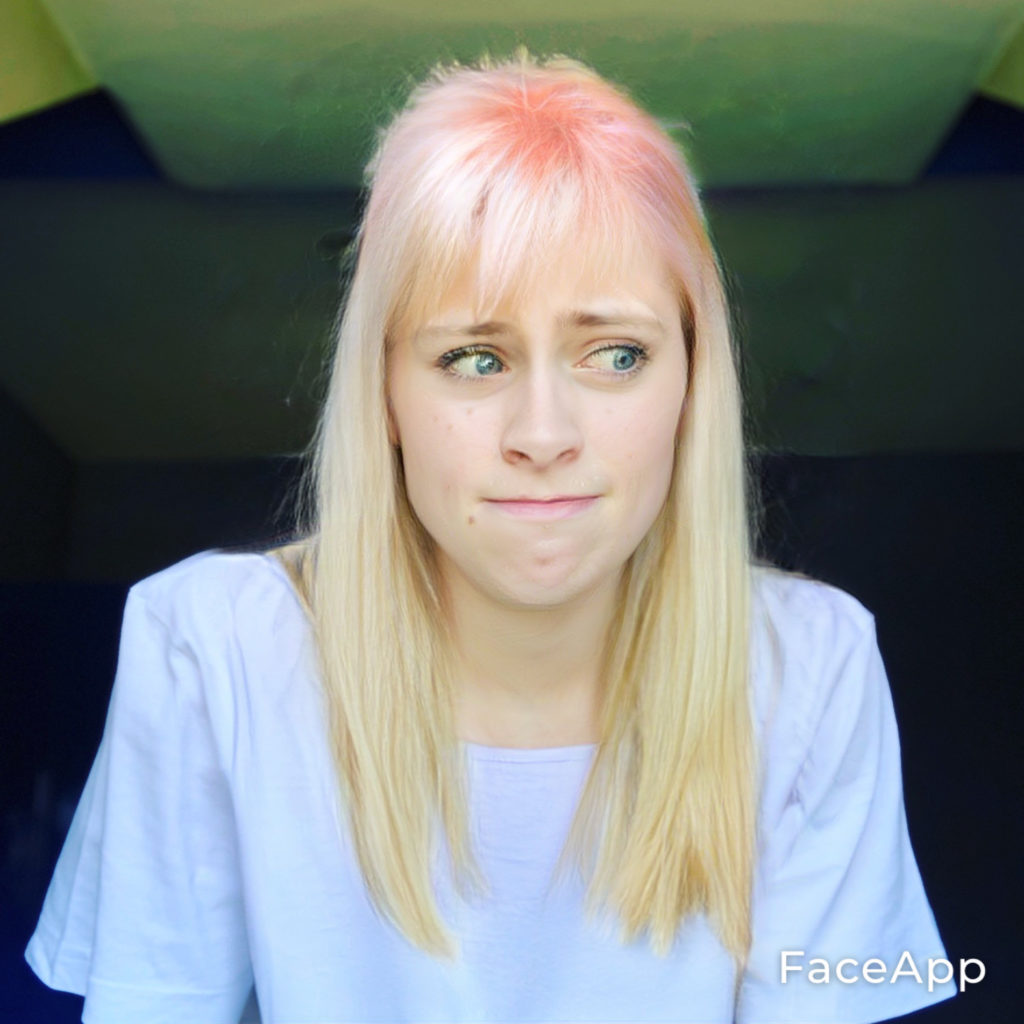 • Good news, everyone! Only a true Futurama fanatic will get full marks in this trivia quiz