Excuse me, why are Jedward sending personalised messages to people on Twitter?

For some reason, John and Edward aka Jedward are sending DMs to people on Twitter and everyone is very confused by it all.

Initially the lucky few were big media figures who quickly went viral with their screenshots, but soon every Tom, Dick and Harry got a message. I got one! And my name is actually Tom. Wow!

From the looks of it, the boys searched their own name in Twitter and dropped a personalised message to people who tweeted about them, especially if you asked nicely for a message. Think of it like Charlie and The Chocolate Factory, except instead of people getting a golden invitation for some weird adult to murder you with chocolate or whatever, they’re getting compliments from the sixth-place finishers of The X Factor 2009, which is way better. 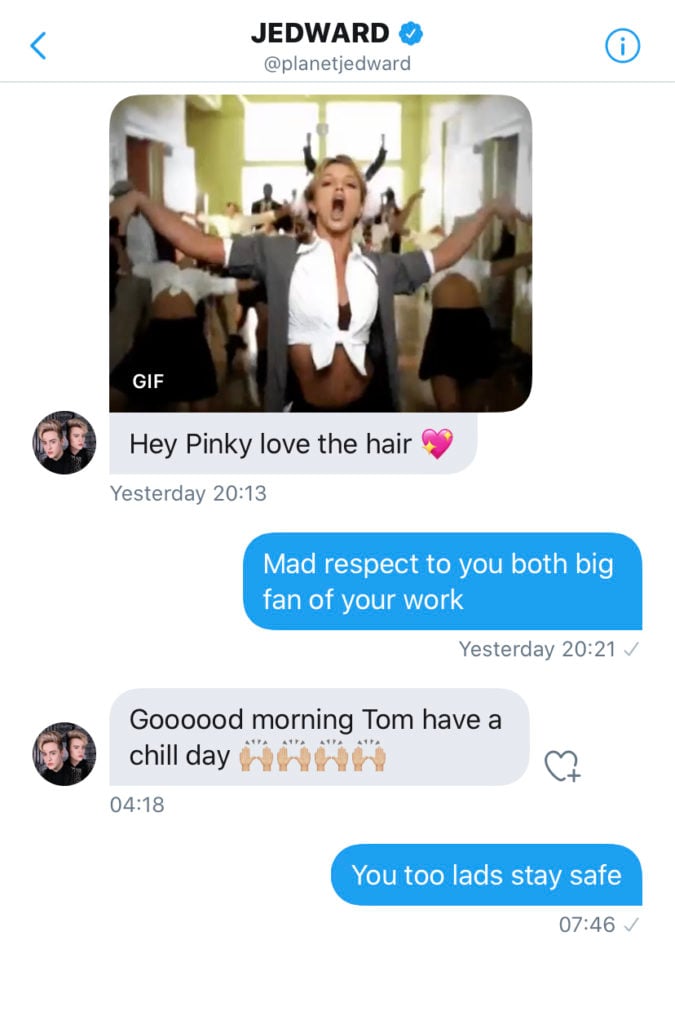 If you can’t tell I’m playing it cool

Anyway, these are all the people sharing their messages from Jedward, as well as some salty people who haven’t. Truly this was a sentence that could only have been typed in the clusterfuck that is 2020.

Alexa woke me up at 6am to tell me it’s Barry Manilows birthday and Jedward messaged me – I’m actually already over today pic.twitter.com/3Y5YtGzyIC

I cannot unsee this

Sorry guys u may have got dms off jedward too but nobody beats this pic.twitter.com/UCJsSXL9Zi

As are all accounts who got a DM from Jedward

Scroll down for a surprise

Ask and you shall receive

Who’d have thought it would piss people off that much?

You’re just jealous you don’t have one hun x

I did for the record ask Jedward via DM why they were doing this. If they get back to me I’ll let you know.