Ok let’s be real, a lot of TV shows are only good because they contain copious amounts of sex. It’s a good distraction for when there’s literally no plot or not much else to keep you entertained. Don’t get me wrong, not all sex-fuelled shows are bad though, a lot of them are some of the best television we’ve had in years. But which TV shows contain the most sex scenes of them all?

These TV shows contain the most sex scenes overall: 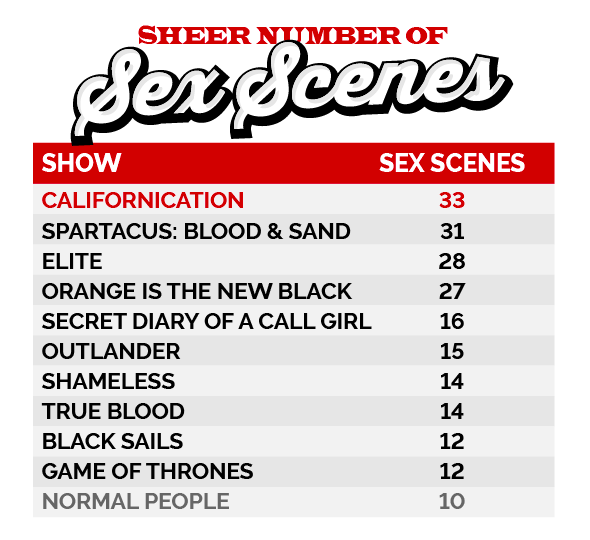 By number, Californication has the highest amount of sex scenes – with 33. It’s shortly followed by Spartacus: Blood & Sand with 31, Elite on Netflix with 28, Orange Is The New Black with 27, Secret Diary Of A Call Girl with 16, Outlander with 15, Shameless with 14, True Blood also has 14, then Black Sails and Game of Thrones have 12 and Normal People has 10.

Here are the TV shows which have the highest amount of sex scenes, by the exact minutes: 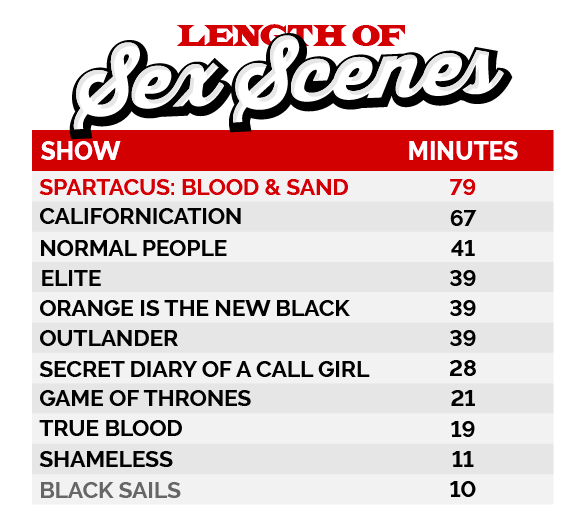 If you want a minute-by-minute break down of the scenes, then look no further. Topping this chart is Spartacus: Blood & Sand with exactly 79 minutes of sex in it, then Californication has 67 and Normal People has 41. Elite, Orange Is The New Black and Outlander all recorded exactly 39 minutes of sex, then Secret Diary Of A Call Girl has 28, Game of Thrones has 21, True Blood has 19, Shameless has 11 and Black Sails has exactly 10 minutes.

And here are the TV shows with the highest percentage of sex scenes, per the length of the series: 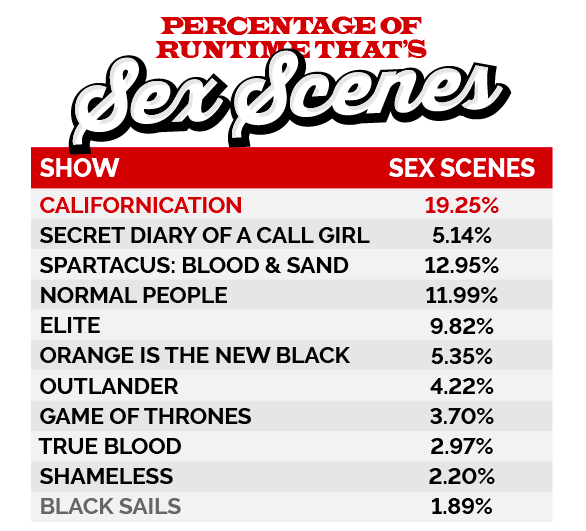 Finally, these shows contain the highest average number of sex scenes per episode: 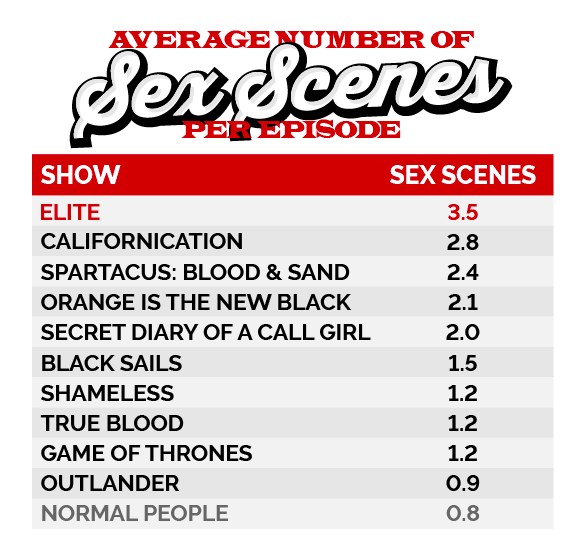 • These are the Netflix shows which lead to the most people shagging, apparently