Where would the world be without Eric from Sex Education?

When it comes to diversity, Netflix really does deliver. Some of the most diverse Netflix shows cover a whole range of ethnicities, social issues and sexualities.

Not all of these series and films are educational, but here is a selection of Netflix shows which all have the most diverse casts. From comedies and dramas to films and crime thrillers. 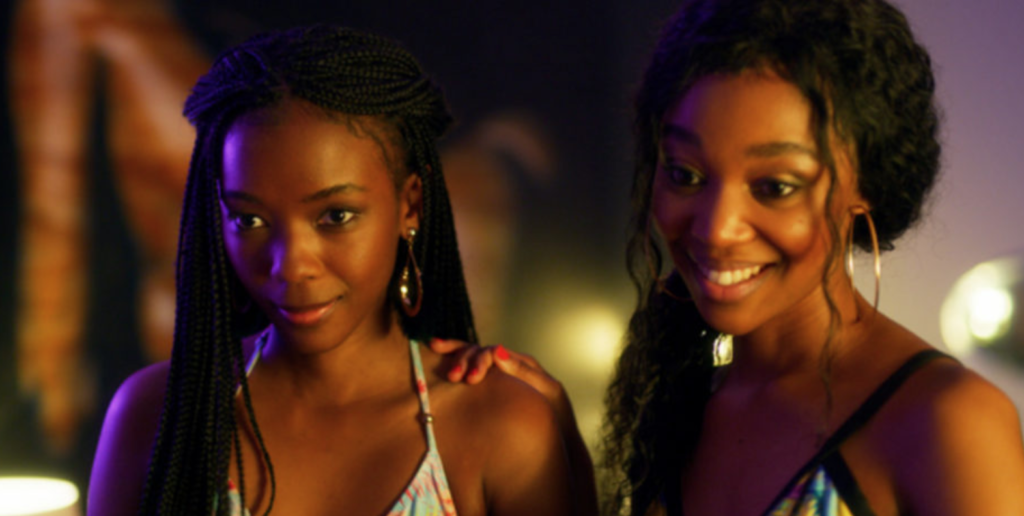 This six-part South African series is available now and is all about mystery, obsession and suspicion. Blood and Water is all about 16-year-old Puleng Khumalo. After meeting 17-year-old Fikile Bhele at a party, she begins to think she may be her long-lost sister, who was abducted at birth. Her thinking turns to obsession as she tries to connect the dots and prove her theory. She transfers to the same school as Fikile just so she can find out the truth.

Sometimes I seriously wonder where we’d all be without Sex Education. The two season long series is all about a bunch of teens who face normal teenage struggles at school. Otis and Maeve also set up a sex clinic at school, charging students to give them sex advice. Otis’ best friend, and arguably the stand out character of the series, is Eric – played by Ncuti Gatwa. He faces a lot of turmoil, being gay and coming from a religious Nigerian/Ghanaian family.

Sex Education is one of the main Netflix shows which is often praised for its diverse cast, as well as its representation of different cultures and sexualities too.

Stranger Things is one of the most popular shows on Netflix. It follows our favourite gang of kids as they discover all the crazy goings-on and supernatural monsters in Hawkins and The Upside Down. The cast includes Millie Bobby Brown, Finn Wolfhard, Caleb McLaughlin, Noah Schnapp, Gaten Matarazzo and Sadie Sink, who have all been Netflix favs ever since. 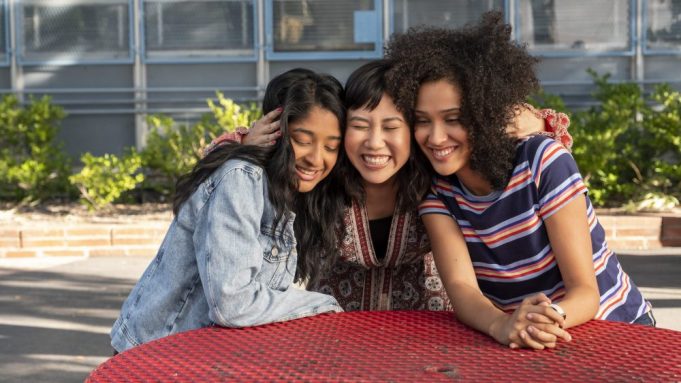 Never Have I Ever is basically all about a bunch of thirsty teens as they desperately try to grow up fast, seem cool and have sex. They face cultural, social, and sexuality issues pretty much every single day. The show follows Devi, who is struggling with a recent trauma, and her friends. The Never Have I Ever cast are fun, diverse and good-looking. If you’re looking for a show that will make you cry with sadness as as well happiness, this one’s for you.

The Lovebirds is a rom-com about a couple who are on the brink of breaking up when they get unintentionally embroiled in a bizarre murder mystery. As they get closer to clearing their names and solving the case, they need to figure out how they, and their relationship, can survive the night. 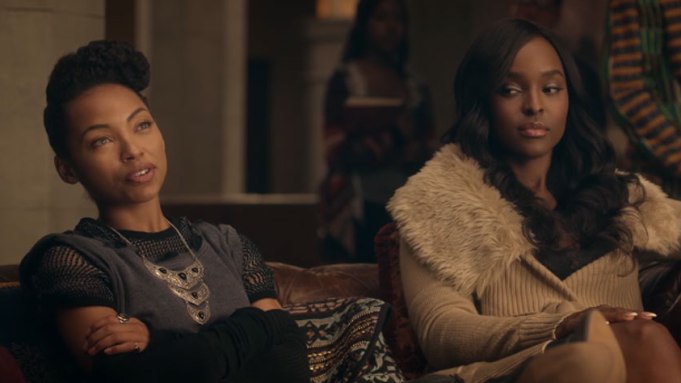 The Dear White People series is a comedy drama which follows a group of black students at fictional Winchester University, a predominantly white Ivy League college. They are faced with a lot of cultural bias, dodgy activism and politics and social injustice. 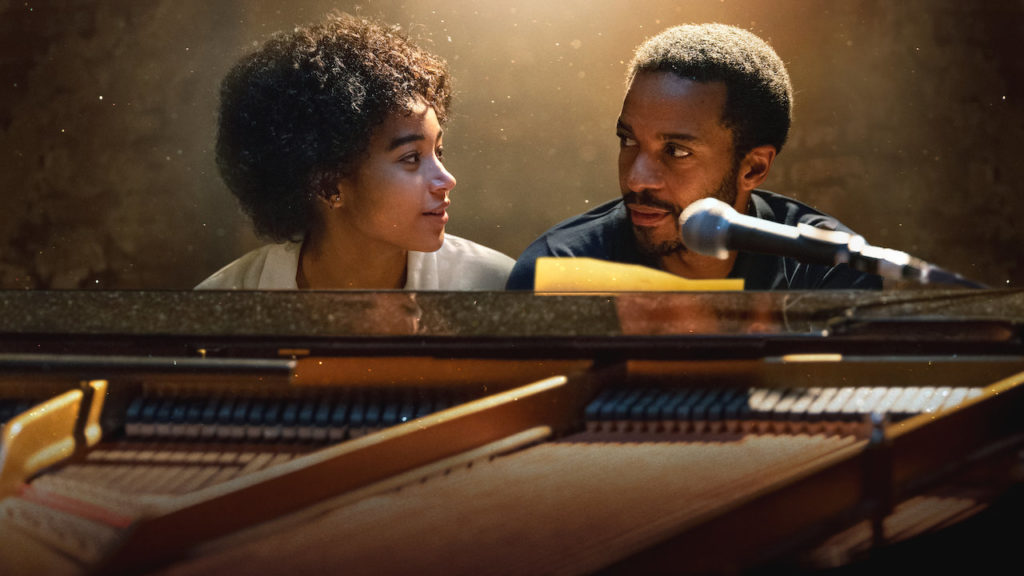 The Eddy is a gritty musical drama series on Netflix featuring a whole range of characters. The synopsis reads: “The owner of a Paris jazz club gets tangled up with dangerous criminals as he fights to protect his business, his band and his teenage daughter.” 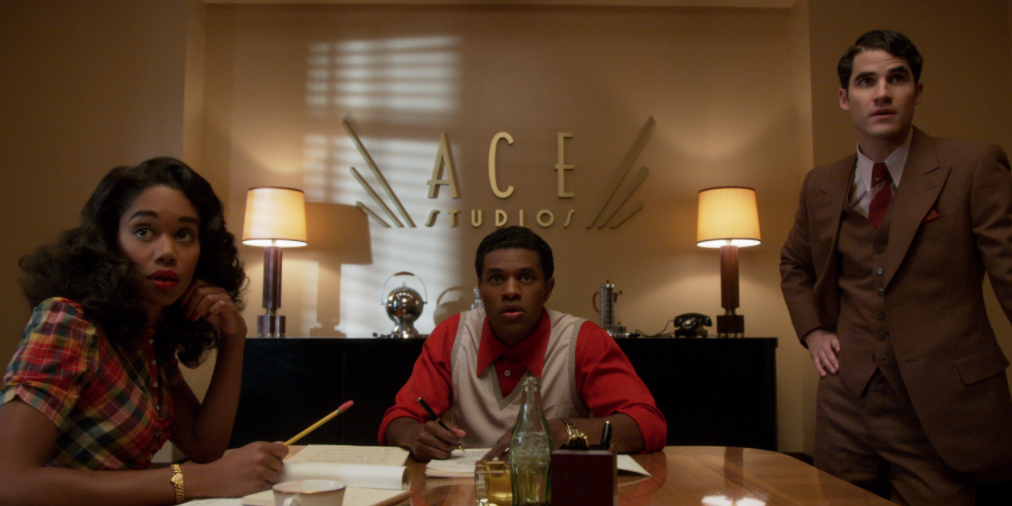 This Netflix series is a huge blend of fact and fiction. It’s basically all about a bunch of wannabe actors trying to make it big in L.A in the 1940s. The main premise of the show is diversity, all of the characters are all from marginalised backgrounds. They’re gay, women, not white, or some combination of the three. They would never had stood a chance in old-school 1940s Hollywood, but they won’t give up on their dreams.

She’s Gotta Have It 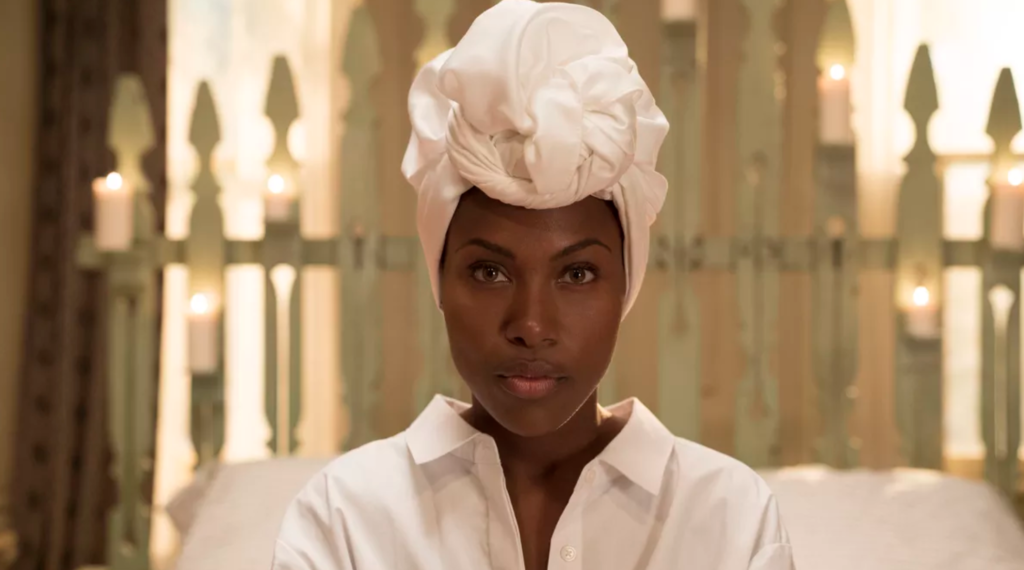 She’s Gotta Have It is a comedy drama series, based on the 1986 film of the same name. It’s about Nola, who is an artist exploring sex and open relationships with her different suitors. 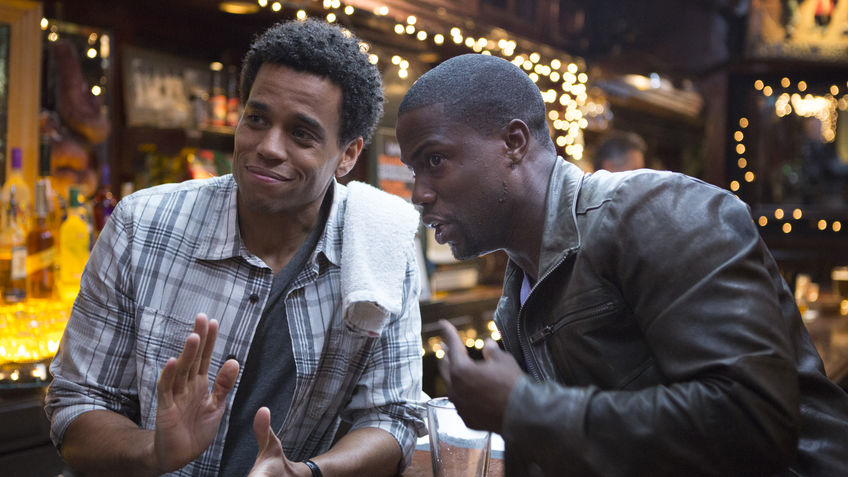 If you’re a sucker for a rom-com, you’ll love About Last Night. The hour and 40 minute film stars Kevin Hart, Michael Ealy and Regina Hall. The Netflix synopsis reads: “After a couple’s flirtation quickly moves from the bar to the bedroom, they test if their physical chemistry is enough to carry a real relationship.” 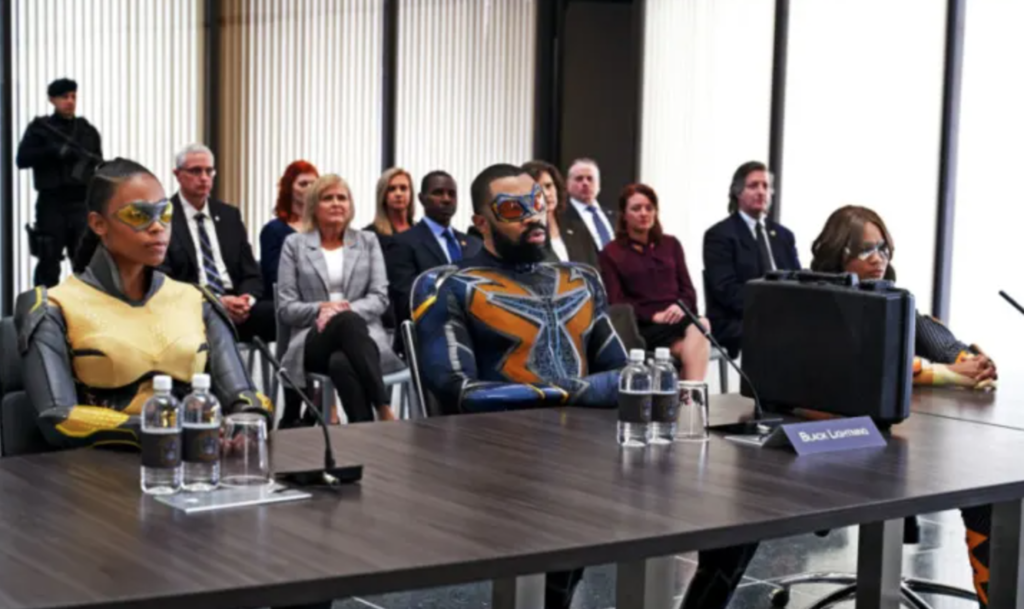 Black Lightning is a superhero drama series. It’s about a school principle, who is now retired from superhero duties. However he jumps staight back into the action, as the legendary “Black Lightning”, when a gang threatens his family.

All Day & A Night 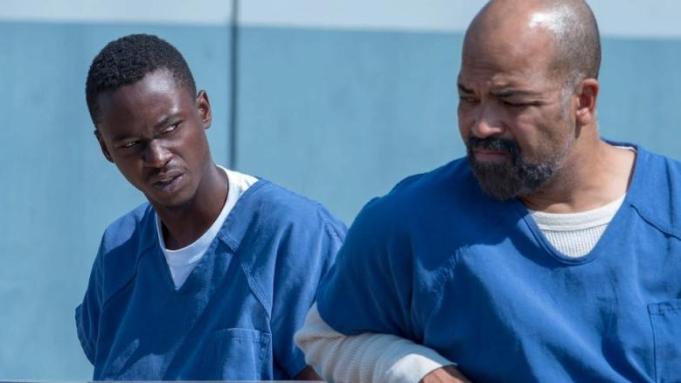 Netflix film, All Day and A Night, is all about a man who ends up serving time in the same prison as his father. We are first introduced to Jahkor as he is breaking into the house of a couple before shooting them both dead in front of their young daughter. The film them splits into three timelines – Jahkor as a child, his criminal activities and then him in prison.

The Netflix synopsis for the two hour film says: “While serving life in prison, a young man looks back at the people, the circumstances and the system that set him on the path toward his crime.” 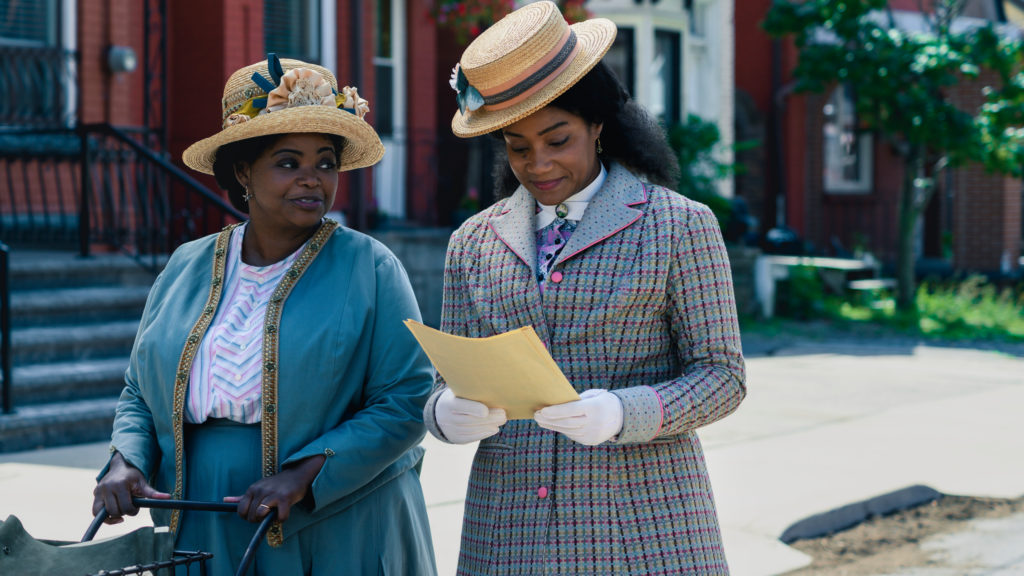 Self Made is an inspiring Netflix series all about the real life story of Madam C. J. Walker – who tackles the life of America’s first black, self-made millionaire. Octavia Spencer plays the lead. The Netflix synopsis reads: “American washerwoman rises from poverty to build a beauty empire and become the first female self-made millionaire. Based on a true story.” 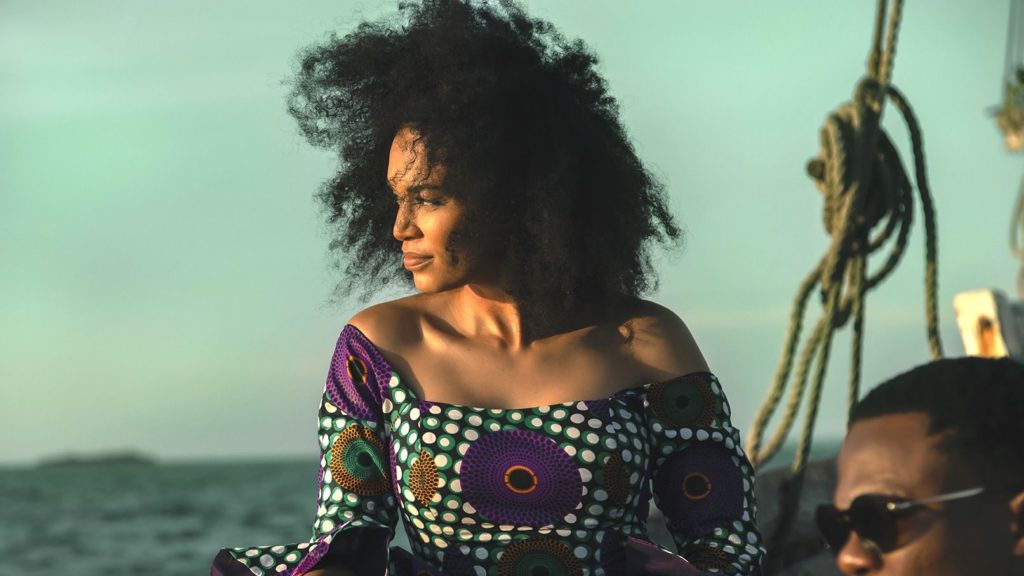 Queen Sono is a Netflix original action series all about a South African spy. She’s trying to investigate her mother’s death, when she finds herself getting tangled up in a web of dodgy business and politics. There’s currently one season, but another is coming.

Orange Is The New Black 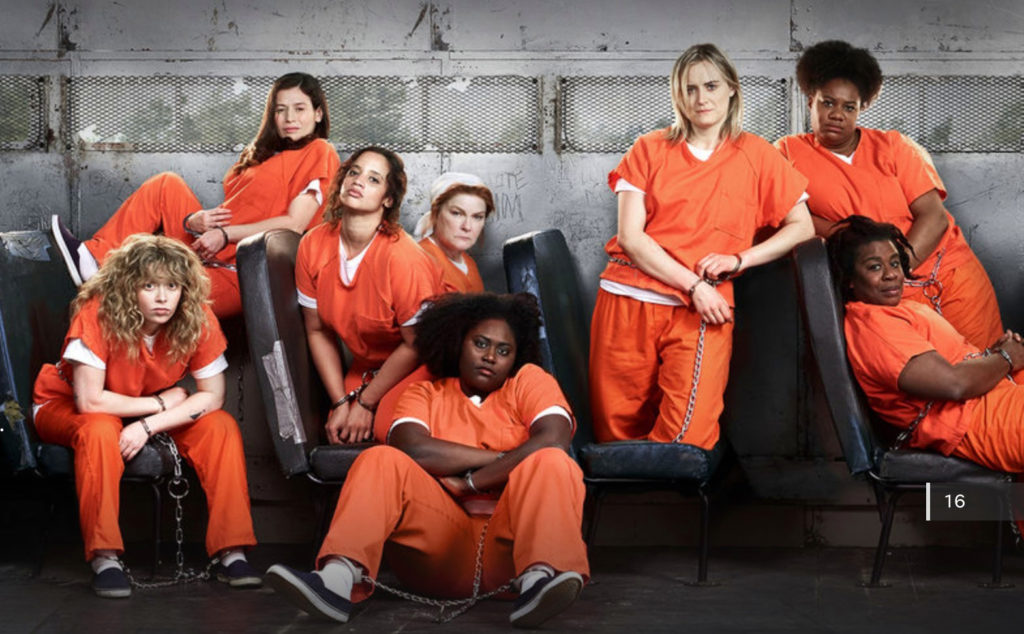 Arguably one of the most successful original shows on Netflix, Orange Is The New Black has a very diverse cast. The series is a comedy-drama which takes place in a women’s prison. The story is based around Piper Chapman, a woman whose past history with a drug dealer eventually causes her to be sentenced to 15 months in prison. 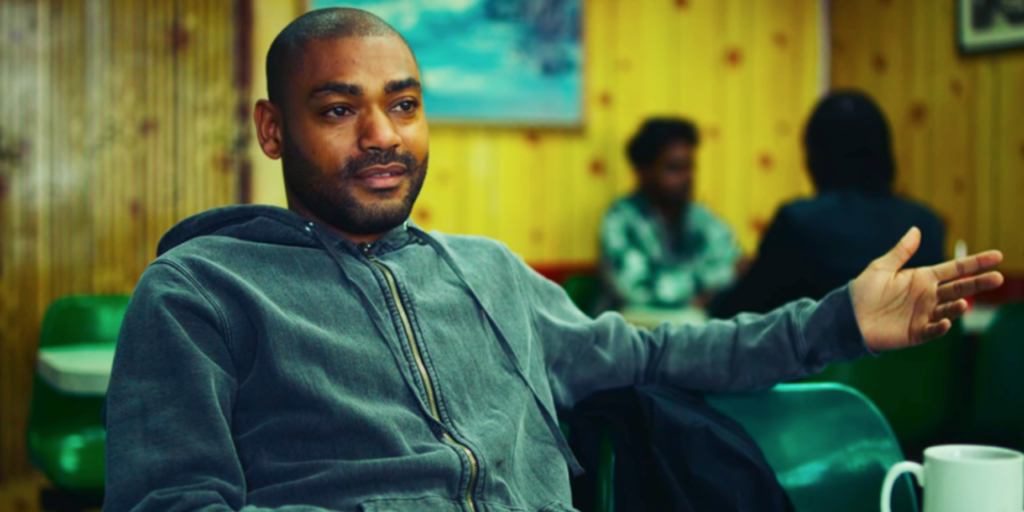 Top Boy is a British drama about drug dealers navigating the streets of London. It’s primarily based and filmed around Hackney and east London to be as authentic as possible. The cast of Top Boy is extremely diverse – including Ashley Walters, Kano, Michael Ward and Dave. 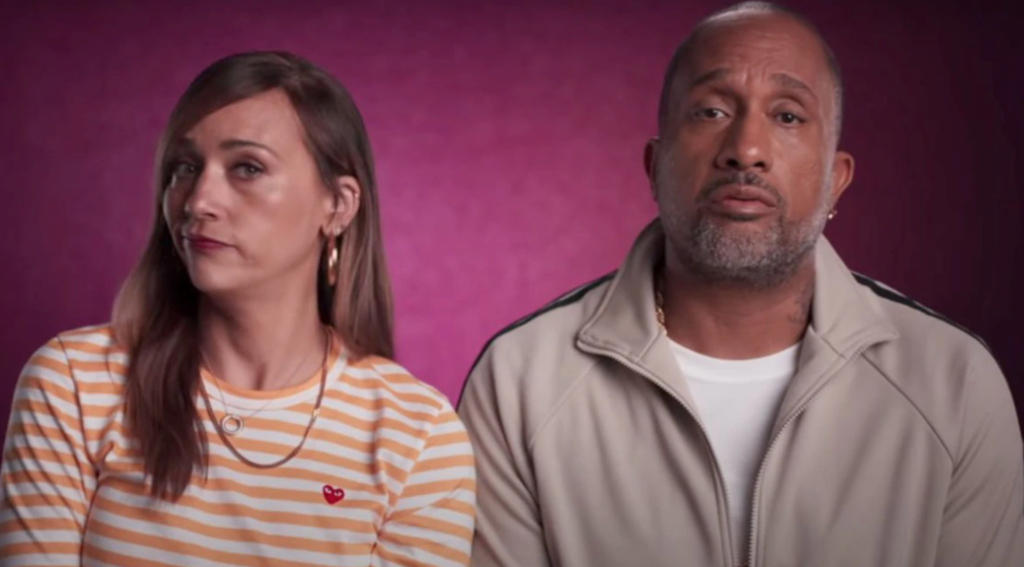 #blackAF is a Netflix mockumentary – giving a much needed honest look at the life of a parent and relationships. The synopsis says: “Kenya Barris and his family navigate relationships, race and culture while grappling with their newfound success in this comedy series.”

How To Get Away With Murder 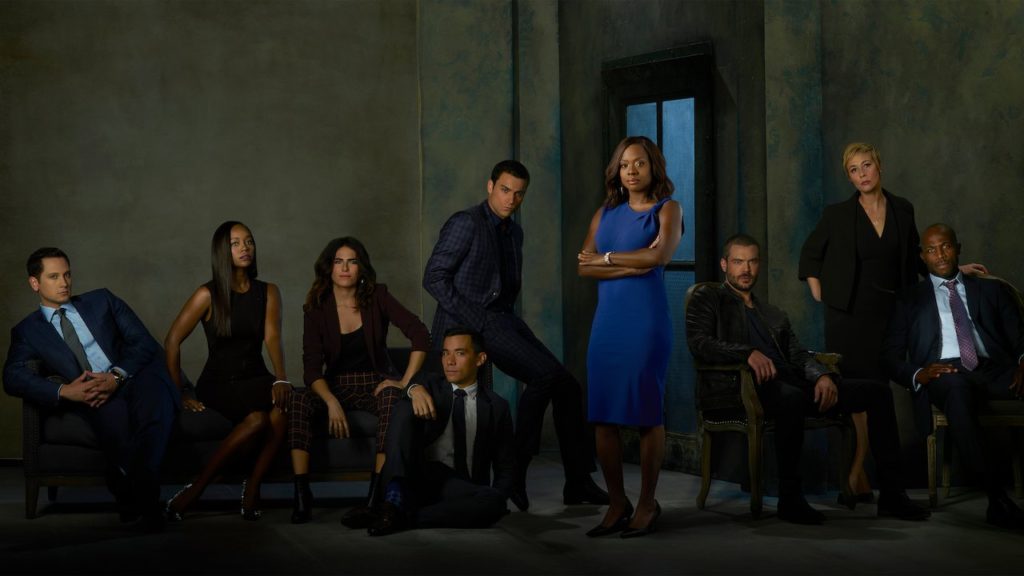 This series is about a criminal defence lawyer and professor who teaches a bunch of law students who get caught up in a murder. There are 84 episodes, which is a lot of beautiful content for you. The cast is extremely diverse, including Viola Davis as the lead alongside Billy Brown, Aja Naomi King, Alfred Enoch, Amirah Vann and Rome Flynn.

• These 17 books, docs and podcasts will help you educate yourself on race issues