If Animal Crossing characters went to British unis, this is where they’d go

Tom Nook would love it at LSE

People feel very strongly about the characters in Animal Crossing, like a little too strongly. I mean I get it, I have thought about ways to murder Tom Nook and I’ve thought about trying to seduce him so he’ll ease off my debts, but I’ve seen people do awful awful things to villagers they think are ugly or annoying. Sometimes I think we AC fans have stronger opinions about the game than we do our own lives.

We could sit here all day debating whether one villager is cuter than the other, or whether push came to shove you’d actually shove Tommy in front of a train over Timmy, but the real question we all need to ask ourselves, the ultimate assessment of what these characters are worth – yes I’m gonna say it, this is an article on The Tab dot com – which British uni should they have gone to? Here. We. Go. Lads: 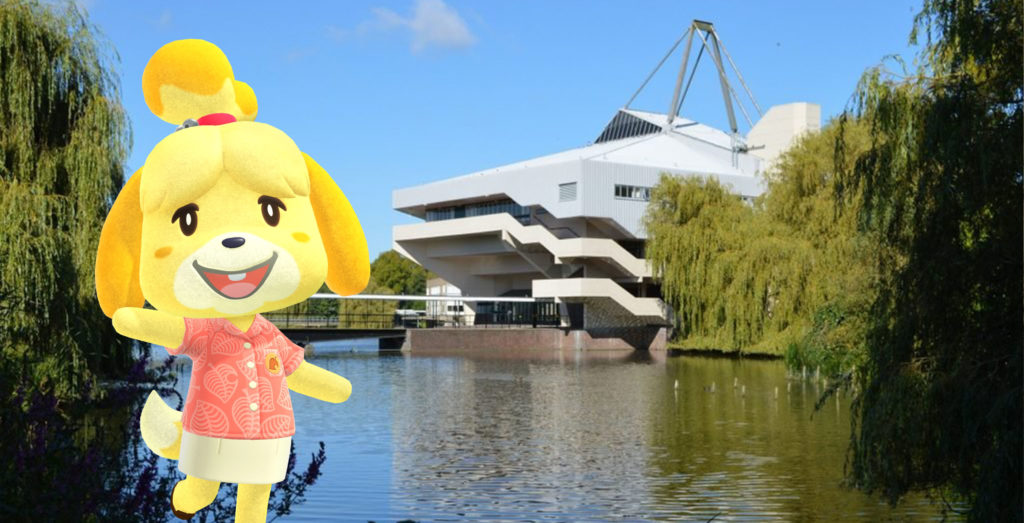 York is the most wholesome uni in existence, and it’s where you’d send your precious child if you didn’t want them to be corrupted by nasty things like drugs and boys. When she’s not battering the crap out of Mario in Smash, this is where Isabelle will be, living her best and most unbothered life in Halifax College (obv was never cool enough for Derwent). Prefers a house party to a large one Salvos, especially if it’s a birthday party she gets to plan. 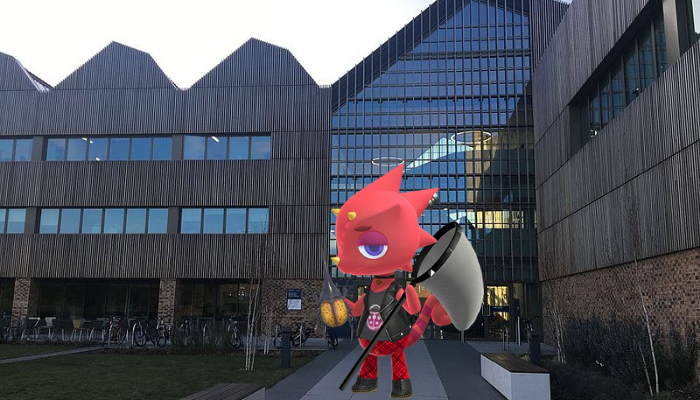 Flick is fucking weird imo, like, who is that obsessed with bugs??? UEA is the sort of uni where Flick would be welcome because students at Norwich are into weird things like collecting bugs, painting rocks, and sacrificing chickens. Yup, he’d love it. 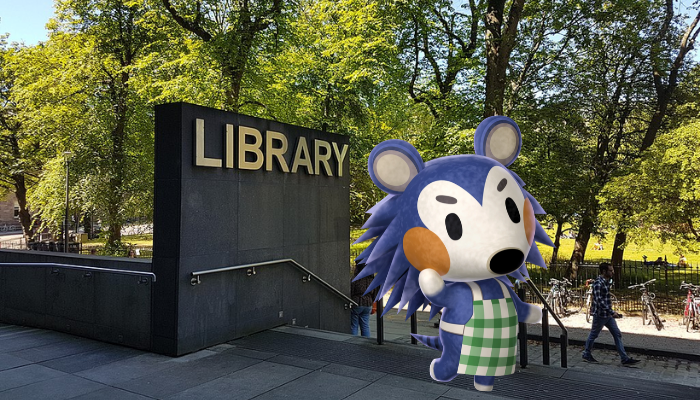 The artsy Mabel could only ever end up in the vibiest of British unis, and at Edi she would hone her craft of designing outfits in every colour in between handmade rollies. Why not go to an actual fashion college, then? I hear you ask. Well Mabel isn’t just a fashion icon, she’s also a business tycoon, and a degree from Edinburgh will set her up to make bank. 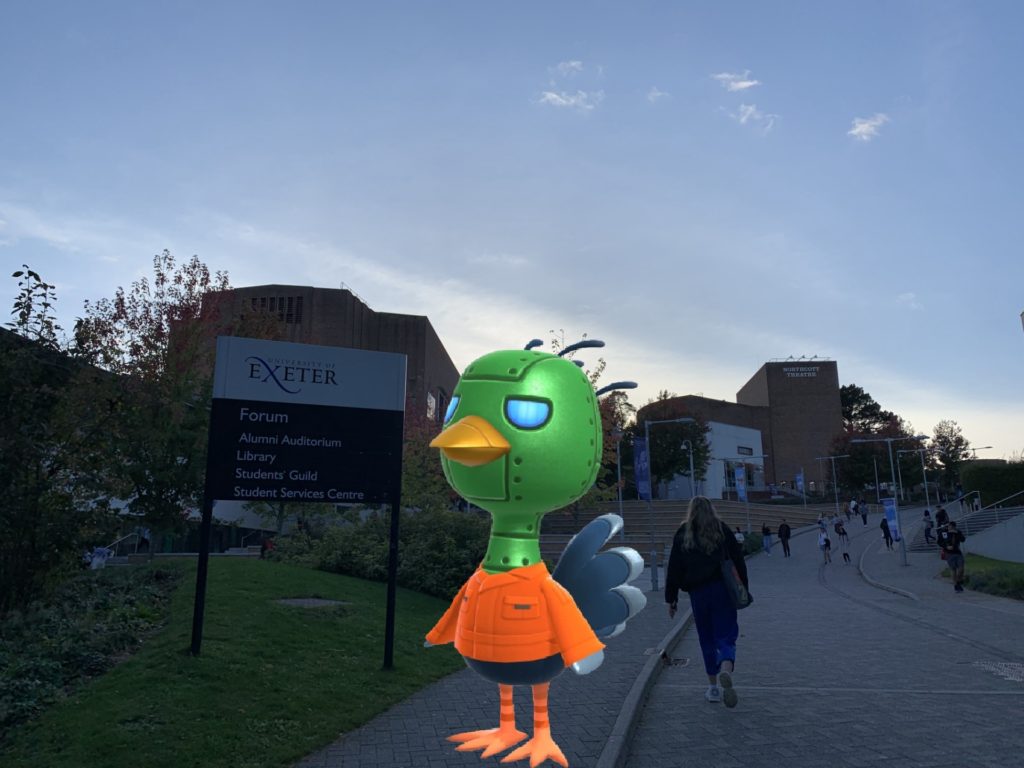 All this guy talks about is getting swole and drinking protein shakes. If this weren’t a Nintendo game he’d probably also be really into sinking pints and casual racism. Sprocket would be a rugby boy and would be all over you on the TP dancefloor, tie around his head and snakebite down his shirt.

The player (aka villager), Birmingham 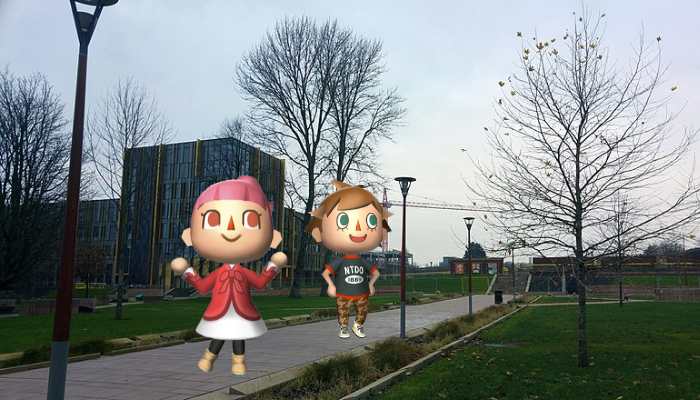 The player character can be moulded any way you like, they are the essence of genericness because they will just dress, act, and otherwise do everything they are told. Birmingham is the default setting for anyone applying to a Russell Group uni: not too elitist, middle of the road, can do a lot of things but not particularly well (and if you’ve seen the villager in Smash you’ll know this is true.) 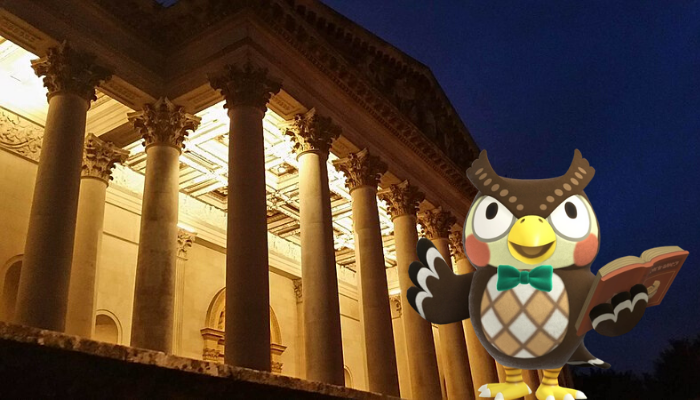 Blathers is the resident Attenborough, an animal expert and the one character in the game that genuinely gets excited at the sight of fossils and bugs. He’s a wholesome king who genuinely aligns his work with his passion and has to hold back from spouting facts. A researcher at heart, he’s likely to leave his college library at closing time, always pushing for new information. This is why every time you see him he’s looking for new species and if you try to donate him a sea bass twice he will straight up reject it for space for new creatures. He is nerdy to the point that he is literally an encyclopaedia but we absolutely love to see it. 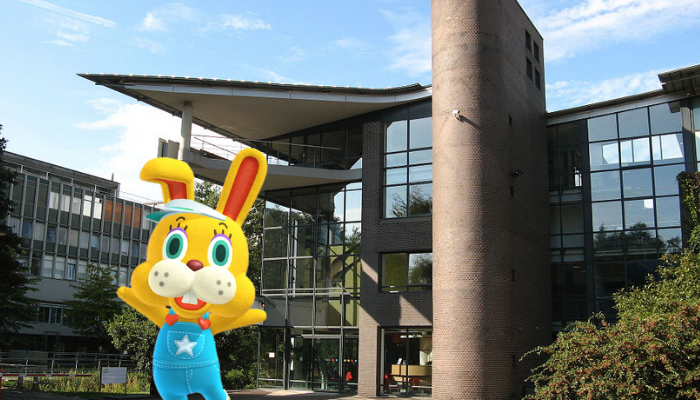 People who graduate from Warwick leave their social skills in Leamington and they never find them again. That guy stood in the corner of pre-drinks not making conversation with anyone? That’s Zipper, but don’t feel sorry for him and engage him, he’ll only start yapping about his new start-up selling eggs you don’t need. 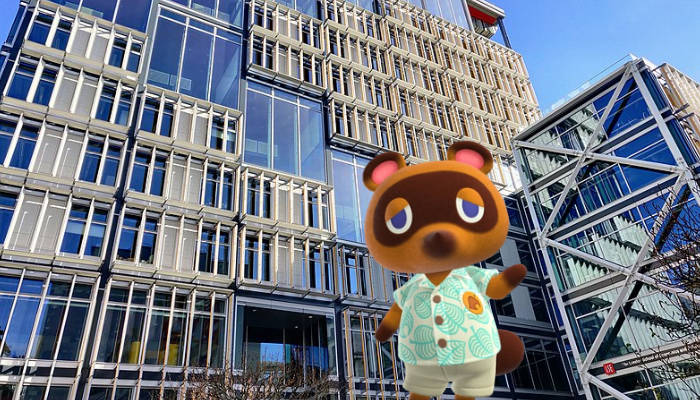 Our favourite capitalist real estate mogul could only belong to LSE. He’s not here to play games, he’s on a mission to complete every summer internship imaginable. Just like everyone else at LSE, he chose his uni based purely on graduate earnings, and you’re lowkey bitter that he’s going to earn more on his grad scheme than you will in your entire career.

Timmy and Tommy, King’s and UCL 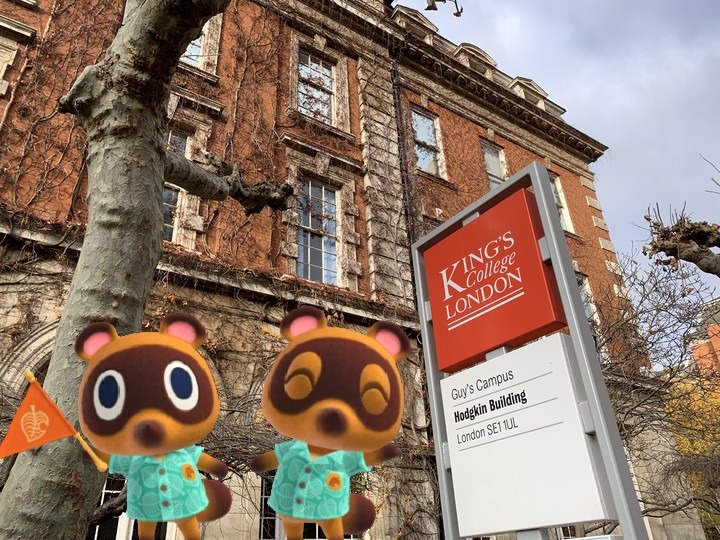 The apple doesn’t fall too far from the tree, and both Nook kids will end up in London because daddy told them if you ain’t got no money take your broke ass home. They’re ambitious, but not quite as cutthroat as their father, so less intense London unis will do for them. The more fun of the Nook offspring, Timmy will end up studying on the Strand where he’ll have more fun than Tommy, who low-key hates resents his brother for leaving him to make his own friends. They have a big fist fight about it at Varsity, but make up in the end to start a business venture together. 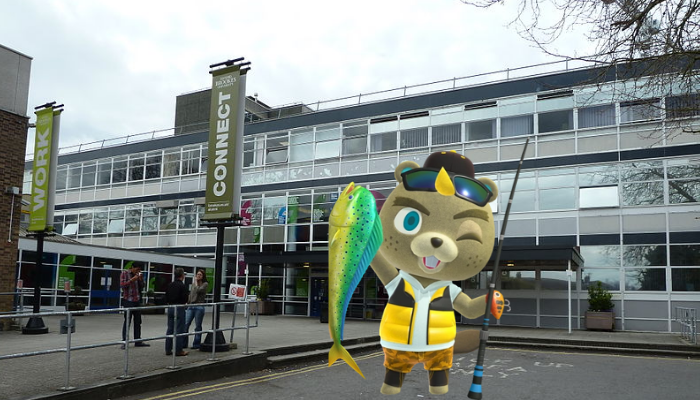 CJ absolutely pays for uni nights out using daddy’s wallet. He insists his ‘influencer career’ is just one good fish post away from success. Able to get you into any club, but lacks the smarts to realise his business plan of ‘buying fish that he could catch himself for free’ is deeply flawed. The gilet is a classic trust-fund OOTD. Realistically, in a couple of years, his parents will stop bailing him out, he’ll start getting wrinkles, and he’ll have to give up his influencer lifestyle to become a promoter. 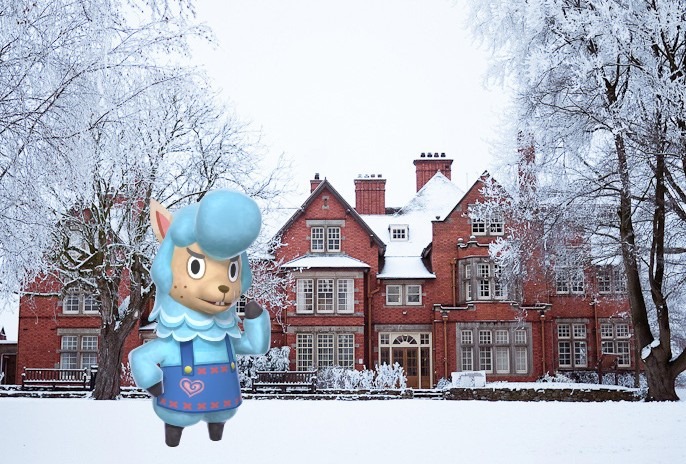 Sweet, down-to-earth and agricultural – Cyrus is right at home at Harper Adams. Unfortunately, just like Harper Adams, people will forget he exists the second he leaves the room. 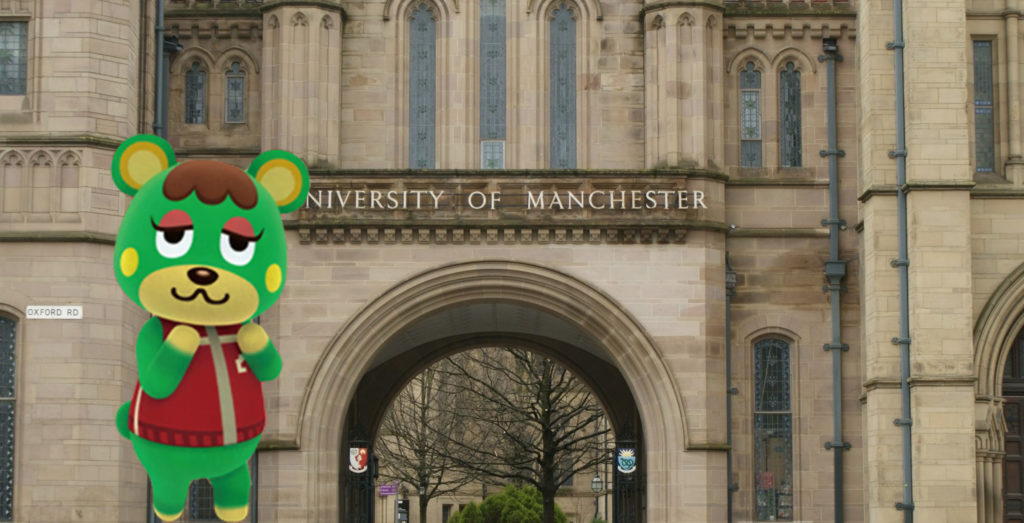 I mean look at her. If you don’t peep Charlise and think Fallowfield then you probably aren’t very cool and Charlise’s edgy lil’ micro fringe is cool as fuck. You’d find her in the smoking area of WHP where she’ll be blasting through handfuls of cigs without having brought any of them herself. She knows people, you see, and you want to be one of them. 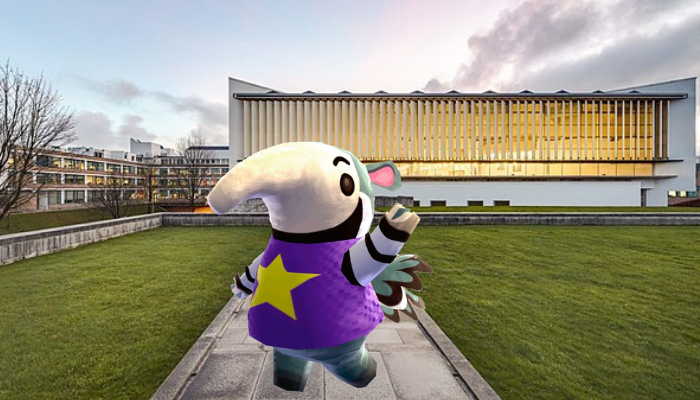 Antonio is without a doubt the biggest jock on Animal Crossing. You always see him lifting weights, exercising that ego as he shows off his muscles. So what other university would this anteater go to than Lancaster Uni? With a state of the arts, million pound sports centre, he would be right at home. Swimming, rugby, football, you name it, Antonio would sign up to every college sport team, no doubt in County. He would be the star player in Roses, Lancaster and York’s annual Sporting competition, everyone would cheer his name in pride. Not only that, don’t forget the Sport’s socials. Oh yes, Antonio would be the life of the party at an ‘anything but clothes’ social on Whoops Wednesday in Sugarhouse. An absolute legend. 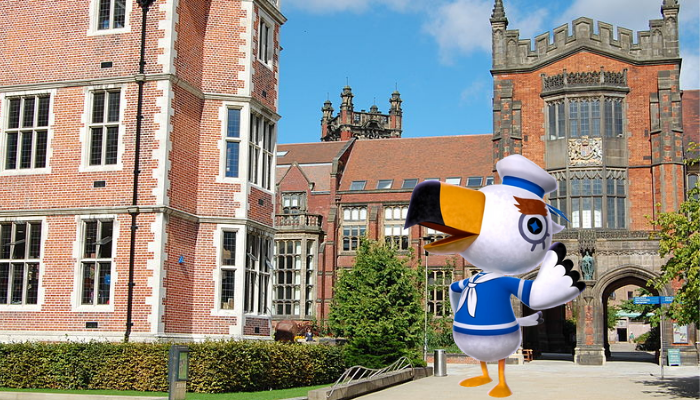 Always waking up to wonder where the fuck he is? His shit scattered everywhere miles away from where he landed? Yup, Gulliver lives for the sesh. You’d come down the stairs of your Jesmond house after a big night on the Toon to find him randomly on your sofa with no memory of how he got there. 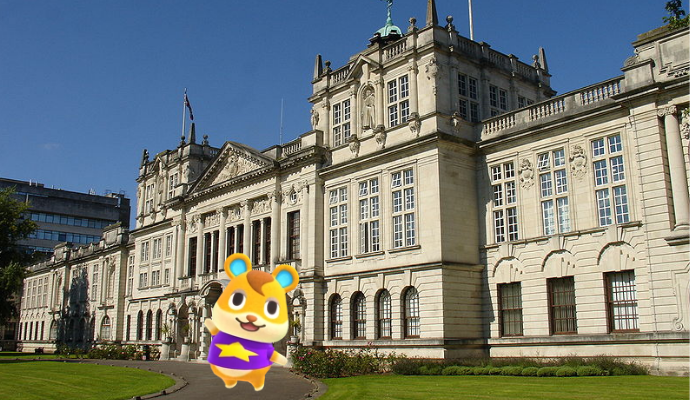 This little prick can only talk about his weights. It’s not just the thing that props his personality up – it is his personality. If Animal Crossing had a protein shaker and Adidas sliders, this little gym dweeb would snap them all up. It can only be Cardiff. 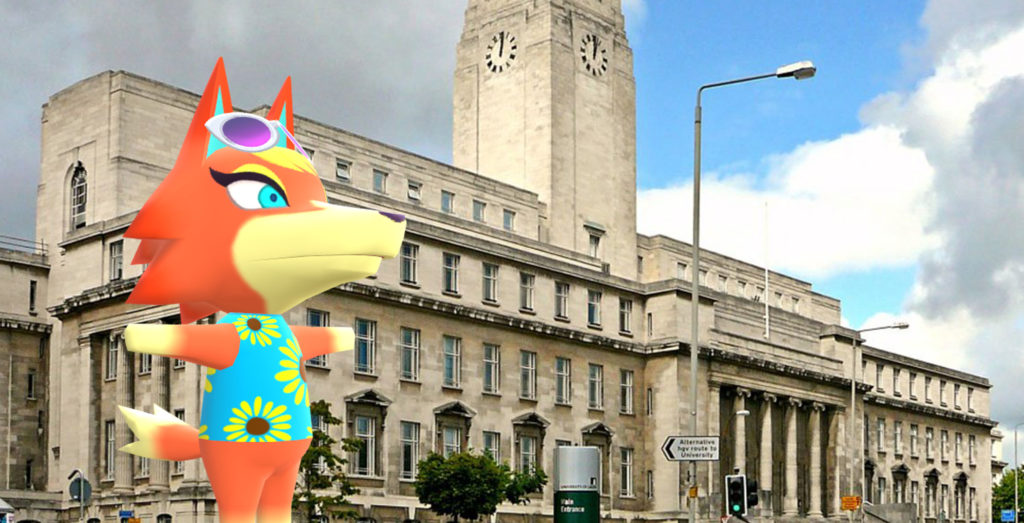 Audie is that cool, middle-class girl who everyone wants to be, even if she does have a tendency to dabble in a bit of ket. Although she’s the one who asked you if you “fancied a tab” during Freshers’, she still looked after you when you were eight jagers deep into a ket hole. 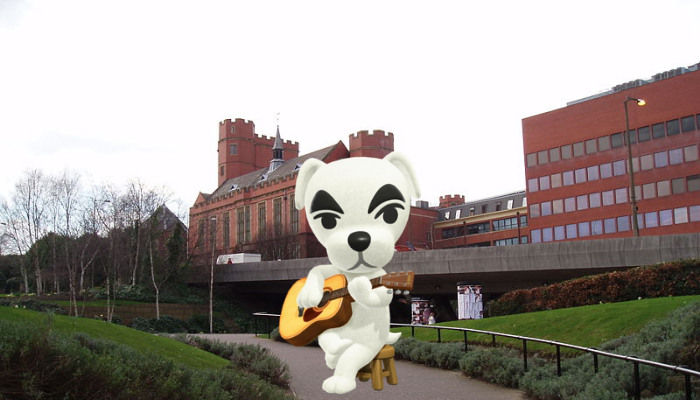 K.K Slider is the lil dog who plays guitar down in the basement of the museum – which is basically a wet dream for every male student at Sheffield University. A combination of their three favourite things: Guitars, museums and basements. 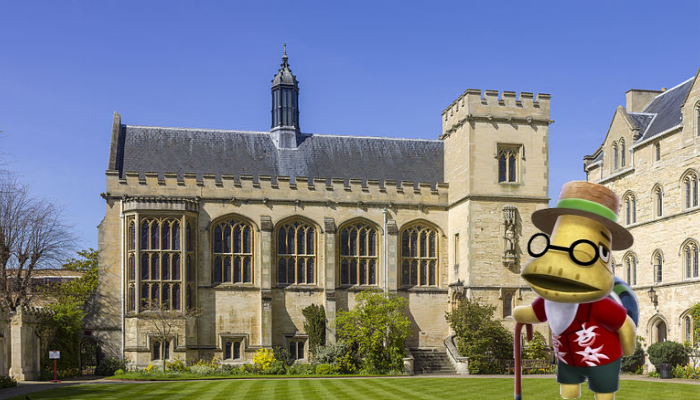 He’s lame and old and probably rich. That is all. 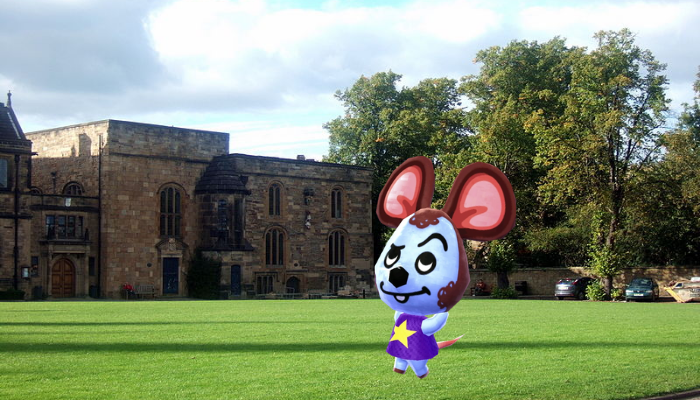 Durham is filled with Oxford and Cambridge reject and their students are generally disliked by everyone else. Moose would fit in here – he’s been rejected from every island that he’s moved into, so he’ll be right at home at Durham. 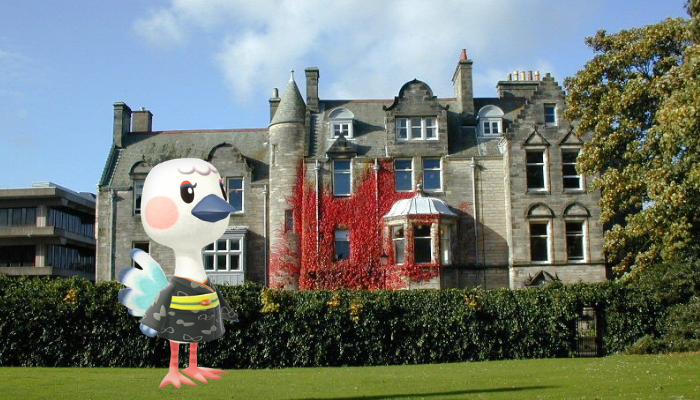 Blanche is the kind of girl you’d like to go out sipping cocktails with behind that posh exterior. She seems posh and snooty at first, but you’ll love her once you get to know her. She’d fit right in at St. Andrews. 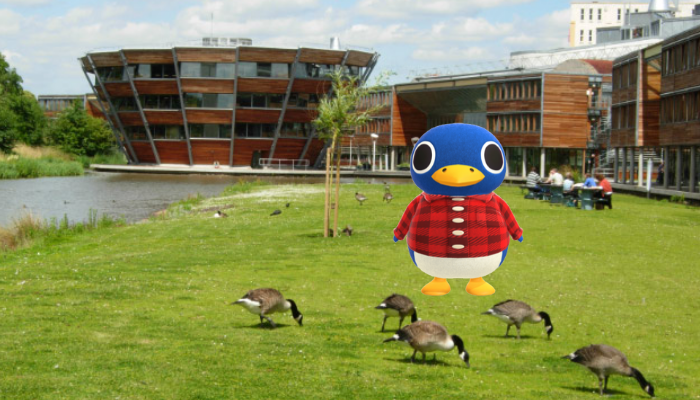 Roald’s sense of style means he would definitely fit right in at Nottingham. In fact, when he moved in on my island, I began to question whether Notts students were actually in the game. He’d definitely neck a VK as soon as you handed it to him. 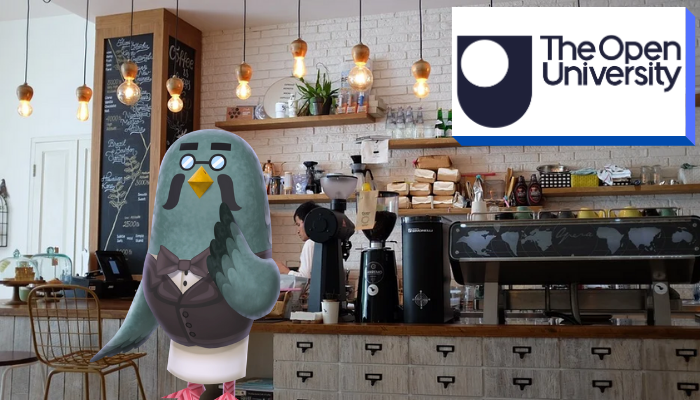 After a messy divorce, there’s only one thing to do: have a midlife crisis and enrol at OU. Brewster’s just trying to make a life for himself following a couple of rough years, studying part time whilst he tries to keep his very empty coffee shop afloat. He doesn’t have any time for freshers nonsense, he’s too busy thinking about how his wife took the house AND the dog.

• From Mumsnet to Onlyfans: The best and wildest diss topics from this year