These are the unis pumping out the most carbon dioxide emissions

Can someone who’s good at maths say if emitting 61 million kilos of CO2 in a year is a good thing?

As unis declare climate emergencies and divest from fossil fuel companies, new data has revealed that they’re still responsible for a hell of a lot of carbon emissions.

Edinburgh, where students voted in February to reject a climate-motivated campus beef ban, tops the league of unis that pump out the most CO2, whilst Oxford will be relieved to not make the top two of the table for once.

Research-intensive London unis Imperial and UCL also feature highly. Manchester rounds out the top five, all of whom are responsible for emitting more than 50 million kilos of CO2 in a year. 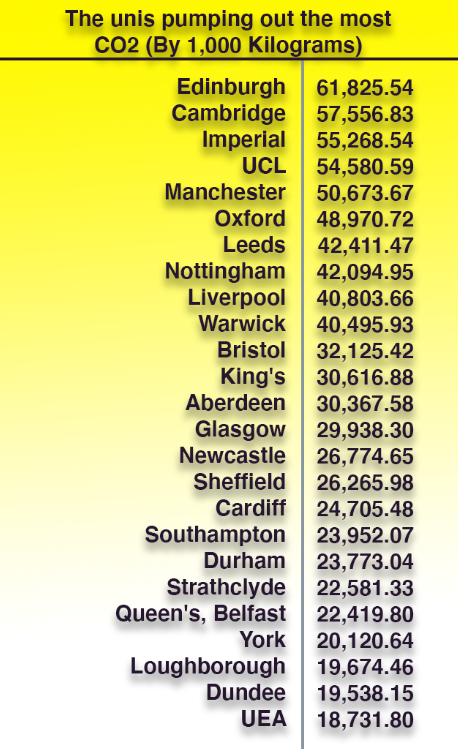 The table is based on HESA data collecting an institution’s scope one and two carbon emissions for 2018/19.

• Introducing: The swanky cars your uni provides to its Vice Chancellor

• Ranked: The Russell Group unis handing out the most third class degrees

• Gather round: These are the most well-endowed unis in the country