Poor, innocent Blathers – a computerised owl – has been cancelled for keeping live fish in the Animal Crossing museum, as PETA Animal Crossing protestors call time on the unassuming curator.

Vegan activists PETA staged a virtual protest against the twee twit-twoo-er, storming his museum and demanding Blathers “release the fish”.

In a frankly horrifying propaganda video, PETA Animal Crossing protesters set up a picket outside Blathers’ museum, with placards demanding he “EMPTY THE TANKS” and declaring “FISH BELONG IN THE SEA”. 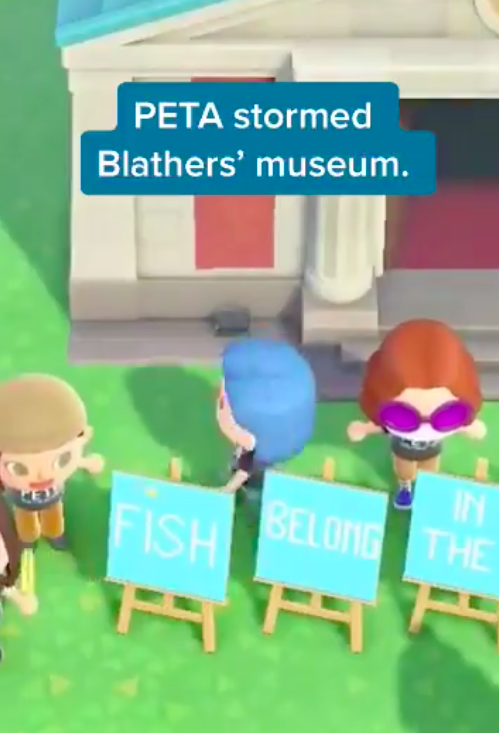 After this, the protestors storm the museum, surround a bemused looking Blathers and shout “EMPTY THE TANKS”. 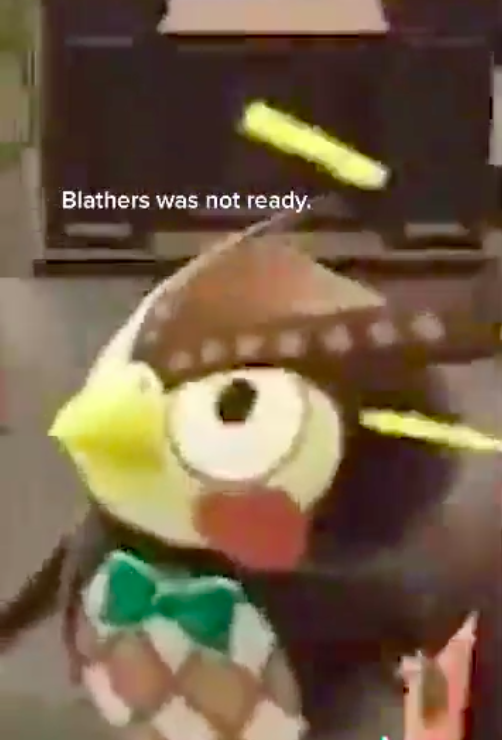 The whole PETA Animal Crossing video will make you scared

They then head down to the fish tanks and repeat their mantra. One renegade protestor breaks the message discipline to tell us “fish are friends”. 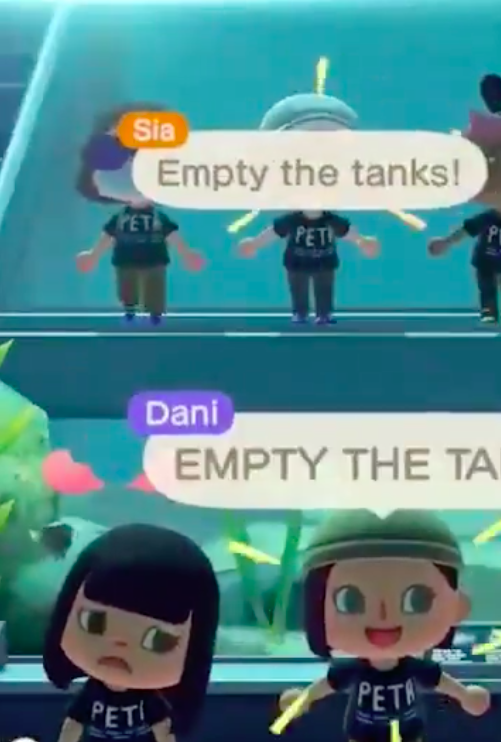 The #BlathersIsOverParty video then ends with a statement: “Blathers encourages villagers to take fish out of their natural habitats so he can trap them in tiny tanks – CANCELLED”. 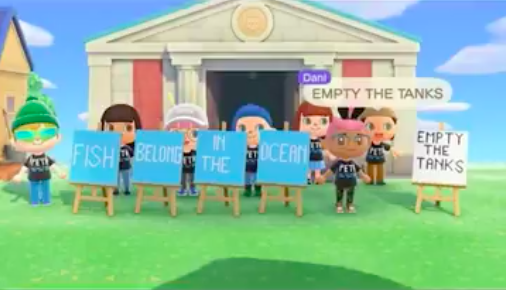 To top it off, PETA even released a guide to becoming vegan in Animal Crossing. We eagerly await the Occupy movement’s handbook on overthrowing Tom Nook.

It’s another chapter in the lost innocence of Animal Crossing. Lockdown has taken the island paradise and warped it. First, people turned trader and got rich off turnips. Then someone built a Spoons. And then, as if God didn’t hate us enough already, people are using sugar daddies to pay for things in-game.

Whilst I’ve been questioning how the seemingly-idyllic Animal Crossing universe is kept afloat by an underground trade in live animals, it’s clear that Blathers is but a pawn. It’s Timmy and Tommy and the whole trash Nook family who profit from it.

Who knows what they do with those moths and daces after you sell them? Blathers just creates a space for the whole island to come and enjoy nature.

Surely it was only a matter of time though. Do not ask for whooooo the bell tolls, it tolls for the owl.