Finally, the answers I’ve been waiting for

Normal People ended leaving us as emotional wrecks and in a puddle of tears when Marianne and Connell went their separate ways. And it left us all gagging for a sequel, you can’t end a love story like that Sally Rooney! Well turns out she actually didn’t.

In 2016 Sally Rooney wrote a short story in The White Review. The story “At The Clinic” about Marianne and Connell was written before she wrote Normal People and after writing it she realised she needed to turn it into a full story.

The Normal People sequel (I feel like we can call it a sequel, it’s the closest thing we’ve got) takes place when they’re 23 and Connell is taking Marianne to a dental clinic. 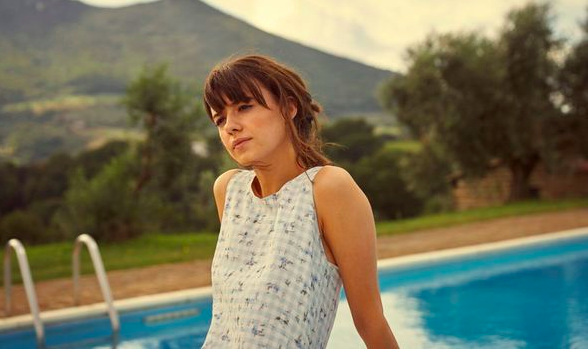 This is everything we learned about what happened to Marianne and Connell after Normal People:

Marianne has just broken up with a guy called Daniel

In the short story Marianne has been dating a graphic designer, who is skinny and wears thick rimmed glasses. He also talked a lot about gender and didn’t see the point in football when watching a game with Connell.

From Connell’s point of view Daniel treated Marianne badly, during sex Daniel would tie Marianne up and hit her with a belt. However they broke up after an argument.

Pretty convenient timing that they’ve both ended relationships around the same time. Connell’s girlfriend was called Lauren and he had been dating her for 10 months before she moved to Manchester and slept with someone else.

They broke up on Skype, Lauren blames the distance but Connell just didn’t see Lauren as a “full human being”.

They have sex again

What a surprise. The short story opens with the two of them having sex on Connell’s sofa.

After they have sex Marianne notices her jaw hurts and so she goes to the dentist the next day to find out she has an infected tooth. A week later Connell drives her to have it taken out.

Connell also drives her to get UTI tests, which apparently happens quite a bit. Marianne gets her tooth out and Connell drives her home.

Marianne had a dream she was going to marry Connell

Me too, Marianne, me too. Marianne told Connell about her dream after she revealed she had told her ex about it which had then caused the argument in which they broke up.

Connell is still suffering with depression

Throughout the short story it’s very clear Connell is struggling with his mental health. Sally Rooney says Connell felt “depressed” and he is also described as Googling “Why can’t I feel things?”

Why can’t these two just work it out? The whole piece is beautifully written and captures just how much they care about each other.

Now don’t mind me I’m just going to reread/sob over “At the Clinic”.