Meet the cast of Netflix’s new drama White Lines, who you’ll want to be pals with

So many vibes all in one place

Netflix has just released its latest thriller drama, White Lines. The 10-part series is a huge mash up of a murder mystery, drugs, partying, sun and drama – and the White Lines cast is full of young and recognisable faces.

The show focuses around Zoe, who comes back to Ibiza 20 years after her brother Axel went missing there, when his body is found. She is determined to investigate his disappearance and find out the truth.

The show has a lot of flashbacks between the current investigation and events happening at the time. So here’s the full White Lines cast, which includes who plays each character when they were young and in modern day.

Laura Haddock plays the lead of Zoe, who goes back to Ibiza to find out the truth about what happened to her brother there. You probably recognise Laura Haddock from her roles in The Inbetweeners Movie or in BBC drama The Capture last year.

Tom Rhys Harries plays Axel, whose body has been discovered in Ibiza. He plays the role in flashbacks, obviously, when he’s a rave-loving wannabe international DJ. Tom Rhys Harries has also starred in ITV’s Unforgotten, Jekyll and Hyde, Chewing Gum and 15 Days.

Marcus was one of Axel’s closest friends at the time of his disappearance. Now-a-days he’s got two kids and is up to his neck in drugs. You definitely recognise Daniel Mays, who plays him, from Line of Duty or Sky’s new series Code 404.

Marcus in flashbacks is played by Ceallach Spellman. He’s also been in Cold Feet and Waterloo Road.

Angela Griffin joins the White Lines cast as Anna. Anna is currently married to Marcus but they’re getting a divorce, much to his disliking. Anna was also part of the circle of friends who came from Manchester to Ibiza with Axel when he was trying to make it as a DJ. Angela Griffin is a very recognisable face, notably from shows such as Coronation Street and Waterloo Road.

Young Anna is played by Kassius Nelson. Kassius played Jade Albright in Hollyoaks for two years and was also briefly in the Netflix adaptation of A Series Of Unfortunate Events. 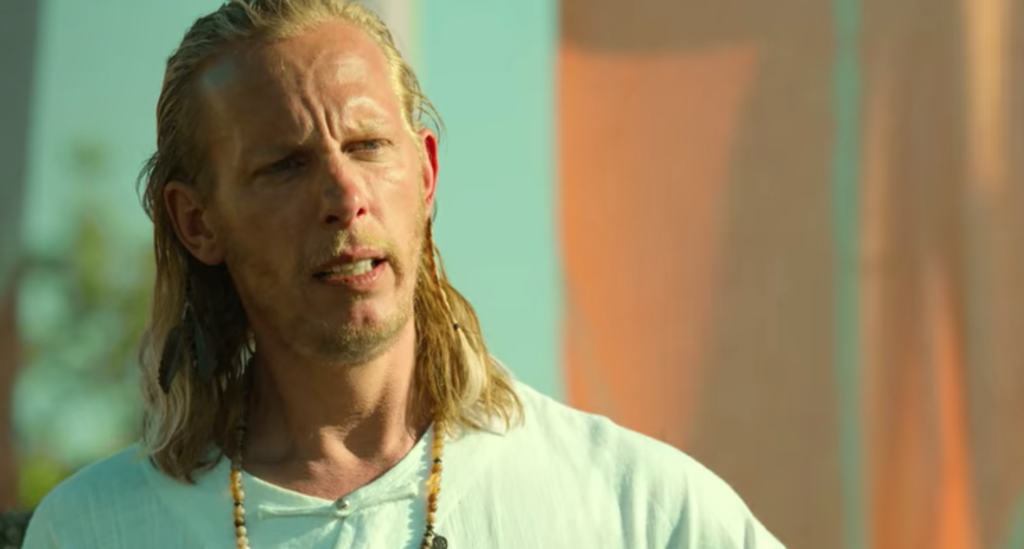 David is another of Axel’s Manchester friends who came to Ibiza. David and Axel were some of the closest within the group and, after some time travelling in India following Axel’s disappearance, David has become a lot more spiritual in his outlook on life. You might recognise Laurence Fox from some of his controversial and opinionated TV appearances recently, or from his role in Lewis. 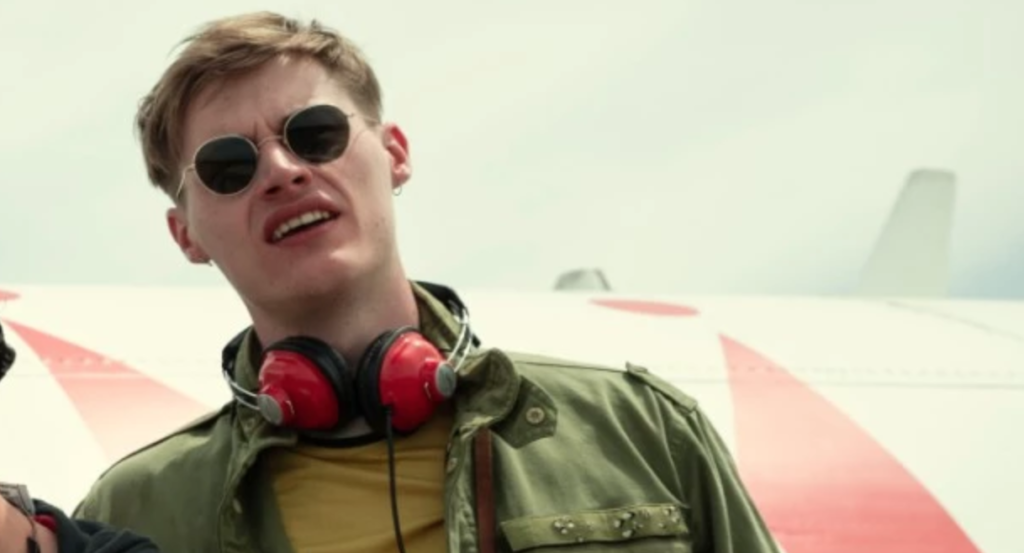 Johnny Green plays David in flashback scenes. This is his first major role, but he was also briefly in TV soap Doctors.

Mike is Zoe’s husband, who shares a teenage daughter with her. You might recognise him from E4 and Netflix comedy Feel Good, End Of The Fucking World or BBC’s The Capture, where he also starred alongside Laura Haddock.

Andreu Calafat is top-dog in his family and is super-powerful. He owns a number of the bars and clubs in Ibiza and makes a nice side hustle from the drugs trade. He’s played by Pedro Casablanc, a Spanish actor who has been in lots of TV and theatre shows there.

Conchita is Andreu’s wife. Their relationship hasn’t been the same for years and she’s much more focused on her dream of opening a casino, these days. Conchita is played by Belén López, who is very well known in Spanish TV and film.

Oriol is Andreu’s son, who hopes to inherit all the family businesses and money. Suspicions arouse about him and Axel, as they were once friends but fell out just before he disappeared. Juan Diego Botto, who joins the White Lines cast to play him, is an Argentine actor who is going to be in a DC comics adaption of The Suicide Squad, due for release next year.

Kika is the daughter in the Calafat family, who also was briefly in a relationship with Axel before his disappearance. She helps Zoe with her investigation. Marta Milans plays her, and has also been in Spanish TV series “The Pier” which was written by Álex Pina, who also created White Lines and Money Heist.

Boxer leads the security who look after the very influential and notorious Calafat family. He chooses to use his knowledge and strength to help Zoe out with her investigation. Boxer is played by Nuno Lopes, a Portuguese actor.

White Lines is available on Netflix now. For all the latest Netflix news, drops and memes like The Holy Church of Netflix on Facebook.

• White Lines on Netflix is ‘insane’, ‘absurdly excessive’ and ‘explosive’

• The Netflix Jeffrey Epstein documentary is being released this month