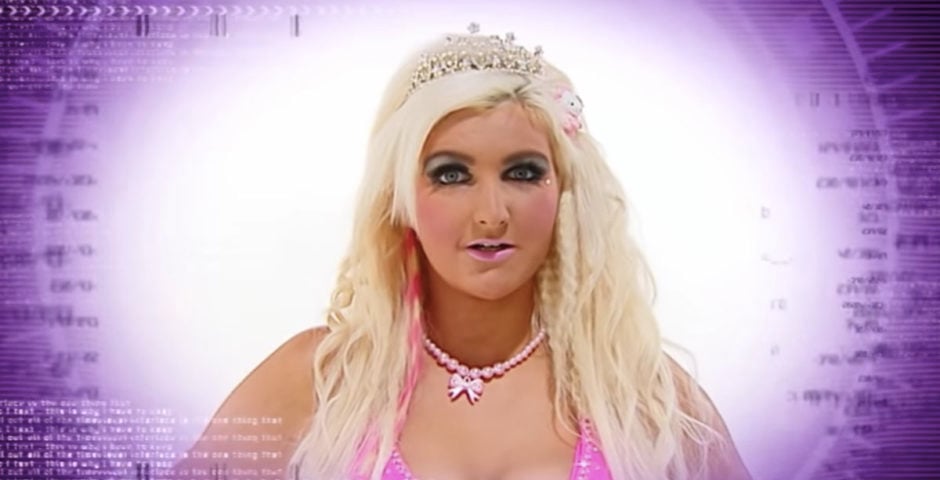 These noughties British TV shows were so savage, it’s mad they were even made

Showing a family a coffin as a way to inspire weight loss??

The noughties TV era can be summed up in two programmes – the makeover and the reality show. And the common theme running through both was an obsession with youth, appearance and other people’s opinion of you. Supersized vs Superskinny, Snog Marry Avoid and How To Look Good Naked were shows we inhaled as teenagers. Gok grabbing a pair of boobs, an obese person eating the meal of an anorexic and a goth losing her pink hair for straight mousy brown curls, these were the programmes E4 and BBC3 constantly threw at us.

Watching them back now though it’s shocking they were even allowed to be made. Whilst lots of them tried to combat the looming obesity crisis in this country with actual medical teams, the way they did it was all wrong. People standing in their underwear whilst being judged for how much food they eat? Being shown a coffin as a way to spur someone onto a diet? It’s beyond messed up.

The noughties British TV shows were also never complete without a load of bitchiness. The meaner, the better was clearly the motto of most production companies. Trinny and Susannah criticising women’s appearance and Simon Cowell throwing insult after insult at the early X Factor contestants. It was all there on prime time TV.

These are the noughties British TV shows that were actually super savage and shouldn’t have been made:

Honestly, who let this show go ahead? On the surface the premise of trying to turn around unhealthy eating patterns is a great idea, but Channel 4’s execution of it was shocking.

Having the dieters stand in their underwear and watch their daily food intake be dropped through a giant pipe and then “compared”, aka torn to shreds by Dr. Christian, is humiliating.

Then swapping portions and forcing the contestants to eat the opposite meals to shock them into seeing how bad their diets were, was so messed up. If that wasn’t bad enough they even did a kids version at one point??

I think “lard” and “fatties” are the only words in Steve Miller’s vocabulary. Continuing Britain’s obsession with obesity, Fat Families on Sky was all about improving the lifestyles of unhealthy families.

What wasn’t cool was Steve’s inability to say anything nice to the families and constantly insult them as a way to change their habits. “Banish their bulges”, “why do you think you are so fat?” and “eight hours on your backside” are just a few of his casual comments.

On one occasion he literally showed the family a coffin with the word “dad” on it as motivation for changing their diet.

First of all let’s discuss that awful pun that is the show’s name. This BBC3 show was about showing parents what their bad parenting skills could end up doing to their children in the future with a computer generated image.

So essentially exposing all their failures and making them feel like awful human beings.

The mum’s face is priceless and proof of how traumatic this show was.

In our early teenage years makeover shows were life and Snog Marry Avoid ruled supreme. However looking back the show is incredibly messed up.

The “make under” was about trying to change people’s appearance to make them more “conventionally attractive” and make other people find them appealing.

In hindsight it’s such a dangerous message to send to young people watching that the only way you’ll get to be “snogged” or “married”, aka found attractive, is it to change the way you look.

The only reassuring thing to come out of it was that nearly all of the contestants went back to their original way of dressing, proving how comfortable and happy they were in their own skin.

In the early days of X Factor when the auditions were actually funny, contestants got careers from it and Beyonce performed, Simon Cowell was a major dick who got away with insulting people because it was “entertaining”.

This E4 show was a copy of an American show in which one girl lives in a villa and 11 men compete to win her and a cash prize. However some of them are gay and some are straight. The girl has a series of challenges to workout which sexuality the men are.

Whilst it sounds quite forward thinking, it’s actually so messed up to reduce sexualities to a stereotype particularly one that labels gay men as “feminine”. And Jameela Jamil is the host, enough said really.

How to look Good Naked

The women who went on the show might’ve loved their transformations – but they had to go through a lot of “you’ve got great boobs!!!”, Karen hair cuts and standing in the front of Selfridges half naked to get there.

You just wouldn’t get a makeover show like this now that puts women in uncomfortable situations – The Fab Five would never.

Shattered was a bizarre and pretty dangerous reality show by Channel 4 in 2004. The contestants were competing to win a prize of £100,000, by not sleeping for seven days!

The contestants experienced hallucinations and were made to do a bunch of tasks that on reflection were incredibly sadistic, like peeling hundreds of potatoes whilst a man shouted at them.

Unsurprisingly it only had the one season.

Beauty and the Geek

Another E4 version of an American show, can we not get any originality guys? Whilst not the worst TV show to ever be made, something just doesn’t sit right about the idea of reducing men to smart but socially awkward and women to beautiful but unintelligent.

It’s an entire TV show based on lazy stereotyping.

What Not To Wear

Look I’m all for style advice, some people just don’t know what to wear and genuinely want the help. But Trinny and Susannah took their “advice” to a whole new level of bitchy.

The show would start off with Trinny and Susannah watching a video of the unknowing victim. They’d make a range of savage comments about the woman: “That dress looks terrible on her. It is pushing her boobs down and making them look like an extra roll in her tummy”.

Rather than building the women up, Trinny and Susannah mock, tear down and are just plain cruel to their contestants.

Another makeover show, 10 Years Younger achieved a lot of their results through plastic surgery and is completely emblematic of our society’s obsession with youth.

It further propelled the myth that you have to look perfect and young in order to feel interesting and confident.

And like Snog Marry Avoid it was all about what other people thought of the women, rather than empowering the women to love themselves as they truly are.

You Are What You Eat

Yet another weight loss programme, did producers ever commission anything else in the 2000s?

Gillian McKeith was full on savage often telling people they were heading for a heart attack and showed them how much weight they had put on by bringing out full on sacks of potatoes.

•Ranked: The most shocking Snog Marry Avoid transformations of all time

•Raw chicken and pink mash: The 11 most woeful Come Dine With Me meals of all time