What are the Facebook famous teens of the 2010s up to now?

There’s a perfectly horrible little cross-section of British history that should forever be stowed away in a far corner of the internet, but for today only we’re going to dust it off and bring it to the forefront of your memory. Amidst the troubling period of Topman Aztec print shirts, crying for days because someone sent you abuse on ASKfm, comes the era of people becoming “Facebook famous”.

For doing the stupidest and most outlandish shit, you’d be guaranteed a spot on every young British person’s feed, making you the fodder of many a playground conversation. But where are your Levi Jed Murphys and Jamie Ryan Dees now? Have the years been kind to them, on the upwards trajectory that everyone assumed? Or was Facebook fame the furthest that they’d go?

Sunderland born Jamie Ryan Dee was initially famed for her Tumblr blog, JamJars which, like everyone else on Tumblr, brought her fame for her reblogging of moody phrases and photos that appealed to the emo adolescent population of the UK.

She then moved to Facebook and YouTube, making various lifestyle and challenge videos. Dee is now 25, and has come out as transgender, changing her name from Ryan to Rose and documenting this process on her YouTube channel. She has had transformative surgery and, as you can see, has changed massively. 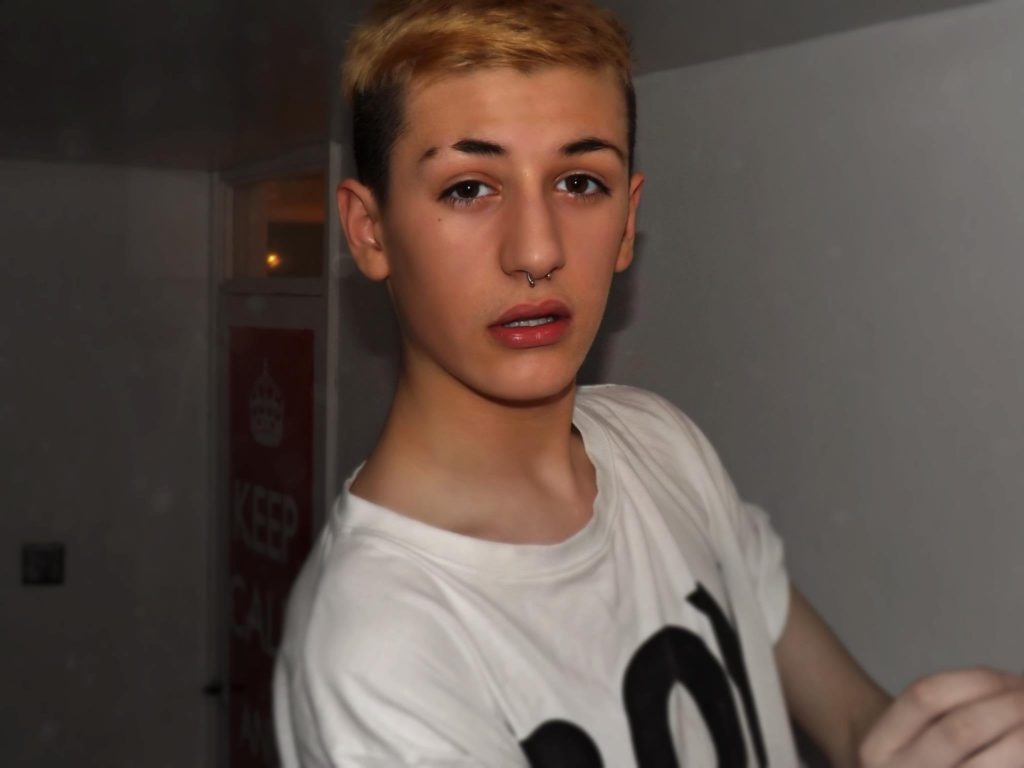 Jake McManus was one of the Facebook famous crew from Leeds, and was seemingly solely famous for wearing a chain around his face as opposed to his neck, receiving a LOT of online criticism for this. Like, does anyone remember what he actually did to get any level of fame besides this?

Regardless, people would get so rinsed on social media before there were actual laws to stop people from doing it. In many ways, you had to have thicker skin back then than you do now, Twitter was like the Wild West.

Jake McManus is now a drag performer and visual artist at a cosmetics company, and it seems like he has still retained a certain level of fame, having 64k followers on Facebook.

2 4 1 I’m calming down on posting drag on here – I’ll be using this for day to day stuff to boost Jake up and show you I’m not a 24hour cross dresser !! Lots of love x Jake x #transformation @silllygall

Kane Larkin and his boyfriend Ricky were some of the most notorious British Facebook famous people going. I mean, even Lewis Capaldi tweeted asking after him:

what ever happened to kane larkin

Kane was famous for his rant videos, putting a lot of his personal life online which naturally caused lots of drama – who could forget the whole debacle of him “making fun of cancer”? The most famous example of his work was his video with boyfriend Ricky during which the latter refers to him as his “baby man”. We can’t find the original without being edited into a nasty context, so we’ll just trust that you get the reference.

You’ll be pleased to see, as of September 26 2018 at least, Kane is still with Ricky! As is the case with pretty much all of the other ex-Facebook stars, he keeps a low profile online, and so not much else can be found.

This is him now. He changed his name to Kane Joe pic.twitter.com/LGx4doVTha

You literally cannot look back on your secondary school years and not be reminded of Levi Jed Murphy. His humour was very much based upon normal occurrences for the average teenager, such as hating your school teachers and not doing homework, which proved popular with every 14-year-old girl in the country.

If you remember, Levi courted controversy for calling all his followers to go and leave bad reviews for a clothing shop because they got his order wrong and wouldn’t refund him – the internet was actually insane back then.

Levi is still at the grind, making YouTube and TikTok videos and, as you can see from his Instagram account, he’s made a few changes to his appearance:

During a time when The Mighty Boosh was funny being so “quirky and random :L”, Veeoneeye was that one kid everyone knew for having mental hair and being a complete emo. He hung out with a band of cronies that looked much the same, including the notorious Marina Joyce.

Veeoneeye had a troubled few years, being accused by several people in the YouTube community of taking advantage of his fame and sexually assaulting fans. In a now-deleted video, Veeoneeye doesn’t deny this happened, but says he “messed up”.”

He went off-grid, travelling loads and doing shit tonnes of psychedelics, and if his YouTube channel is anything to go by, that’s what he’s still up to now. In fact, he’s adopted this new persona so much that his channel is now called VEE3RDEYE. Deep, man. Here’s one of his more recent videos:

• You can now delete all of your old, embarrassing Facebook posts in seconds

• VOTE: Which is the best uni Facebook confessions page of them all?