Someone made a Spoons in Animal Crossing so we went to visit, naturally

Almost as good as the real thing

Life has been cleaved in two. The memory of pub trips and the salve of sofa gaming may as well exist in separate universes. Plainly put, we’re missing Spoons like crazy and playing a lot of Animal Crossing

Somehow, though, we united them, courtesy of a guy we found on the internet. His name’s Rob, and he made a whole replica Wetherspoon’s in Animal Crossing – complete with unique carpets, patterned plates, and a long old walk to the toilet.

It was only right we paid him a visit. 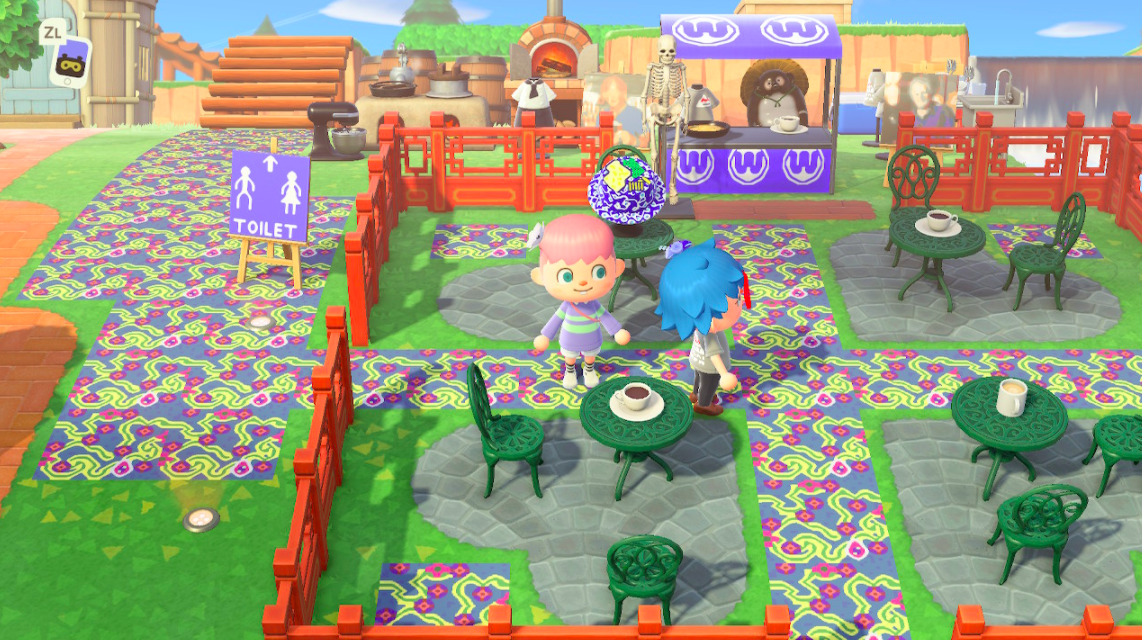 Rob’s Spoons isn’t really based on any particular branch. Rather, it’s an idealised Spoons. The perfect pub.

This is ironic, I try to explain. Several branches of Spoons are named “The Moon Under Water”, a tribute to a George Orwell essay describing the perfect pub. Founder Tim Martin liked the comparison so much he couldn’t help but slap the name on pubs across the country, hoping to evoke the perfect boozer. Perhaps this is it, here, inside a Nintendo Switch.

The nuance of this point was lost over our crackly Facebook voice chat connection.

Anyway, as we get to the bar, Tim Martin is staring back at us, faithfully recreated on two canvasses. Rob explains he used a site which turns pictures into the pixellated designs Animal Crossing uses.

Over by the bar, we have a skeleton propping up the bar, and big “W” logos telling you exactly where you are. 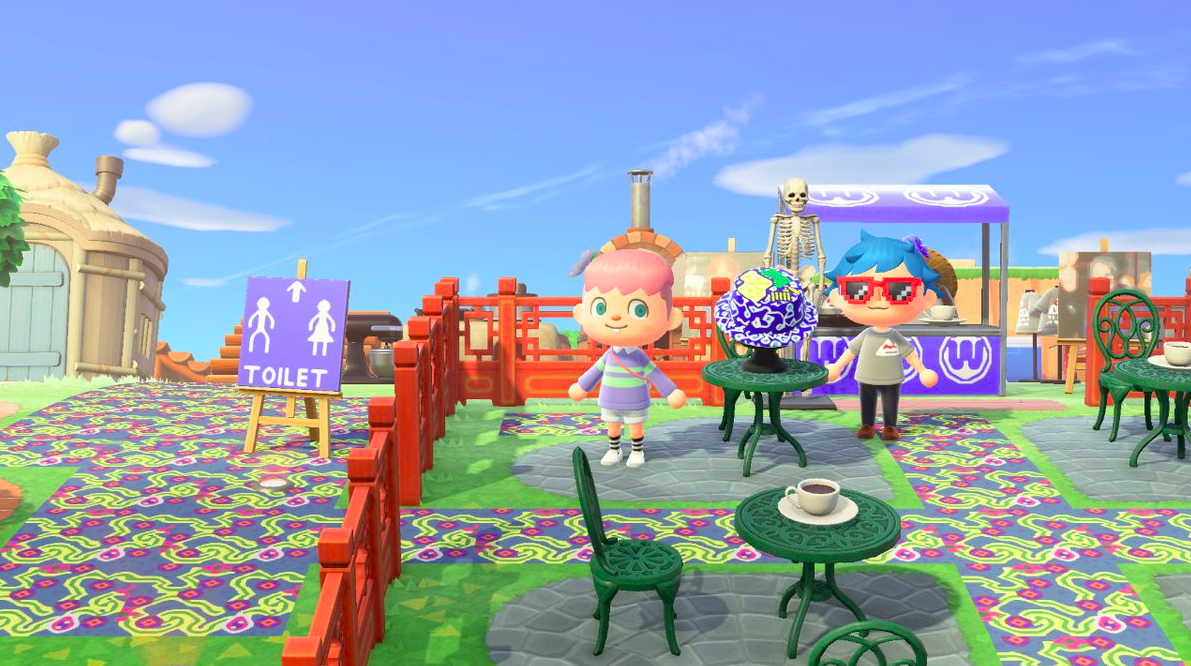 Pictures of Spoons owner Tim Martin flank the bar, although in the context the murals are more Big Brother than Virgin Mary.

A skeleton props up the bar – a tribute to the geriatric regulars who sip ale from open til close.

However, the star of the main room is clearly the patterned carpet, which every regular will know is unique to each pub.

In close second is the authentic Spoons plate. Rob’s recreated the pattern, placed it on a top hat, and added fish and chips to the top. Thanks to Animal Crossing’s weird camera angles, you can barely tell the difference.

Behind the bar is where the purists can really enjoy the attention to detail. 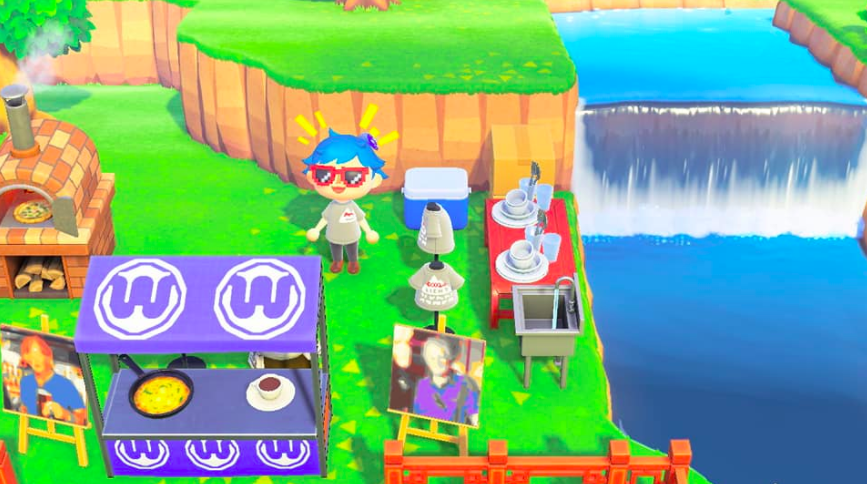 There’s a pizza oven, potwash station, but most interestingly, a pump to pour pints.

However, as cold, frosty lagers don’t exist in the world of Animal Crossing, it’s just spewing out water. Could be Coors lite, but we’ll never know as villagers can’t eat or drink. 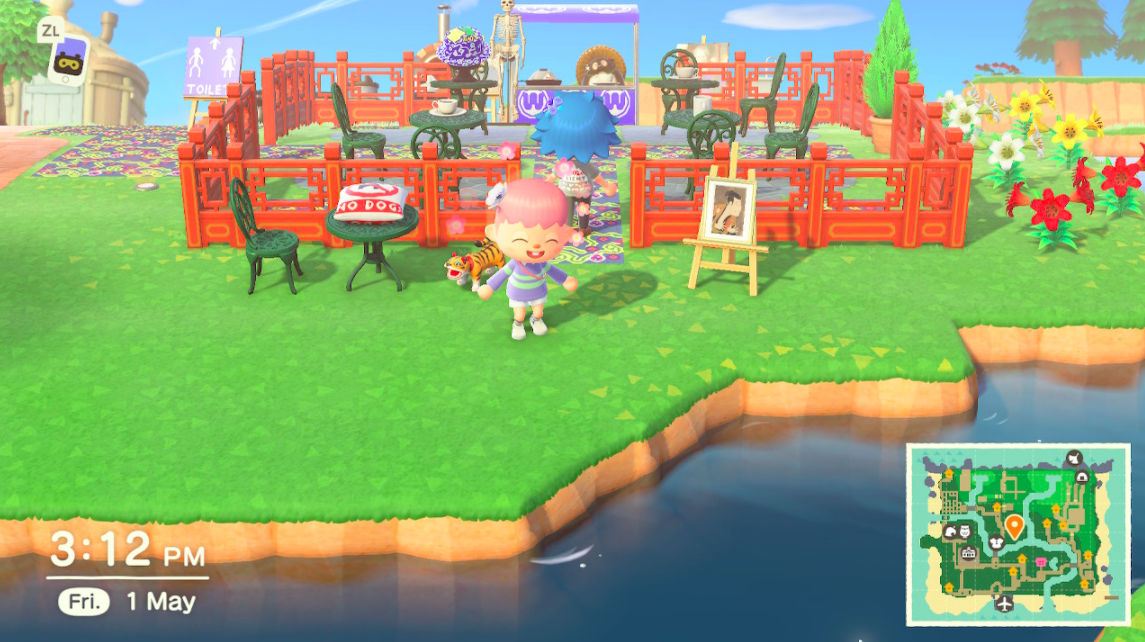 Outside, there’s a “no dogs” sign, a tribute by Rob to one of the many episodes of his personal Spoons saga. “Everyone was kicking off about it ages ago, every spoons stopped letting dogs in,” he says.

“This is someone just completely ignoring it, as people do”

By now, we’re in no doubt that this is a Spoons. If we were, though, Rob has one thing to seal the deal. 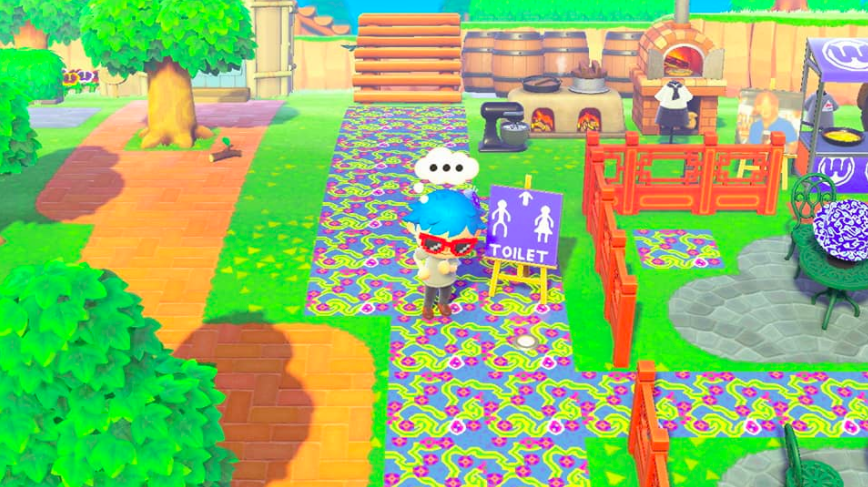 The toilets are really, really far away.

Up stairs and along corridors, we visit the final masterstroke of Rob’s creation. 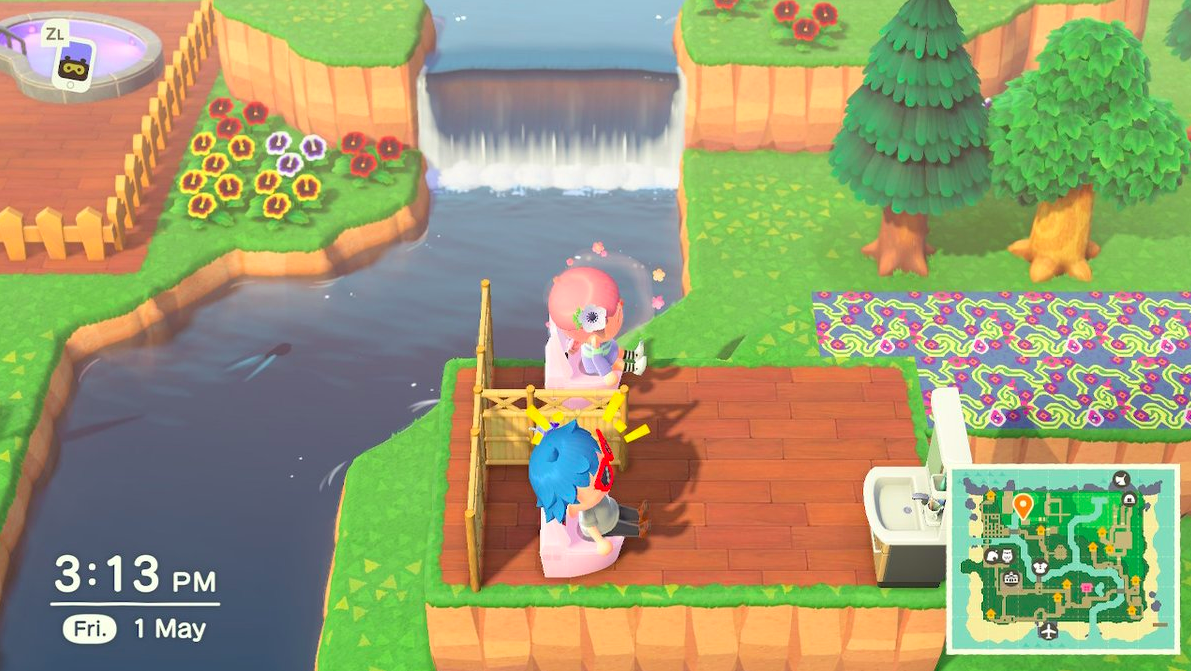 All in all, making a pub wasn’t as much hassle as you might imagine. Rob put it together pretty quickly using items he already had, without much need to splash the bells.

The whole thing was done with “maybe a couple of reference photos from Google,” he says.

Although the pub is practically unimprovable, Rob has an idea: “Some glasses or anything that could pass as booze would be great.”

Like any trip to Spoons, the conversation turns to talk of cold pints of Shipyard. It’s probably time to leave.