Loneliness and boredom: We spoke to the students self-isolating in their halls

Halls can be boring at the best of times, but then think about how uniquely dull it could be when you’re living through a global pandemic. A number of students have either been made to isolate in halls with no option of going home, or have various personal reasons for not wanting to go home. No face to face contact with anyone, the same old cheap yellow lights of halls, and solitary shopping trips – even if you were allowed to see others, there’s very few people even on campus right now.

So what is it actually like to be in halls of residence right now? We spoke to students that have found themselves still in halls during the lockdown, and it’s as mentally straining as you’d imagine. 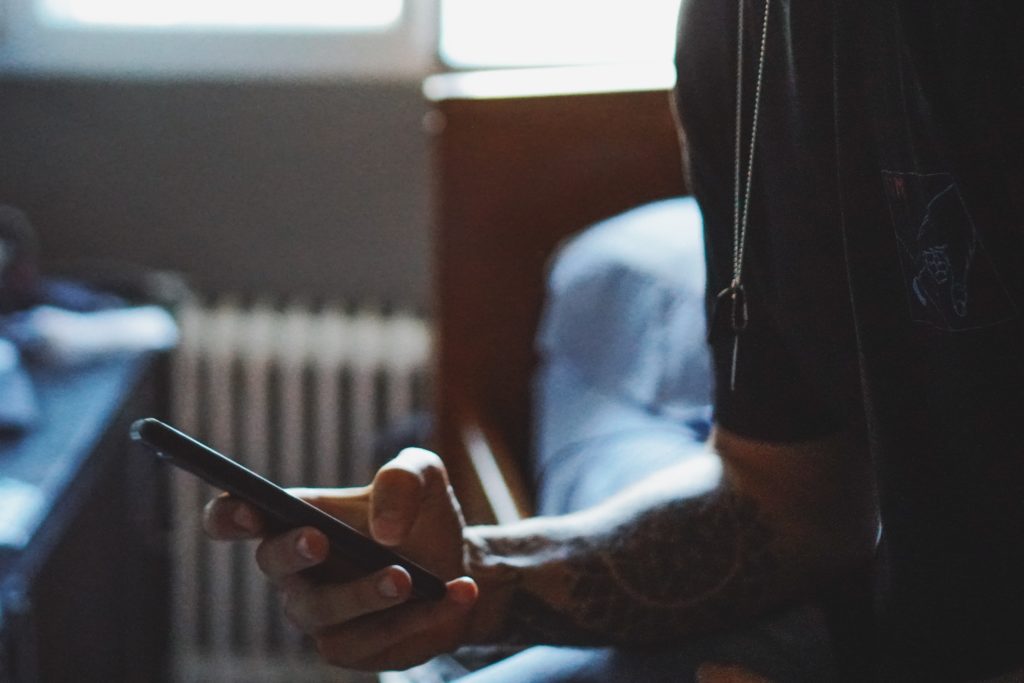 “I am the only one in my flat”

Adam, a Biology student from Sheffield, has been isolating in his halls of residence since lockdown was imposed, and as such has had very limited contact with anyone. He told us that the only people he’s had face-to-face contact with is “a cashier at Morrisons, the pharmacist when I went to collect a prescription, a delivery driver from Bidfood, and some people from the maintenance team a couple of times. All of this since the ‘lockdown’ began. I am the only one in my flat, with a usual capacity of six, however, only four of us were living there immediately before the pandemic began”

Mentally, he is unsure about how this whole experience has truly affected him: “Perhaps I’m a little more wary and jumpy as I’m becoming rather unused to seeing people. Maybe I’m also a little lonely, and more self-reflective.”

Unfortunately for many students like Adam, they have no choice but to stay at university if their parents are classed as at high risk, or if they work with the vulnerable: “My mother is classed as a key worker as she is employed in a care home, and my father is at a higher risk owing to his health and age. The vast majority of my routes home would have been on public transport and take me through London, neither of these prospects particularly appealed to me due to the severe manner in which London has been affected thus far.

“Also, as I am the only person left in a six-person apartment, it would be a lot easy to isolate myself should I contract COVID-19, and I have far greater control of how I can clean and maintain a ‘cordon sanitaire’ around my living space.” 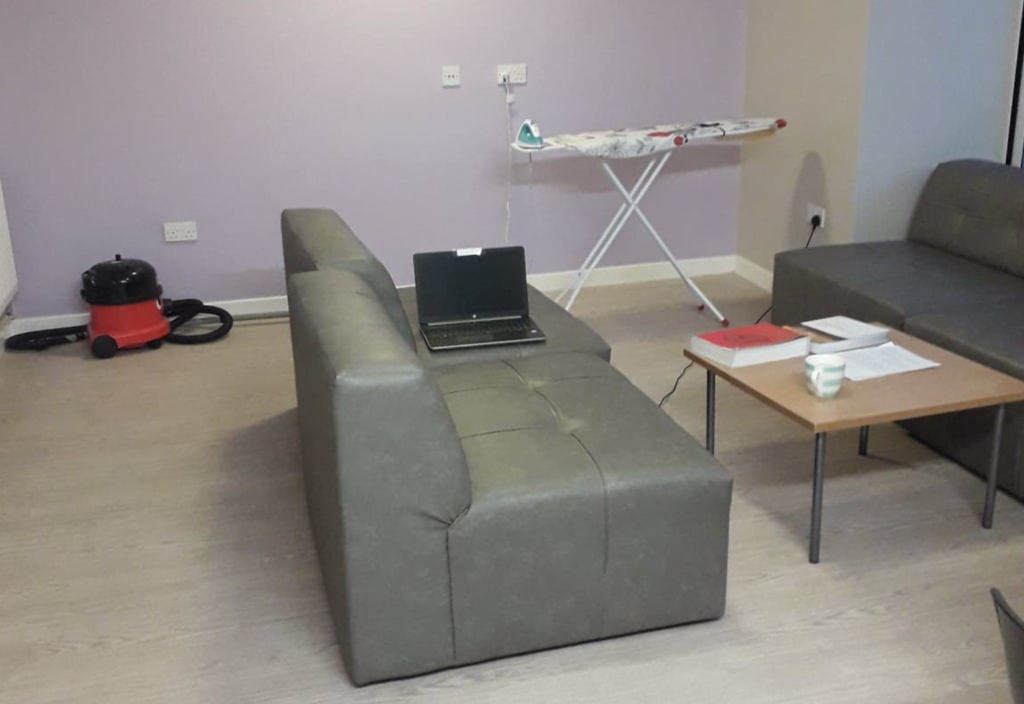 Speaking on how he keeps busy, he explained that he had coursework to be getting on with, and that exams are still going ahead, but he’s been keeping particularly occupied when it comes to non-academic areas: “I’ve nearly perfected my pizza dough recipe, so I’ve been cooking that most days, although I have a big sack of bread flour the yeast supply is rapidly dwindling so I might have to give up.”

We’ll try and get that recipe for you.

Laura is a 26-year-old Japanese student from Manchester, who has only had face-to-face contact with the single remaining member of staff at her accommodation’s reception, and only goes out to walk to the shop and back. She is stuck alone in her bedroom with a window that doesn’t open, and according to the reception staff, over 400 of the 500 students in the accommodation have moved out: “Has it taken its toll mentally? In some aspects yes, others no. On the one hand, staying indoors and not talking to anybody isn’t that huge of a deviation from my normal life; I am autistic and had trouble going outdoors and talking to people anyway, so I guess in a way I was better prepared for all this than the average person.

“On the other hand, however, it’s completely fucked up the routine I worked so hard to build and maintain (and you know how autistic people love routine). My piss poor attention span is really suffering outside of a library environment, and I haven’t seen my partner of 2.5 years in over a month now. It’s the longest we’ve ever been apart.

“Boohoo, I know, and we’ll be able to see each other again soon, but he’s virtually the only social contact I get and so to suddenly not be able to see him either was a shock.”

When asked what she does to keep busy, she told The Tab that she has deadlines to focus on like Adam, but it has made other things uncertain: “After mid-May, I’m going to have absolutely nothing to do. I still don’t know whether I’m going to be going on my year abroad in September (probably not, but one can hope), but I’m currently operating under the assumption I am, so I imagine I’ll be spending a lot of time studying in a vain attempt to be prepared. Aside from that, Animal Crossing is a time sink, let’s just say that.”

When asked why she’s isolating at uni, Laura explained that she didn’t want to return home: “I’m 26 and moved out at 17, and I sure as hell am not going back to live with my mother. That, and she’s about an eight-hour drive away; I could get a train but I really can’t afford it. In the past, I would’ve been able to get a Flybe flight down there, but they’ve gone under now so I couldn’t even if I wanted to.”

“I’m very lonely, but I get antidepressants so my mental health is under control”

Arthur is studying for his research Masters in Film, TV and Digital Production, and is in isolation with two other people in his halls of residence at Royal Holloway. He hasn’t gone home because he is an international student from Hong Kong and he is researching for his Masters. He told The Tab that he spends his time doing research and watching TV, but that there’s little else to do: “It’s very boring. I’m trying to message my friends more to kill time. I’m very lonely, so I’m getting bored but I get antidepressants so my mental health is under control.” 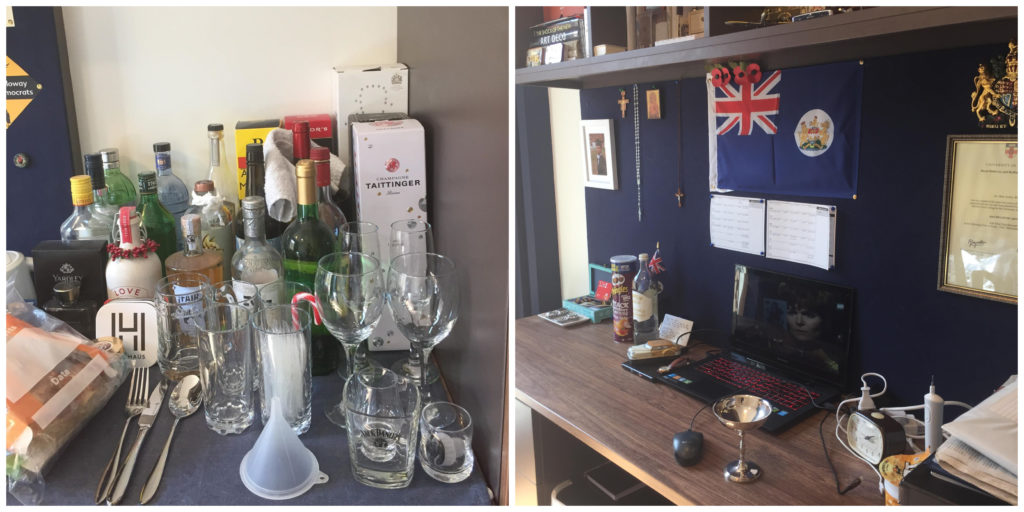 Addressing how life has changed being isolated in halls, Arthur told us that it’s affected everything down to his eating habits: “Before the lockdown, I dined out quite a lot, but now I’m eating solely microwave food. Everything is on ration – I buy microwave meals, I eat a lot of tuna and I’m drinking a lot less because there’s no one to drink with.

“Luckily, I have some savings and my family can still afford to pay for my expenses, but it would be great if I could get a job and actually do something.”

• Can celebs stop crying in their mansions about being in lockdown