Brooklyn 99 is loveable for a lot of reasons. There isn’t one single character that isn’t enjoyable in some way, even if they’re a POS like Wuntch or The Vulture – they open the door to good storylines and character arcs, plus if anything that’s just a testament to how good they are at acting. 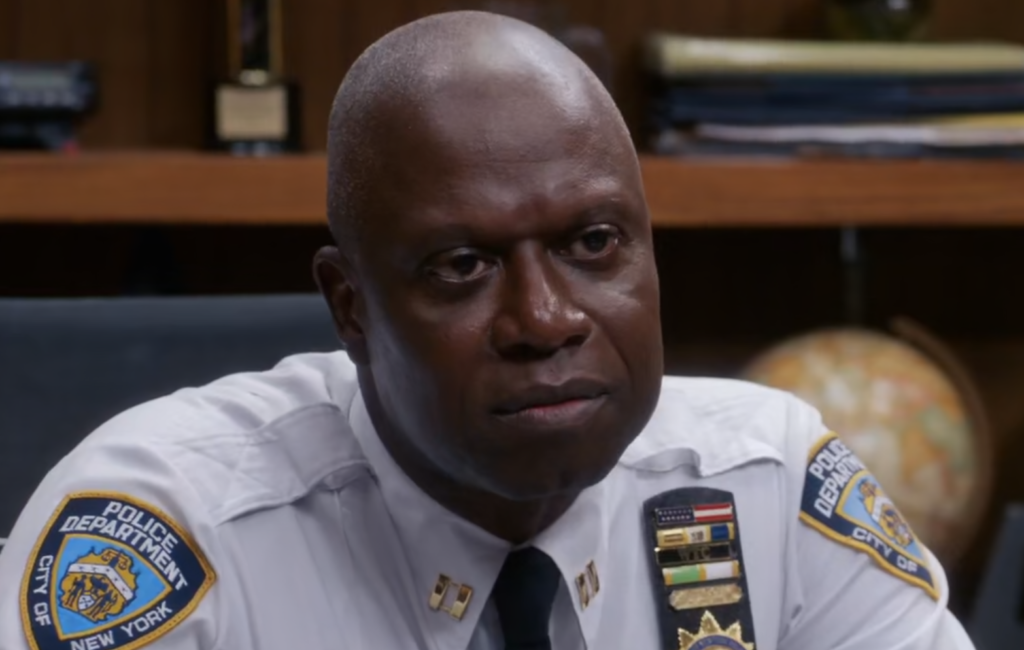 Everyone else’s characters, no matter how brilliantly written and original, will start to grate on you at some point. I mean, Amy can surely only make so many organisational clean jokes per episode.

And let’s not even get onto how genuinely cringe Terry can be – the whole third-person thing? I get it’s integral to his character, it’s just that it shouldn’t be. But Holt? Holt stays solid throughout the whole thing, both on a character level and due to Andre Braugher’s flawless acting. He literally never steps a foot out of place.

He completely cuts the bullshit

Everything is no-nonsense, from the way in which he deals with Peralta’s daily hijinks, to his approach with ensuring that his team are working as hard as possible – his whole ethos *calmy* screams efficiency. Honesty is Holt’s middle name, unless you see the corner of his mouth move, that is.

And after all, his favourite colour is tan for a reason.

Facial expressions? Exclamations? He has it all covered.

Which other character is such an important figure of representation in the NYPD?

Captain Holt serves as an important vehicle for the lack of representation of both black and homosexual people in the NYPD. The writers ensured that he had a history with homophobia and racism as a character, which makes his character a sort of statement by virtue of who he is and what he’s been through.

He even founded the African American Gay and Lesbian New York City Policeman Association, in yet another move from the writers that seeks to further his impact as not just a black, gay character. He is completely unique.

A king AND a dog lover

Whether it’s devoting an entire Instagram page to Cheddar, or teaching him the disciplines of a very good Fluffy Boy, he prefers the better of cats and dogs.

He doesn’t overshare his personal life

He keeps a perfect balance between his personal and professional lives. We see Kevin occasionally, and when we do we’re all the more thankful for it.

On top of this, he’s also deeply respectful of his coworkers in this regard too, leaving Jake and Amy all of the space that they need to flourish in the 99.

He is only dramatic when he needs to be

On the whole, Holt is reserved and won’t raise his voice or be dramatic unless needed. Such as when declaring that he is now to be known as Velvet Thunder. Or when he goes off on a tangent about something he doesn’t like.

Either way, just don’t go using “bone” in a sexual context around him, yeah?

The exterior doesn’t match the interior

If there’s anything noticeable about Raymond Holt, it’s that once you crack the stern exterior, you get the warm interior.

There’s something oddly alluring about someone who doesn’t give much away from the outset, and that you have to work at a bit until you get the rewards. It really just makes you want to get his approval, but not in a toxic way.

The man is the ultimate personification of a good leader. Fair and just, and we love him for it.

Multilingual? Oh yeah, in every sense of the word

English with a bit of French? Try Spanish, Greek, Portuguese, Flemish and Russian as well.

He still participates in office antics

Yeah, he can be stern, but he also gets involved with all of the office antics.

…as well as missions

You will have seen Holt take part in many operations, despite being a figure of authority in the precinct. If that doesn’t command some sort of respect then I don’t know what will – we stan a king that gets his hands dirty from time to time!!

Captain? How about Head of Public Relations, pidgeon mascot for the NYPD or Fun Zone assistant manager?!

And did we even mention that he’s insanely multilingual? Try Spanish, French, Greek, Portuguese, Flemish and Russian as well. 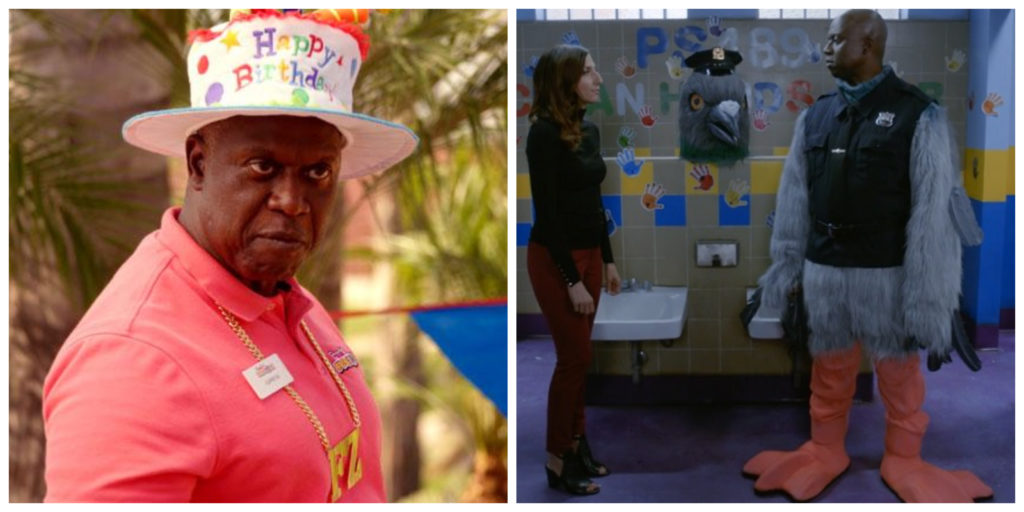 He has a colourful past in more ways than one

He used to be a gambling addict, he was a top cop and he was also the first black gay cop to become captain. We aren’t worthy.

… but this leads to him being so much better a leader

With a wealth of life experience comes many good qualities and experiences that he can draw upon. I mean, how would he have helped out during the Bad Beat episode if it weren’t for his past in gambling (even though it does go slightly awry).

Everyone thinks Boyle is the strangest one, but Holt has some pretty alternative hobbies too

One of Holt’s best qualities is that once you break beneath the surface, he has a lot of odd activity preferences for someone who is relatively normal.

Whether it’s hula hoop classes, his proficiency at squash or the fact that he chose Mexico as a destination to get away from it all when he notoriously isn’t a fan of blue skies, he has some pretty alternative hobbies and tastes, and we’re here for it.

He is practically the father figure of the office

Jake and Amy have even accidentally called him dad before. Daddy indeed, Holt.

And finally, he has many names 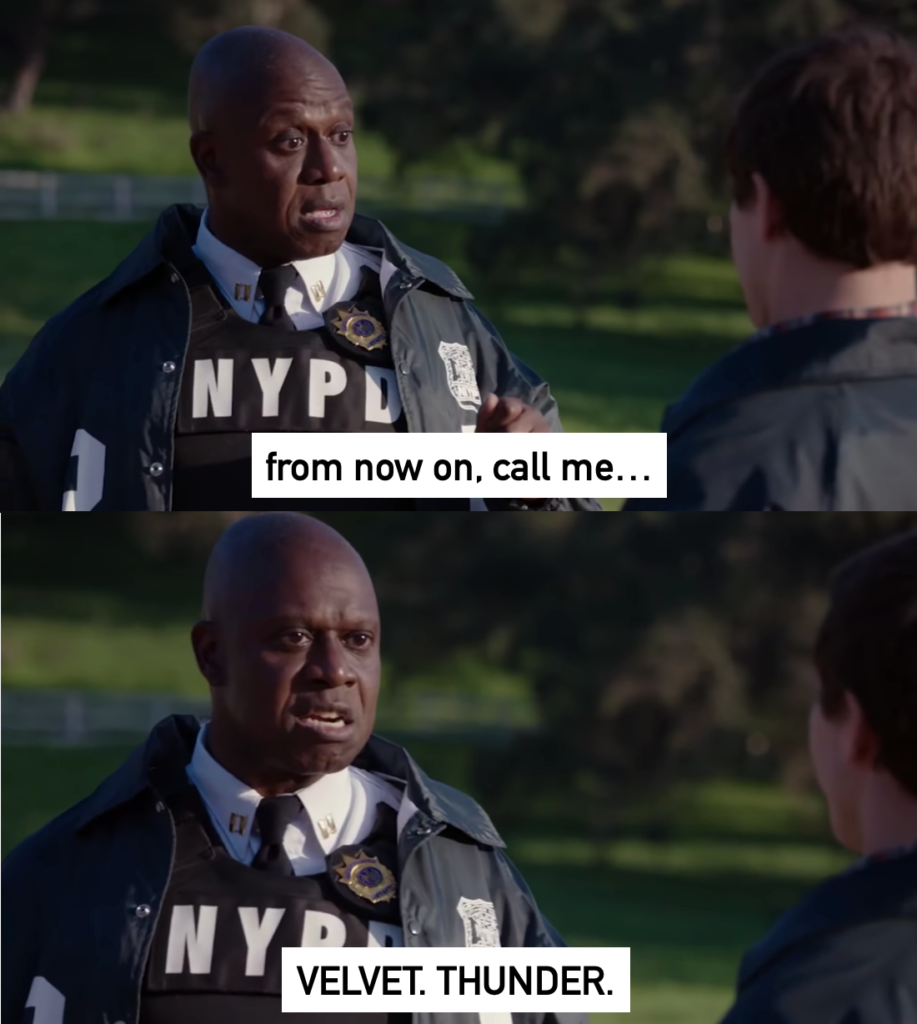 • QUIZ: Which male Brooklyn 99 character are you?

• QUIZ: Which female Brooklyn 99 character are you?

• Brooklyn 99 quiz: Which rank would you be if you were in the nine-nine?