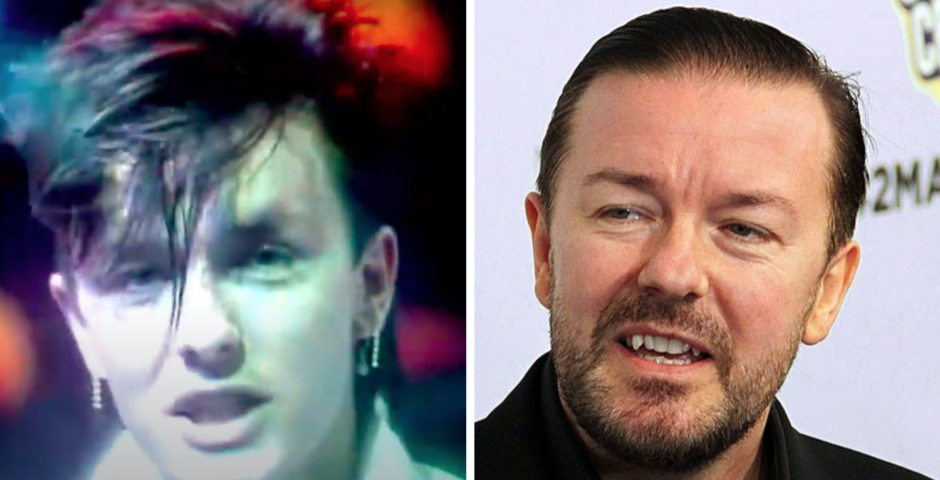 How can anyone compete

Everyone on Twitter is going mad f0r the #meat20 trend right now. For those unfamiliar, the challenge is to post a photo of yourself from when you were 20 because, to be honest, what else is there to do right now other than to take part in stupid social media challenges?

Supposedly this is the tweet that started it all, but since then there’s been an influx of people doing it. Amidst the trend-chasing 25-year-olds and normal nobodies doing this challenge, there’s some actual gems to be found from some of our favourite faces from film and TV. From Nigella to Carol Vorderman, everyone seems to be having a go at it, so here’s some of the best #meat2o celeb transformations:

We all know that Nigella is the collective mummy that we wish we all had – shit, I’ve had very colourful dreams of being tucked into bed with a cup of cocoa and a good night kiss. It comes as no surprise that if someone is beautiful now, they’re likely to have been when they were younger – she’s always been stunning and she always will be, that is the only true constant in this universe.

If I could write a letter to my 20 year old self, I would say, Dear Ricky, you are a perfect genetic specimen and that will never change. Eat and drink as much as you want. Just so I could see the look on the silly fat cunt's face now. pic.twitter.com/514g7Kq1NP

Ricky was clearly ahead of the curve with the #meat20 trend, posting this shot back in 2019. Yes, Ricky was a floppy-haired e-boy before they even became a thing. He’d be so big on TikTok.

this was me at 20 (in the bake off tent). i now spend less time hating myself and more time hating the UK food media and the crooks who uphold it. we grow. pic.twitter.com/AdAG4yHb6I

Ruby Tandoh shared a photo of herself when she was 20 which, considering she’s 27, isn’t really much of a big deal. A sprinkle of bakeoff hatred, a touch of personal reflection, and a nice healthy dollop of “nobody asked”.

One of the more notable alumni of Cambridge University, Carol has thrown it back to her graduation day at age 20 – either they were very different times or she was seriously excelling in school. Nice barnet.

The only #MeAt20 pic I have to hand – presenting the ‘seminal’ fashion show Posh Frocks and New Trousers for ITV with @RealSarahGreene and @Annabel_Giles 🤣 #AGE20 pic.twitter.com/NsZLshHFC3

Our fav Channel Four newsreader, Krishnan had a serious jawline back in the day!

#MeAt20 with my melon head and tiny little body, that was criticised for being too fat even then. You will never please everybody. So have that Easter egg for breakfast and relax pic.twitter.com/jGP1h0maFX

Emily Atack shared a photo from what looks like the set of The Inbetweeners, including a nice little message for those of us who are putting on massive amounts of weight currently.

Everyone remembers that in 1989 Risk was for cool people, right?#MeAt20 pic.twitter.com/jGsU87lGig

I was today years old when I first saw pictures of young Dolly Parton. pic.twitter.com/6Ro8oKpLPf

Some things never change, and by the look of Dolly Parton when she was younger, that only applies to the hair!

The slightly less sexy chef with “Nigel” in their name, but probably your 60-year-old parents’ preference, Nigel Slater was serving some serious looks when he was 2o. Double denim underneath a sweater – Nigel!!! 😳

#MeAt20 – Obviously the one on the left pic.twitter.com/oBcBVcsYfR

It’s weird to think that the weird little voice of an animated snowman from a widely popular Disney film came from this man’s mouth, but that’s just the way it be.

Okay, so people like 58-year-old Survivor presenter Jeff Probst don’t deserve trends like these because their beauty has not waned over the years. My guy arguably looks better on the right ffs.

Me at 20. Do I win something? pic.twitter.com/DYXkI7e6qe

Actress Busy Phillipps proves once again that youth can be eternal to those with good genes. Here she is on the set of Freak and Geeks with James Franco back in 1999. And it doesn’t stop there – that show is a whole goldmine of “me at 20’s”, so enjoy:

yeah bro i watch freaks and geeks for the plot pic.twitter.com/eHmyLrjeGK

#MeAt20 Publicity photo for a student comedy show. I did all my own make-up. pic.twitter.com/GN0r2dbEwE

Not much difference, tbh.

I think I’m about 20 here. Dancing with my Nan in the Bethnal Green workingman’s club. She was born in Gibraltar, remembered being taken to Sunday bull fights in Spain as a child. Worked as a home help for 40 years, then a cleaner into her 80’s. She was an amazing woman. pic.twitter.com/5SDiPwvd27

Eddie Marsan is the most recognisable guy in films that you’d never be able to name, but he’s a seriously good actor. Being very distinctive looking, there’s no surprise here that he looks much the same.

• Can celebs stop crying in their mansions about being in lockdown?

• People are giving themselves atrocious home haircuts during quarantine