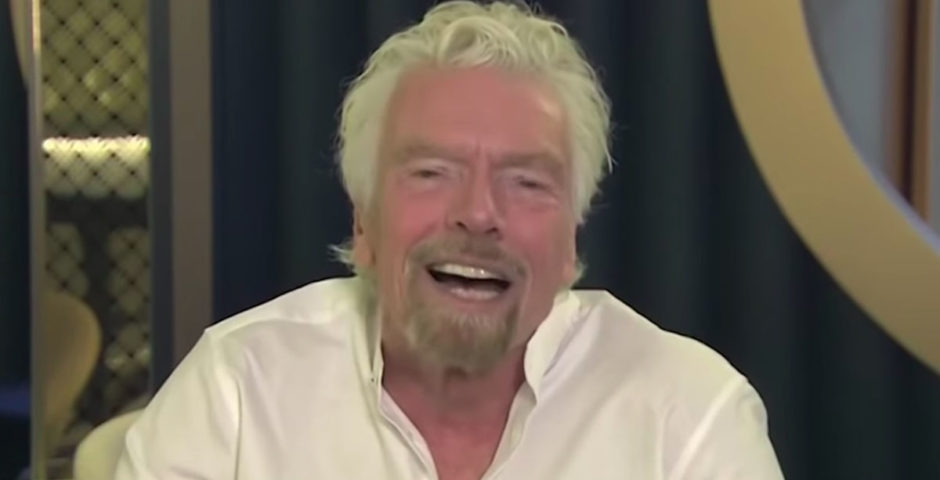 His company once sued the NHS

The 5k challenge is all over Instagram, with people posting their sweaty selfies, tagging their mates, subtlety bragging about running a 5k in under 30 minutes and showing that they’ve donated to the Run for Heroes fundraiser on Virgin Money Giving. And this is where a lot of people are getting pissed off.

Virgin Money Giving is where you can donate £5 or more to the NHS staff for the fundraiser set up by 27-year-old Olivia Strong from Edinburgh.

However on Twitter a lot of people are pointing out Virgin take some of that money. This doesn’t really sit well, considering that another of Richard Branson’s companies once sued the NHS.

Yeno every time you donate to the NHS through Virgin Money, Richard Branson takes a percentage right?

When you donate any sum of money on Virgin Money Giving, two per cent of that donation goes to a platform fee and another two and half per cent goes to a payment processing fee.

Which basically means 90p of every £20 donation doesn’t go the NHS and instead goes to Virgin.

Virgin Money Giving released a statement on Twitter emphasising that they do not make any profit from donations.

They said: “We’ve seen a lot of comments online recently about how we support the UK charity sector, and it’s safe to say that there’s some confusion out there! To be clear, we don’t make a profit from what we do.”

We’ve seen a lot of comments online recently about how we support the UK charity sector, and it’s safe to say that there’s some confusion out there! To be clear, we don’t make a profit from what we do. You can find more out about Virgin Money Giving here: https://t.co/1CQBEOdtEL pic.twitter.com/p5GZzafEkZ

People are starting to get royally pissed off that all the money isn’t going to the NHS when one of Richard Branson’s companies literally sued them a few years ago.

So why did Richard Branson’s company sue the NHS?

Virgin Care is one of Richard Branson’s companies, which was set up in 2006 and is committed to providing health and care services in England. They treat more than one million people per year.

If they don’t win a contract they will ask why and when they asked those questions with the Surrey case, the CEO of Virgin Care, Dr. Vivienne McVey said there were serious concerns in how the selection process played out and they asked the commissioners to look into it.

However the commissioners did not and signed the contract with the other company. This signing of the contract then meant this had to be turned into a claim and would be settled with the payment of damages.

In November 2017, the NHS settled the dispute with an undisclosed sum of money.

In the NHS Surrey Downs clinical commissioning group October finance report they disclosed that its liability in the case was £328,000.

Dr. Vivienne McVey said the company does not make any profit and they have put £75 million into supporting doctors and nurses.

She said: “Virgin Care has never made a profit and the Virgin Group has actually invested more than £75 million across the UK in people and technology, supporting doctors and nurses in their jobs and significantly reducing waiting lists.”

How much is Richard Branson worth?

According to Forbes Richard Branson is worth $4.5 billion and is ranked in position 565 on Forbes billionaire’s list. He spends most of his time on his private island, Necker Island, which he bought for $180,000 in the 70s.

A few weeks ago Richard Branson asked the UK government for a £500m bailout for Virgin Airlines.

•The 5k ‘Run for Heroes’ challenge has raised £1.7 million for NHS staff

•This is how you can donate to the NHS during coronavirus

•You could be fined up to £960 for breaking lockdown rules!!