Who else won Who Wants To Be A Millionaire and what are they up to now?

ITV’s latest show Quiz dramatises the Who Wants To Be A Millionaire coughing scandal. The wild show is all about one of the six winners of the quiz show who was accused of cheating. Charles Ingram and his wife Diana were arrested and taken to trial for allegedly cheating to win the million pounds.

Including Charles, 13 contestants reached the million pound question stage and they are tough questions to get right. However five other people managed to guess the answers correctly and win £1million.

Since these five contestants won you’d expect they’d be spending their cash and living the dream. And a few have gone on holidays, bought properties and given money to their kids, but mostly they all just keep on doing quizzes.

These are the other Who Wants To Be A Millionaire winners:

Judith was the first ever winner of Who Wants to be a Millionaire in 2000 after correctly answering the question: “Which King was married to Eleanor of Aquitaine?” . The answer was option B, Henry II. 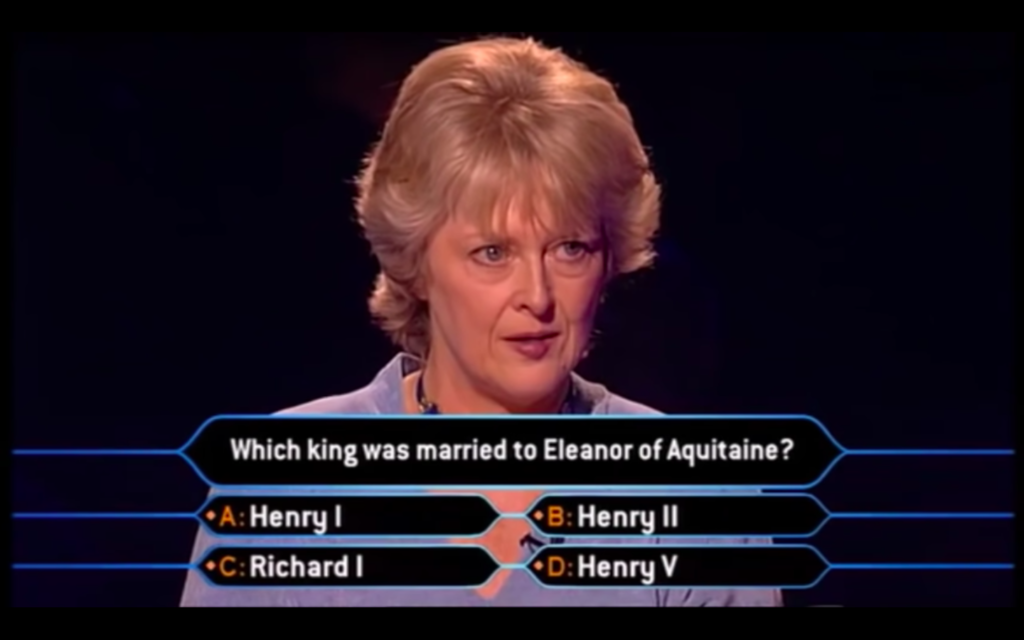 Judith had never taken part in any quizzes before going on the show and when she won she was pretty calm and hugged Chris Tarrant.

She hired a financial advisor after her win and sold her house in Fulham and bought a smaller flat in London and a house in France. Judith went on a few holidays to India and Laos, gave some money to her family and donated to a tiger-conservation charity.

Since winning, Judith joined the quiz show Eggheads, which she has been on since 2003. She published a quiz book and compiled quizzes for the Daily Telegraph after her win as well.

David was the second winner of Who Wants to Be a Millionaire in April 2001. He correctly answered the question: “If you planted the seeds of Quercus robur, what would grow?”. The right answer was trees. 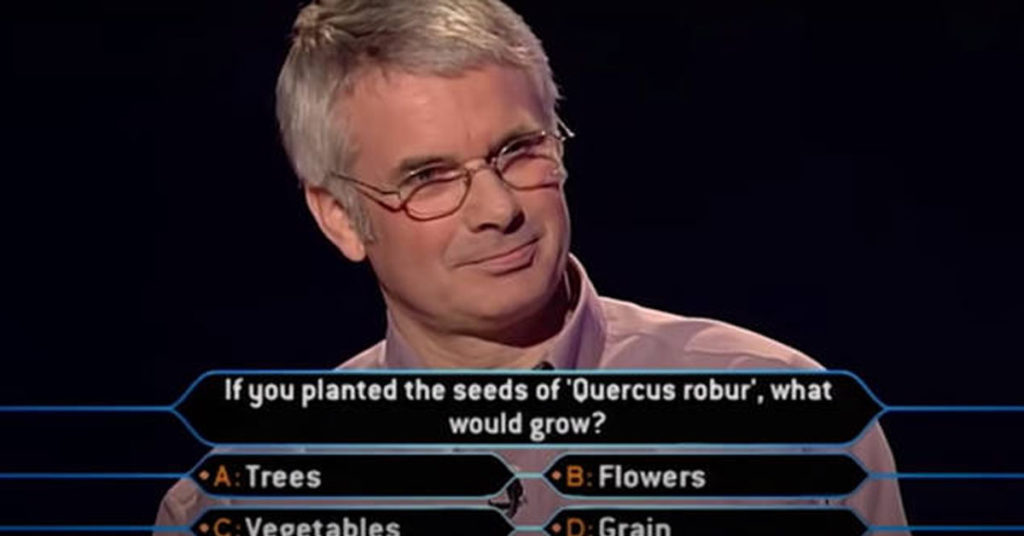 David was a physics teacher and he tried to become part of the Egghead team but placed second after another Millionaire winner beat him.

He has since won the British Quizzing Championships in 2008 and 2010 with his partner Nic Paul.

Robert won £1 million 19 days after Charles Ingram did. He correctly guessed the answer to “Which scientific unit is named after an Italian nobleman?” after using the 50:50 lifeline and choosing the right answer of “Volt”. 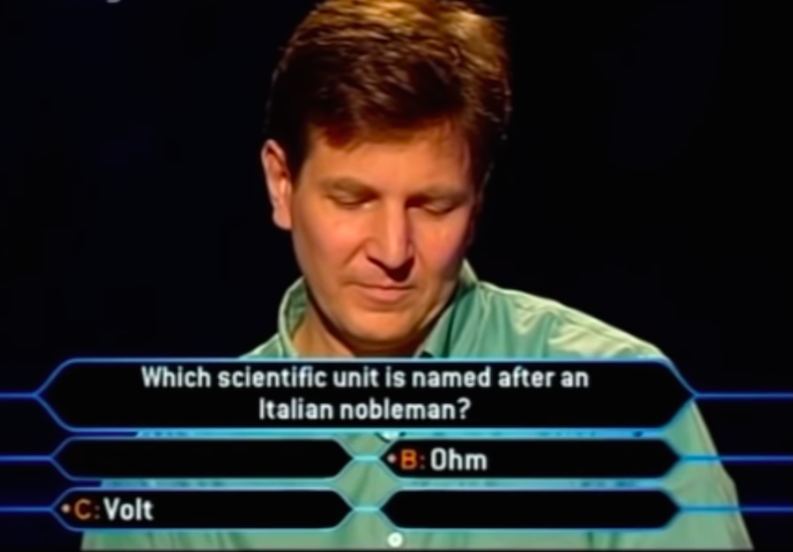 Robert was a banker and apparently annoyed a lot of his neighbours by winning, as they claimed he was already rich. He’s stayed out of the limelight since his win.

Pat was the fourth winner of Who Wants To Be A Millionaire after appearing on the show in April 2004. His winning question was: “Which of these is not one of the American Triple Crown horse races?” Pat still had two lifelines remaining, the 50:50 option and the phone-a-friend option. He used both lifelines and correctly guessed “Arlington Million”. 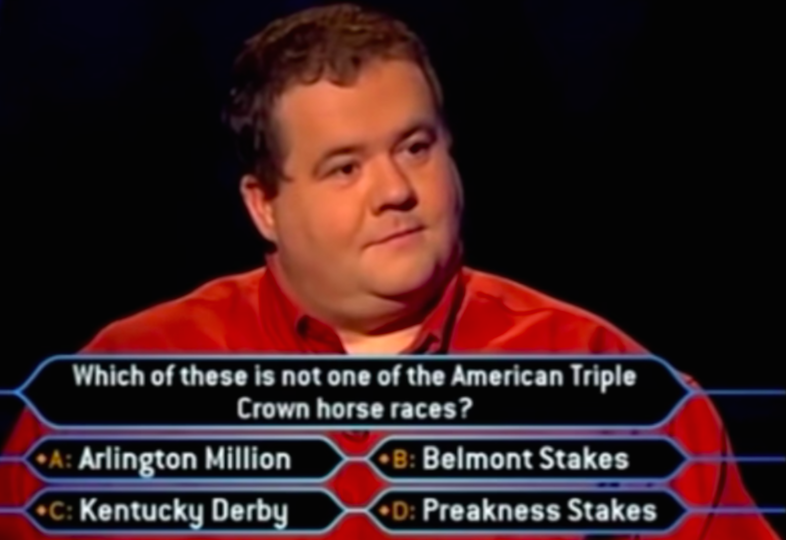 Since winning the show Pat hasn’t spent loads of money and instead used it to allow him to work part time. Pat also appears on Eggheads alongside Judith.

He has also won Mastermind, Mastermind Champion of Champions and Brain of Britain. Pat has gained over 25 medals for quizzing and is ranked the second best player in the World/Europe.

Ingram was the last winner of the show before it ended. He correctly selected the answer to the question “Which boxer was famous for striking the gong in the introduction to J. Arthur Rank films?”. Which was “Bombardier Billy Wells”. 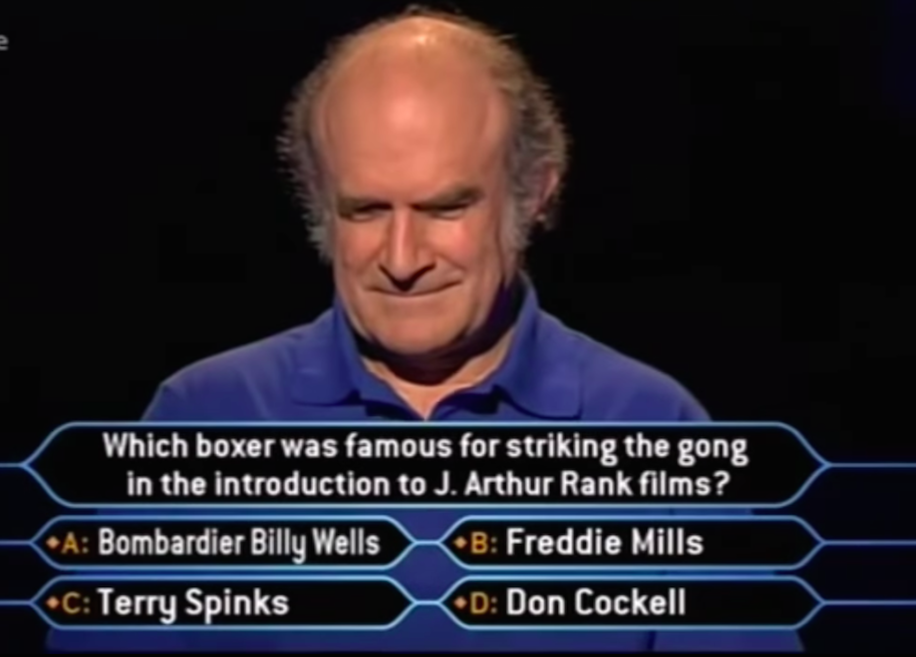 He gave most of his winnings to his children and lost some of it due to the financial crash.

•How many million pound questions would you actually get right?

•Quiz: How much money would you actually win on Who Wants To Be A Millionaire?