Inside the Hype House: The LA mansion where all the biggest TikTokers live

IMAGINE getting to make TikToks non-stop every day

You’ll doubtless have heard of the Team 10 house in LA, where Jake Paul and his pals crank out YouTube videos every day. Well it’s not a hugely uncommon occurrence these days to see mansions full of influencers living together and collaborating on videos in a kind of permanent influencer sleepover. If the Team 10 YouTube house epitomised the 2010s, then surely the TikTok Hype House epitomises the 2020s.

But what even goes on in the Hype House? And who lives there? This is everything you need to know about the TikTok Hype House. 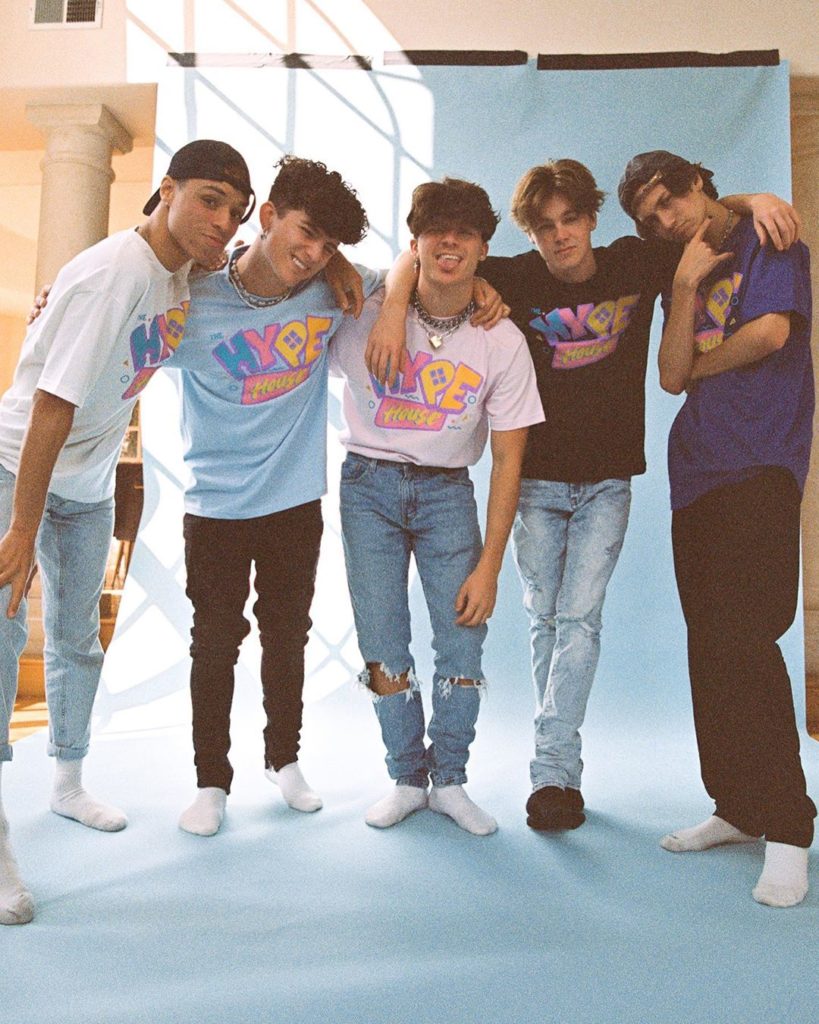 What is the TikTok Hype House and what happens there?

The Hype House was created in December by YouTuber Thomas Ptrou and TikToker Chase Hudson, who originally wanted to name it the House of Olympus until someone else suggested the alternative.

Having over a dozen TikTokers living under the same roof encourages creativity, collaboration, and offers an opportunity to immerse themselves in influencer culture.

Who lives in the TikTok Hype House?

19 TikTokers live in the Hype House, but only four of them stay there full time, since a lot of the members are technically underage.

The New York Times profile on the house says Thomas Petrou is the “den mother,” managing schedules, handles house issues and internal conflict. Chase helped put the money down on the house.

Where is the mansion located?

According to The New York Times, the mansion is “perched on top of a hill on a gated street in Los Angeles.”

The gated community prevents loads of fans from swarming the residents, and the house is blessed with large open spaces, huge mirrors, and plenty of natural light for filming those high quality TikToks.

What are the rules of the house?

Simply put, you have to make videos every day. And as far as property damage goes, if you break something, you get two weeks to replace it.

“You can’t come and stay with us for a week and not make any videos – it’s not going to work” Thomas told The New York Times. “This whole house is designed for productivity. If you want to party, there are hundreds of houses that throw parties in L.A. every weekend. We don’t want to be that. It’s not in line with anyone in this house’s brand. This house is about creating something big, and you can’t do that if you’re going out on the weekends.”

To avoid drama, the TikTokers living in the house are careful who they film with so as to avoid drama. For example, any members with girlfriends can chose not to film alone with other girls so viewers don’t start rumours.

How do you become a member of the TikTok Hype House?

Chase is the Hype House’s talent scout, and he says you have to be young, full of energy, and “honestly a little weird.” Other than that, Chase told The New York Times you could also be talented, funny, or “extremely good looking.”

How does the Hype House work as a business?

Unlike the Team 10 House, the Hype House doesn’t take a cut of the profits made by the people who live there.

As it stands, there is no formal structure for how profits might be divvied out should the Hype House start to expand, and others have taken notice.

A former videographer for Jake Paul told The New York Times: “At some point if they want to do a pop-up shop, or release Hype House merch, they need to figure out how to divvy things up financially and they’re going to have to legitimise it as a business.”

Vice president of Talent Agency TalentX Entertainment added: “As I’ve told many of these creator houses, before you dig deep into raising the value of the I.P., make sure that you have the splits organised so it doesn’t come into play and ruin friendships.”