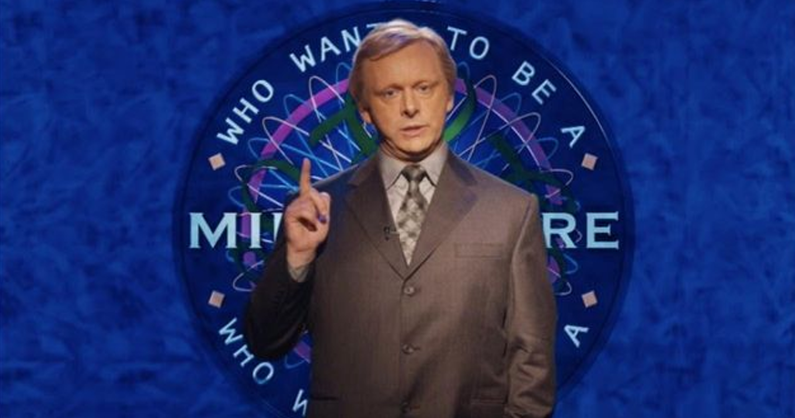 Wow they even got his bed right

Alongside being good, ITV’s new drama Quiz has blown everyone away with its attention to detail. Put a screenshot of the show alongside an original photo, and it can be hard to tell the difference.

However, we’ve all become accustomed to “based on a true story” TV shows taking generous liberties with the facts. Yes, The Crown. But for a three part series, there are a surprising amount of throwaway scenes and details in Quiz which are true to life.

The questions are the originals asked to Ingram

The excruciating exchange where Charles changes his mind about Haussman, the architect, despite being convinced he designed Berlin? The real question.

In fact, this moment was considered to be the most incriminating of the coughs in the actual trial.

Beyond this, there were periods of the recording where there were no “contentious coughs”, and the producers included one of those questions for the purists. The question about Holbein, the painter, was a “really fun detail to include”, says producer Alice Pearse.

‘The Syndicate’ is real, but it wasn’t called that in real life

Whether you think of them as a shadowy network of master manipulators or as a pitiable gang of TV obsessives, “The Syndicate” is real.

However, the show’s writer James Graham revealed that the “relatively professionalised organisation” were in fact called “The Consortium”. Which is a far more fitting name. What’s kept the same is that they were run by Paddy Spooner.

Whilst researching the show, Graham says he discovered information about the group that had never come to light before, and that he came to think of them as a “resistance movement born out of polite middle class people trying to hack into a game show”.

Quaint, but the group also managed to win £5m between them.

Taking Charles from amateur fingerer to master prodder, the box could be seen as Quiz’s pivotal character. Its Gavrilo Princip. The chaos agent without which none of the events would have happened. No Charles on the show, no coughing, no national scandal.

Well, it was all part of Diana’s highly marketable (yours, for a price) method for getting on to the show. GQ have dug up a quote she gave to a newspaper at the time, where she says: “Fastest finger is an enormous hurdle and incredibly daunting. We practiced for months. My brother created a copy of the fastest finger machine, which we had both used when we were on the show. Our inside knowledge helped because we knew the shape of the buttons.”

Alongside Michael Sheen’s eerily good Chris Tarrant impression – said to be so good the audio is indistinguishable from the real recordings of the big man – the show’s attention to detail extends into the bedroom.

Watching along with the rest of us, Charles Ingram revealed how two fairly humdrum aspects of his life has been recreated – his bed and his car.

That’s our BED! How the heck did they find our bed? #Quiz @ITV

Viewers have speculated the producers may have spotted the detail when the Ingrams appeared on Celebrity Wife Swap.

Meanwhile, Ingram described the “old Honda” as “loaded and such a smooth ride”.

I loved that old Honda. Loaded and such a smooth ride. The attention to detail is unnerving. #Quiz @ITV

Were it not based on a true story, the scene where the TV execs rush out of their crisis meeting to watch 9/11 happening on the news may have had a B-movie “mother of GOD!” cliche feel to it.

But it really happened.

Despite everyone seemingly remembering watching the Ingram episode on TV, it never fully saw the light of day, just like in the show. What you remember is the subsequent documentary about the incident.

Thankfully, the glitter man is real

In a show riven with antiheroes – the TV execs obsessed with preserving the value of their TV format, the hapless middle Englanders trying to wheeze their way into a million – it’s refreshing to be presented with the glitter man, an unambiguous saviour.

The hero of the hour, whisked away from his sandwich to make sure the glitter cannon fired, has all the hallmarks of a bit of invented comic relief. But no, he is in fact real.

Series writer James Graham confirmed as much, going one step further and promising a 24-part spin-off.

And there’s no chance he’s having us on.

This is frankly staggering attention to detail, but producer Alice Pearse told the Final Answer podcast they went to lengths to dig out the original track used.

Yes, Chris Tarrant did get the weird star treatment in court

When the judge asks Michael Sheen if that is his “final answer”, it seems odd. Like the writers have decided to do away with the realism and chuck in some nice laughs to break up the court case.

Except, it really happened. In fact, the whole courtroom was starstruck by the presenter’s appearance on the stand.

Everyone really did break out in a coughing fit

By this point, seeing groups of people on telly not following social distancing rules makes me feel a bit weird, so the scene where the whole courtroom got carried away coughing just seemed like an anxiety-inducing nod to The Times We Live In.

It wasn’t invented, however. The real trial was adjourned to allow everyone to get over their socially contagious cough.