Last week, the entire world came to a stand still to process the news that a whole new Tiger King after show episode was coming. We had high hopes of more drama, revelations and shocking confessions in “The Tiger King and I”- which promised brand new interviews from cast members.

Then what actually landed on Netflix was a bunch of Skype interviews (fair, everyone is isolating) with Joel McHale which looked like they were sponsored by AirPods. Yes we learned a few more interesting things and it was enjoyable to catch up with everyone and hear what they thought of the show – but a lot of people are arguing the extra episode was unnecessary and to put it straight, boring.

Even so, Twitter’s reactions and memes from The Tiger King and I are much better content than the show itself. Here are the best. Enjoy.

1. No Carole is the biggest crime of this after show

the tiger king aftershow doesnt have carole baskin@joelmchale how could you leave out our diva? pic.twitter.com/1P0HRX0Jtk

2. THIS IS NOT WHAT WE WERE PROMISED

Netflix promised a new Tiger King episode, turn it on and it's Skype calls with Joel McHale…. pic.twitter.com/fpEACHUu2u 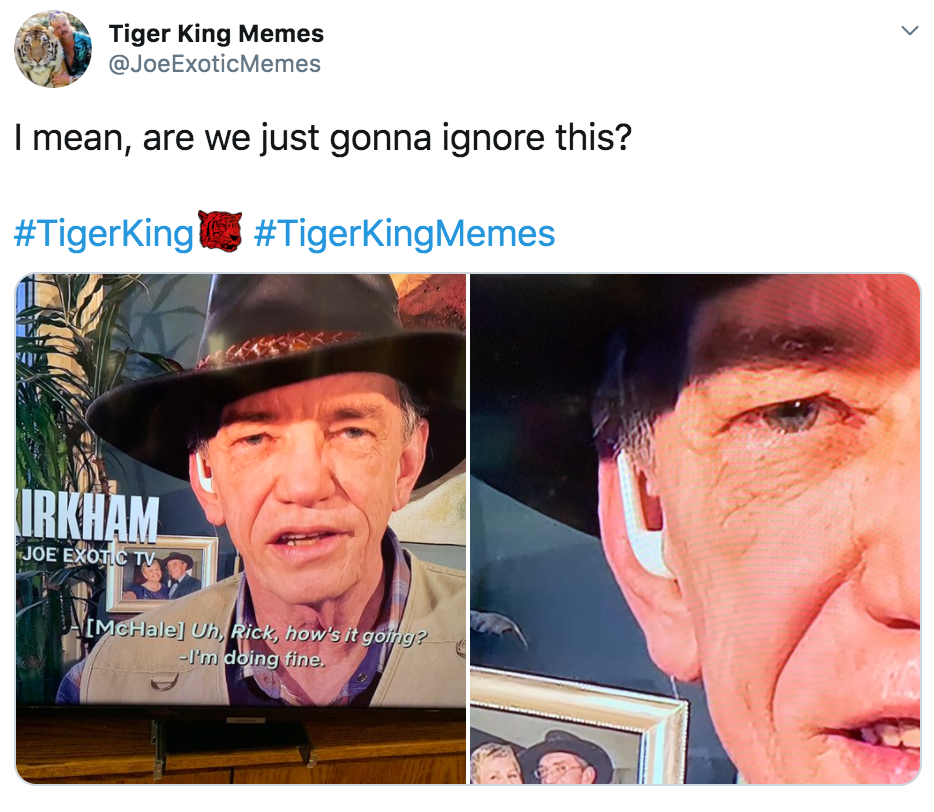 #TigerKing the fuck is this new episode!? I don't want a chat show I need TRUTH! pic.twitter.com/YMstVIiDXH

5. I mean, the last two things are for sure

6. Get him his own show, that’s something I would watch

“No, I don’t do meth. I never have. I like sleeping too much. I used to have a drinking problem, now I do not. Alright, so fuck all y’all man.” hands down best quote from #TigerKingandI

on a real note tho, he seems like the chillest person there and hasn’t even seen the show 🤯 pic.twitter.com/WHdwMxJWTi

8. Erik just does not give a damn

This extra episode of #TigerKing is….. desperate to say the least pic.twitter.com/vGb3Gr2s95

Is #TigerKingAndI just a long advertisement for AirPods? #TigerKing

The #tigerkingandi is a rush by Netflix and wasn’t needed. It’s too close to the release of the documentary and added no value. Seemed like an advertisement for iPhone and EarPods.

14. If you didn’t already know this, this was probably the most shocking revelation

Joel McHale ruined the #tigerkingandi by being Joe McHale. They honestly couldn’t have found ANYBODY else?!

16. There is no explanation needed

I think Saff should be president and I don’t feel the need to expand on this. #tigerkingandi

Can we please get Joe’s former campaign manager therapy? Can we GoFundMe that or something? #TigerKingAndI

is there any doubt jeff lowe keeps that oakley hat on during sex?#TigerKingAMovie #tigerkingandi pic.twitter.com/tjYZ7qbcIb

The new #TigerKing episode is a giant let down. pic.twitter.com/tDYnrW0P4W

Highlight of #tigerkingandi is definitely this guy with a single Airpod in, upside down 🙃 pic.twitter.com/xdkkQ3C5AJ

The interviewer jokes didn’t hit, what a disaster #TigerKingNetflix #tigerkingandi

Not sure why Netflix felt the need to put this out…. #TigerKingAndI pic.twitter.com/GoH3OQX5mI

I was excited for the new #TigerKing episode, but as soon as I saw this face on my screen, I didn’t even bother. pic.twitter.com/Dg3UwkH3lY

25. This is true tbf looool 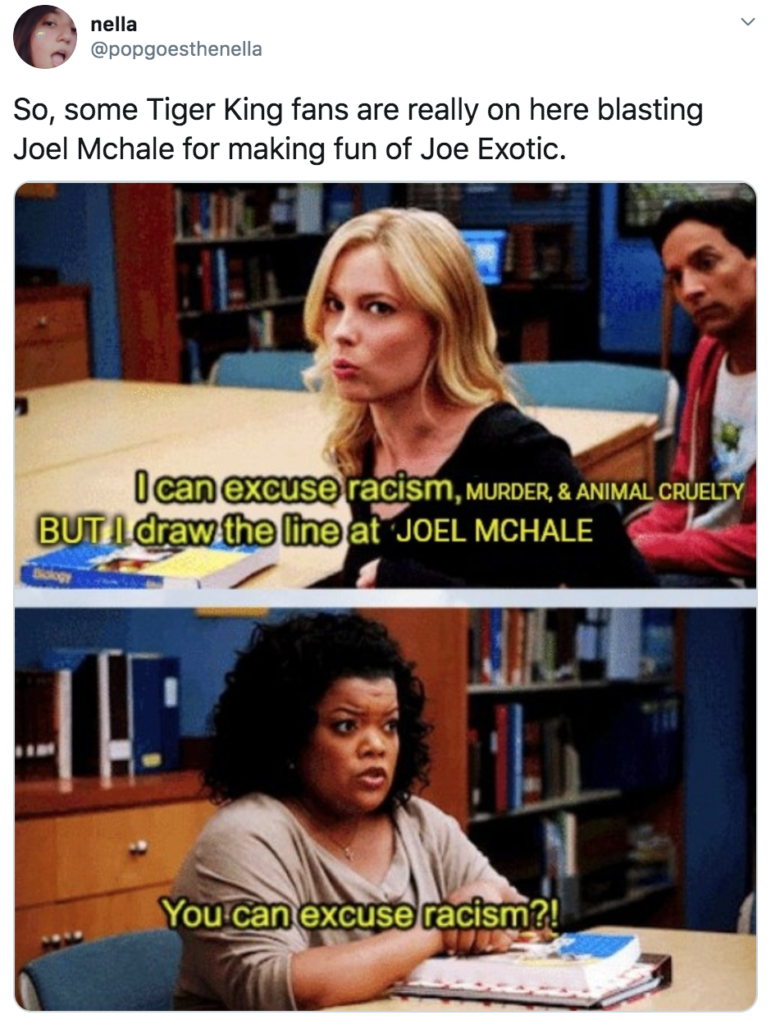 The Tiger King and I after show and all seven episodes of Tiger King: Murder, Mayhem and Madness are available on Netflix now. For all the latest Netflix news, drops and memes like The Holy Church of Netflix on Facebook.