No Carole, no party

Netflix is apparently putting together a Tiger King reunion show which will be available in the coming weeks. However it looks as though one main piece in the Tiger King puzzle will not be in place, as Carole Baskin has said she has no interest in featuring.

The news of a possible bonus episode was spilled by a star from the series, Jeff Lowe. In a personalised video requested by a viewer featuring himself and his wife Lauren, Jeff says: “Netflix is adding one more episode, will be on next week – they’re filming here tomorrow. Take care, stay safe and put your mask on.”

So our friend @christie_dish listened to the podcast, @HoldingKourt and after last weeks episode decided to send us this!!!

There will be 1 more episode of #TigerKing [email protected] pic.twitter.com/YeRSIlDKTJ

The rumour mill then went into overdrive. Because he said Netflix had returned to film more, everyone went on to believe it would be a Love Is Blind style reunion show – revisiting the big cat owners and their zoos.

One of the biggest parts of the Netflix show is the ongoing feud between Carole Baskin and Joe Exotic. However, it looks like we might not get to hear the latest on this, as Carole has said she wants nothing to do with a reunion. Carole’s representatives told Entertainment Weekly: “We have not been approached about a new episode and would not participate if asked.”

After the series aired, Carole spoke out and said Netflix producers “did not care about truth” and said “unsavoury lies are better for getting viewers.” 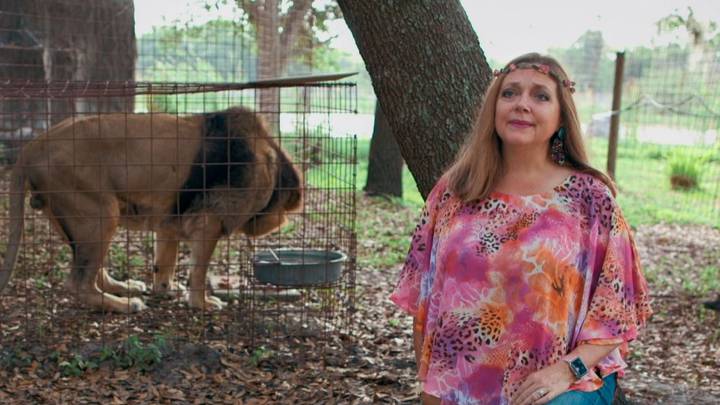 Joe Exotic’s husband Dillon Passage has also confirmed that he has heard about a bonus episode of the documentary series. During an interview on Andy Cohen’s Sirius XM radio show he said he will also not be taking part. He said: “It’s going to be like a live-based episode, I believe. Kind of like a reunion. But no, Netflix did not contact me to be a part of that.”

He added: “I’m not sure completely on the details. I only spoke with one of the producers a little while about it because I was asking her. I saw an article saying there was gonna be another episode dropped and I was kind of curious.”

Netflix is yet to respond to request from The Tab for confirmation of the new episode.