Because you know that’s what you’ll end up doing

Picture the scene: You’ve just settled down on the sofa for a chilled out evening of easy viewing on Netflix. You select your show, grab your snacks and begin. You find yourself sub-consciously picking up your phone and scrolling through Instagram. You look up to the screen and now have no idea what is going on. It’s a disaster.

Sometimes all Netflix provides is background sound for an evening lying down and playing on your phone. It’s just nice to be able to look up every now and then and catch a bit of a TV show. A funny punchline here and there, a dramatic argument every half an hour, an incredible house transformation when you didn’t even pay attention to what it looked like to begin with.

Here are 15 Netflix shows which are ideal to watch whilst doing just that. They’re easy viewing and don’t take any focus whatsoever. Enjoy.

Cooking shows are perfect for half-watching, and The Final Table is one of the best Netflix has to offer. Each episode sees teams of two chefs creating dishes associated with different countries. In each episode the dishes they have to recreate are picked out by renowned, top-class chefs who make up “the final table”. In each battle a pair of chefs is kicked off and the last two standing join the final table. 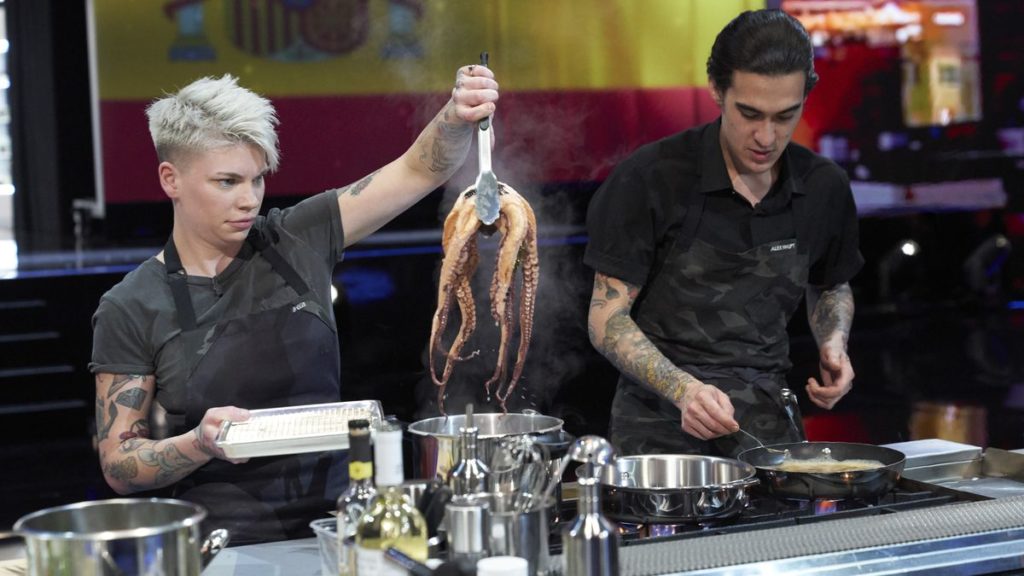 The cuisine explored on the show includes: Mexican, Italian, British, Indian and French. There is one season currently on Netflix with 10 episodes.

White Gold is the definition of easy viewing. The plot lines are simple and the jokes are easy. I honestly think you could fall asleep half way through an episode and still be able to pick it straight back up when you wake up. The show is a comedy drama all about the world of window sales in the 1980s. This may sound boring, but if you like the sound of a reunion of Simon and Jay from The Inbetweeners and Ed Westwick making “your mum” and dick jokes – this show is right up your street.

The synopsis says: “The story of a double-glazing showroom in Essex in the mid-80s, led by charismatic salesman Vincent Swan, and his unscrupulous sales team. Smart, handsome and cocksure, Vincent will happily break the rules if it guarantees a sale.”

Is there anything more easy to watch than Disney Channel classics? Before long you’ll be dreaming you were Tori Vega, attending Hollywood Arts and you’ll be singing Make It Shine all day. And who doesn’t love looking at throwbacks of Ariana Grande? 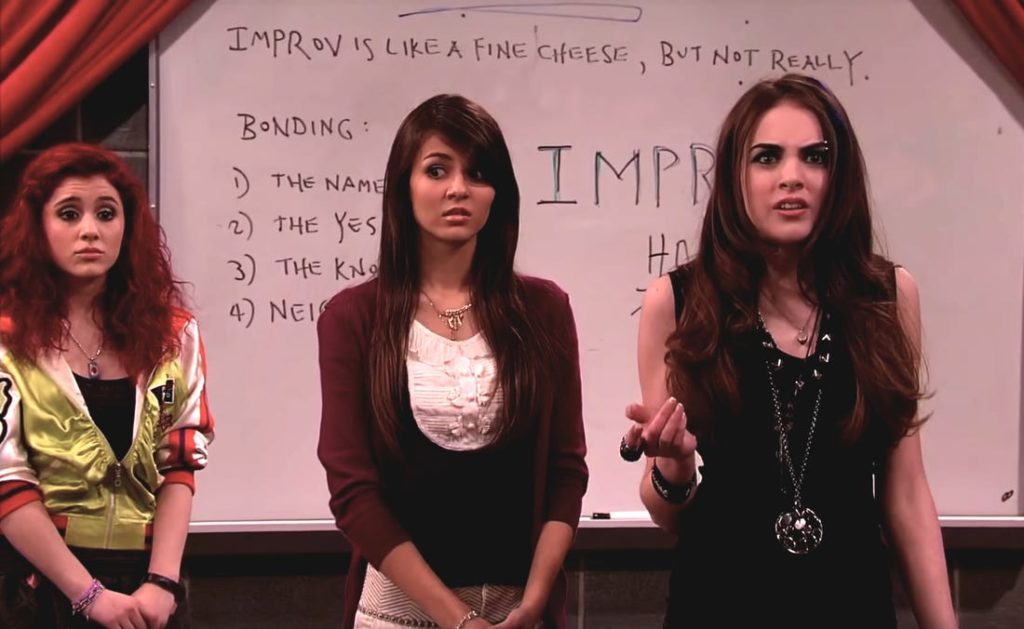 There are three seasons on Netflix at the moment, with a grand total of 50, 20-minute long episodes. It’s a dream. Thank me later.

The plot lines in Good Girls might not be entirely believable, but that’s what makes it a great watch. The synopsis says: “Three suburban moms orchestrate a local grocery store heist to escape financial ruin and establish independence – together.”

It’s a bit like Breaking Bad, but mumsie. And if you like staring at your phone, you might luckily time your glances at the screen just as this guy pops up: 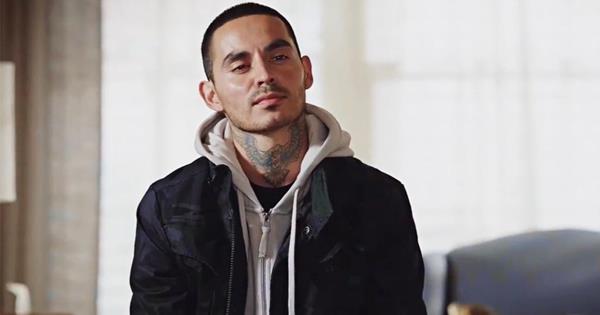 Grace and Frankie is top-tier heartwarming and easy television. The synopsis says: “For as long as they can recall, Grace and Frankie have been rivals. Their one-upmanship comes crashing to a halt, however, when they learn that their husbands have fallen in love with each other and want to get married. As everything around the ladies is coming apart, the only thing they can really rely on is each other.” 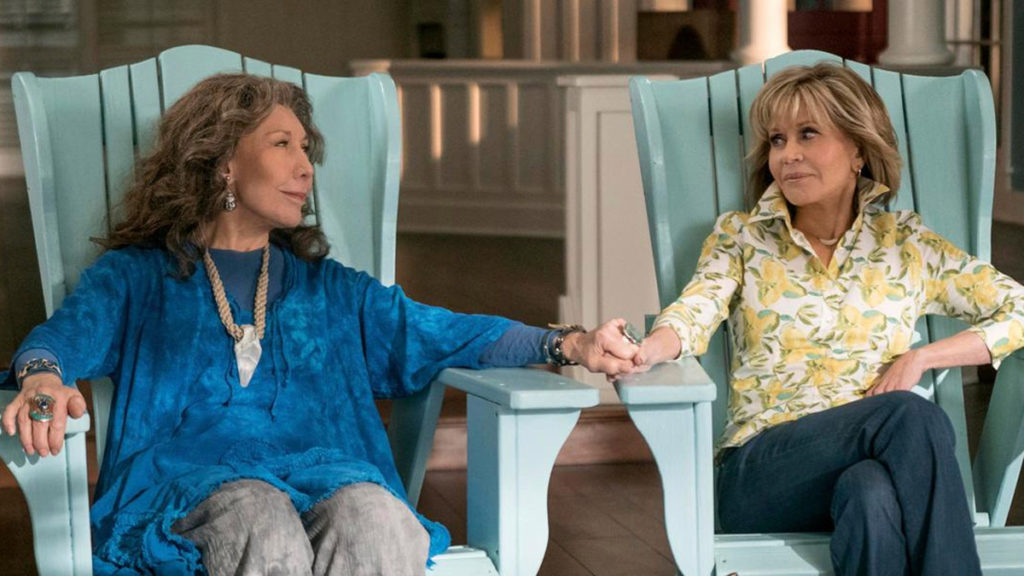 There are six seasons on Netflix, so if you’ve never watched it before, you have a lot of viewing to catch-up on.

Sitcoms are perfect chilled out TV, and Schitt’s Creek is just that. It’s all about a married couple who suddenly go bankrupt. All they have left is an ugly small town named Schitt’s Creek. It’s funny, easy and you won’t be disappointed.

Watching Schitt’s Creek is the only thing keeping me from self-defenestration at the moment.

The Good Place does exactly what it says on the tin, it’s just an all-round good time. It’s a fantasy comedy series all about Eleanor, a dead saleswoman who lived a morally corrupt life. She then finds herself in a heaven-like afterlife in a case of mistaken identity and tries to hide her past in order to stay there.

If you enjoy generally pleasant, easy viewing, I strongly recommend just The Good Place on Netflix. I consumed the lot this weekend.

A show like Glee would never be made today. Its crossover between Brooklyn 99-level humour and X Factor-level karaoke could have only happened in the early 2010s – and it was quite honestly the most insane thing on TV at the time. That’s what makes it the perfect background noise for a chilled out day of easing Netflix viewing. 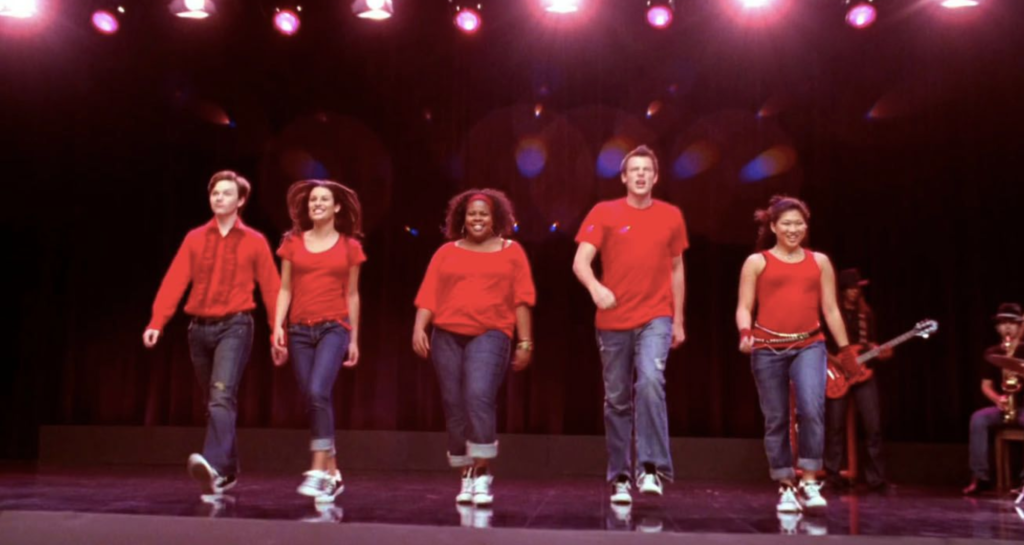 Right now there are six beautiful seasons on Netflix for you to indulge in.

This show is like Four In A Bed, but with fancy Airbnbs in Australia. The contestants go and stay at each other’s places with the aim of being voted the best value for money. 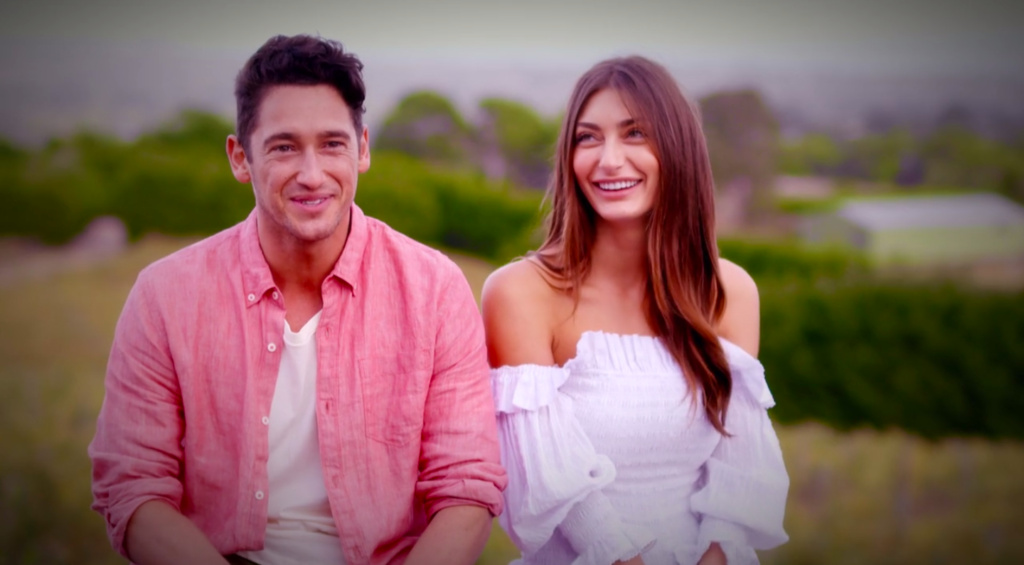 It’s casual and relaxing, and it doesn’t even matter if you’re scrolling through your phone and only glance up to quickly check out the odd luxury interior or argument amongst the guests over who gets to stay in the master suite.

Dogs. It’s a show literally all about cute dogs. Six episodes, each just under an hour, of heartwarming dog stories. And what’s more, there’s another season coming soon too. 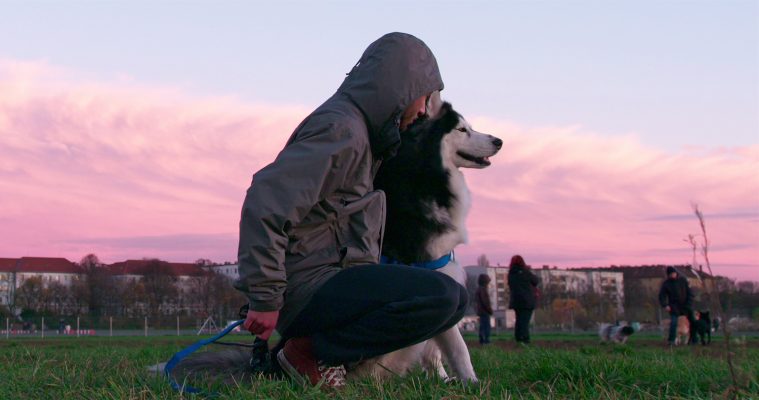 The synopsis says: “Dogs are known as man’s best friend, so it goes without saying that the animals form tight bonds with their caregivers. This docuseries celebrates those bonds between people and their beloved four-legged buddies. ‘Dogs’ profiles people and their pooches, telling stories from around the world – including Syria, Japan and Costa Rica – that prove the unconditional love one feels for their dog is a universal truth. The show takes viewers on an inspirational journey that explores the remarkable, perhaps even magical, qualities that have given the animals a special place in most people’s hearts. The episodes are helmed by critically acclaimed directors, including Oscar- and Emmy-winning filmmakers.”

In short, Gilmore Girls is all about the relationship between a single mother and her daughter. Her daughter is a teenager and the show follows them through their mutual life struggles, such as the different things teenage girls go through – like first boyfriends, bullying at school and getting into uni. 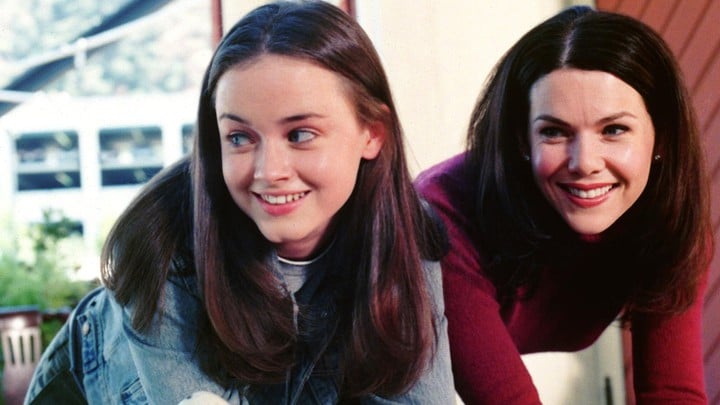 It’s the perfect Netflix easy viewing because not a lot really happens, it’s just like watching two normal people navigate through their lives. Plus it’s set in a very aesthetic wholesome American town, which helps.

Shine On is described as “feel good”, “inspiring” and “casual viewing” and the host is Reese Witherspoon. If that doesn’t sound like exactly what you need, I don’t know what does. 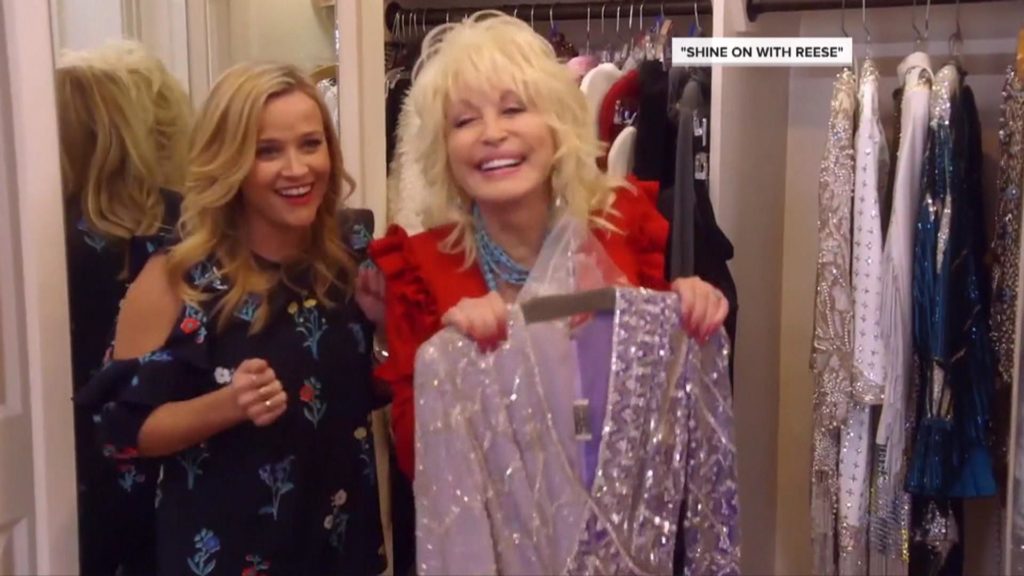 Reese goes and visits incredible women such as Dolly Parton, P!nk and author and activist Glennon Doyle who all share their stories and journeys. There are nine, 20-minute-long episodes in total.

Fresh Meat is all about a bunch of uni students living in a house together in Manchester. Anything that includes the lives of uni students isn’t going to be too taxing on the brain. 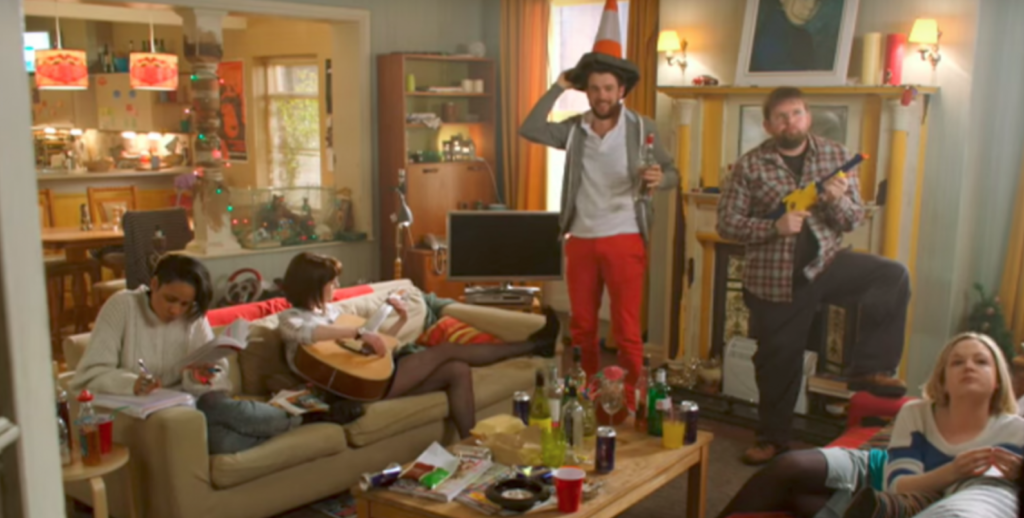 The comedy has four seasons currently on Netflix.

Reality TV is a sub-category of shows which are destined for you to get distracted on your phone during. These series take no brain power whatsoever and are ideal for background sound as you do something else, catching the occasional bit of drama.

Watching Fit for Fashion on Netflix while I sit on the couch and drink beer.

Fit For Fashion revolves around contestants facing challenges and learning new skills while training and transforming their bodies. It’s also set in some of the most beautiful locations, which really helps.

You’ve heard of Dragon’s Den, well that’s exactly what Shark Tank is. You don’t need to pay too much attention to this show, because you only care for the bit when the investors start dishing out the big bucks. 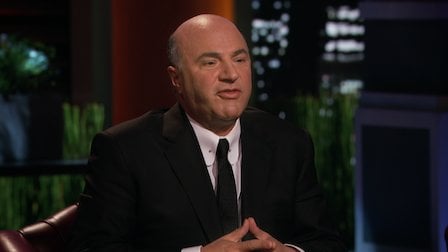 The synopsis says: “Ambitious entrepreneurs with the ideas they believe will reap huge profits make their cases in front of a panel of ruthlessly inquisitive, skeptical investors.” There are three seasons currently on Netflix, each with 20-30 episodes. Plenty of material.