It’s been a struggle

We are all too aware that the past few months have been hard. We’ve all been stuck in self-isolation and quarantine and have basically forgotten what life used to be like when we could actually go out and enjoy ourselves. For the past few days people have been sharing memes which painfully accurately illustrate how much our lives have deteriorated from March 1st to April 1st.

We’re all exhausted, a mess and ageing double as quick. It’s sad, but it’s relatable. Here are the best memes comparing the start of the month to the end of it.

1. Every day is pyjama day

2. How do you do hair anymore?

Me on March 1 vs me on April 1 pic.twitter.com/XJccaVo175

3. My life really has taken a Lacie from Nosedive turn for the worse

start of march vs. end of march pic.twitter.com/yX5AnxUQzR

9. I’m now nothing but trash x

Me: The 1st of March vs. 1st of April pic.twitter.com/DH9Lmrtm5k

11. I definitely drink too much now 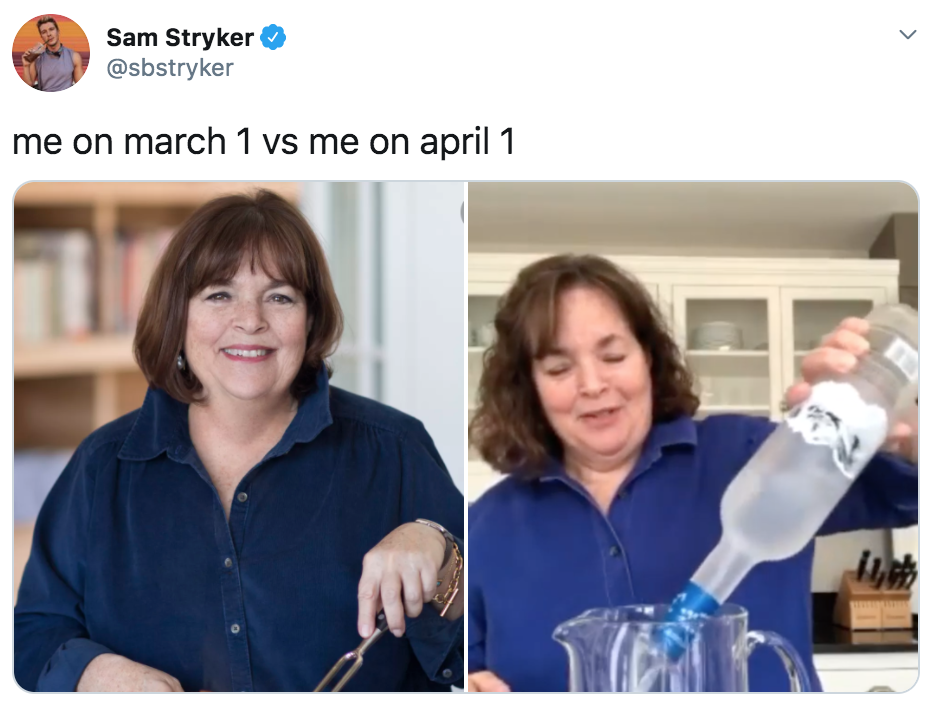 12. Me, existing only via video call

Me on March 1st v Me on April 1st pic.twitter.com/CYISN7IQsJ 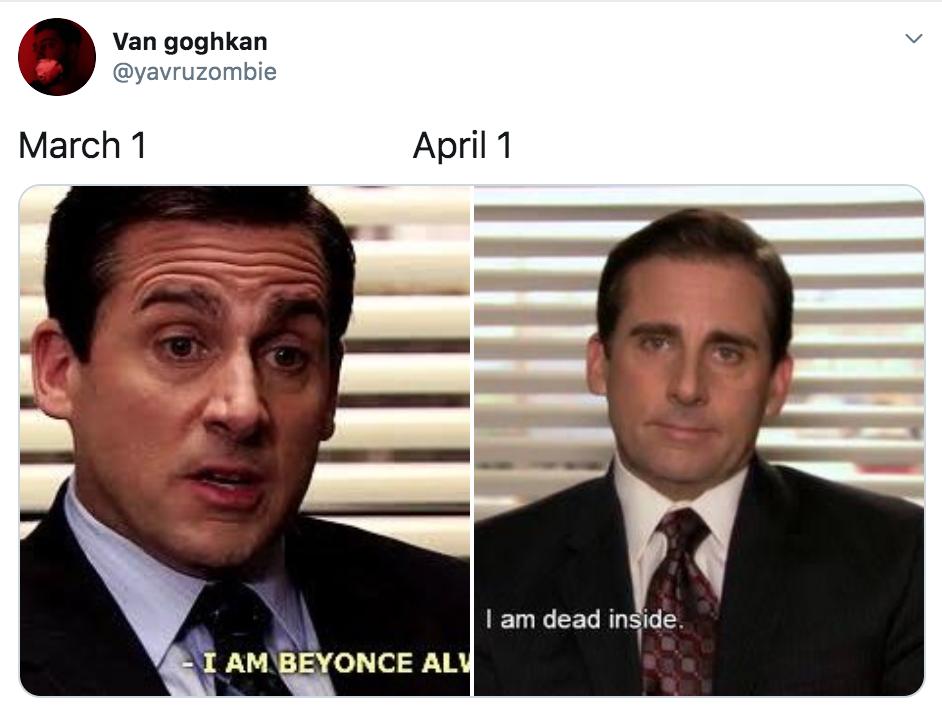 me on march 1 VS me on april 1 pic.twitter.com/EfwmsPdskg

24. I never thought I would relate to Joe Exotic this much