How to sext like a sexy lil pro, by an expert sexter

A sextpert, if you will

Our first foray into sexting probably came around the ages of 14 to 16, when you messaged a boy telling him “brb gotta shower” and he inevitably said “without me?!”. Or, if you were a boy, when a girl messaged you making some kind of reference to spooning. Or either gender using the age-old, all powerful, everlasting “what would you do if I was there right now?”. A classic.

Sexting has been in our lives for years. But some of us aren’t particularly good at it. Maybe you freak out as soon as a text convo gets a little steamy and desperately want to bring it back to normalcy, or whip open an incognito tab and Google “how to sext” faster than you can actually type. You stick to stock phrases, you tense up and don’t let yourself get properly into it.

Once you get good at sexting, though, it’s like a spiritual experience. A truly good sexting session is a journey. It has a definitive start, middle and end – like a novel, but with nudes. It leaves you equally satisfied and invigorated, and also incredibly thirsty for the next time you get to see the person on the other end of those sexts. If you’ve ever received a sext so good you literally had to sit down, you will know that there is such thing as being a sexting pro. Here’s how to become one:

When sexting begins, it is a beautiful dance between two people who both equally think they know what’s about to happen, but aren’t entirely sure, and don’t want to be the first one to take it too far. You have to ease into it, whilst simultaneously avoiding easy transition phrases like “what are you doing right now”, “what would you be doing if I was there” and soppy shit like “I miss you.” The first two put too much of an onus on the other person, and are not conducive to a good sexting sesh. “I miss you” is just bleugh, basic, soppy. Sexting should be anything but soppy.

Segway into sexting in another way, talk about the next time you’ll see each other (i.e what are we doing next time I’m at yours? Should we go to that bar from before?) you can then start to egg it on with inevitable filler phrases like “and then what”. If it’s less situational, simply hit them with a powerful “what are you going to do to me” or “I can’t wait to…”. You have to fill in the rest of that sentence, I really can’t do it for you. 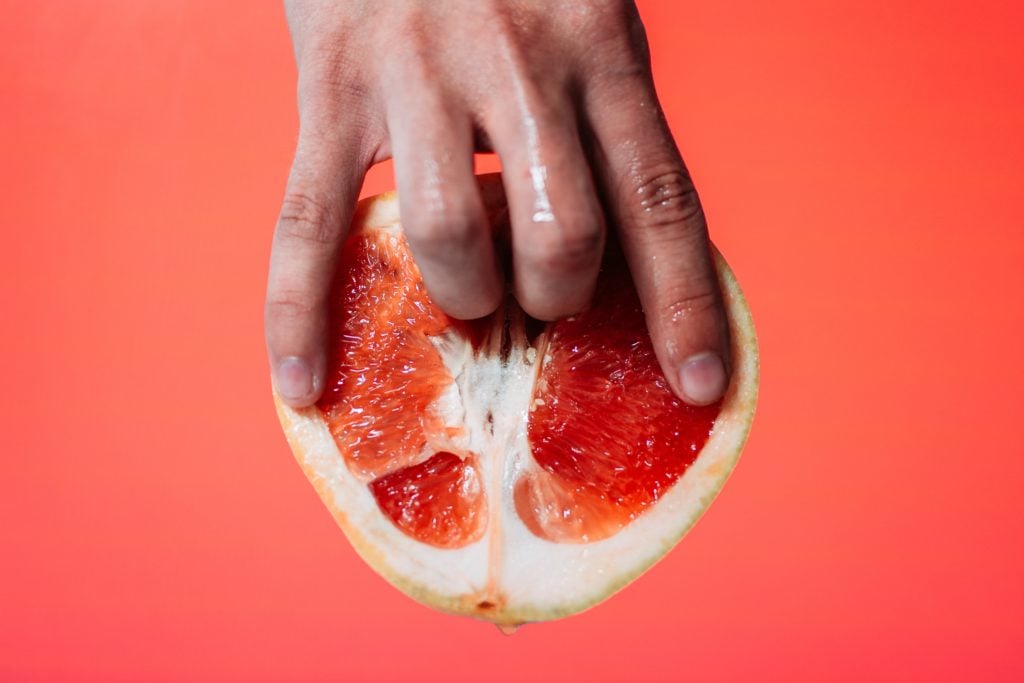 2. Take them by surprise

If you’re not already talking, one of the sexiest things you can do is establish dominance by deploying a sexting sneak attack. I once sent a boy a nude when I knew he was at his sister’s wedding. That’s a power move. The power of sending something really sexy and unprompted when you know they’re somewhere they shouldn’t be feeling sexy is unparalleled.

Know they’re bored out of their mind at work? Watching TV with their parents? Drop a really hot text or a banging nude, you’ll have their head spun. To avoid this veering into unwanted dick pick territory, obviously only do this with someone you’re established with, who you know wants you, and have sexted before.

3. Don’t give it all away up front

If you’re getting into a sexting sesh, don’t start with a “I can’t wait to feel you inside me” or “I want you to ride me” type thing straight away. This is like tier four sexting. Like sex, sexting needs foreplay. It has to build. An easy way to do this is to start off by talking about other areas of the body than genitals, or to keep it above underwear. Any chat about doing things with your hands, nipples, kissing, being hard in a certain item of clothing – that’s a better starting off point than actual penetration. When you finally talk about the whole dick in vagina shabang you should be sweating profusely, completely transfixed, not still stirring your cup of tea in your kitchen. 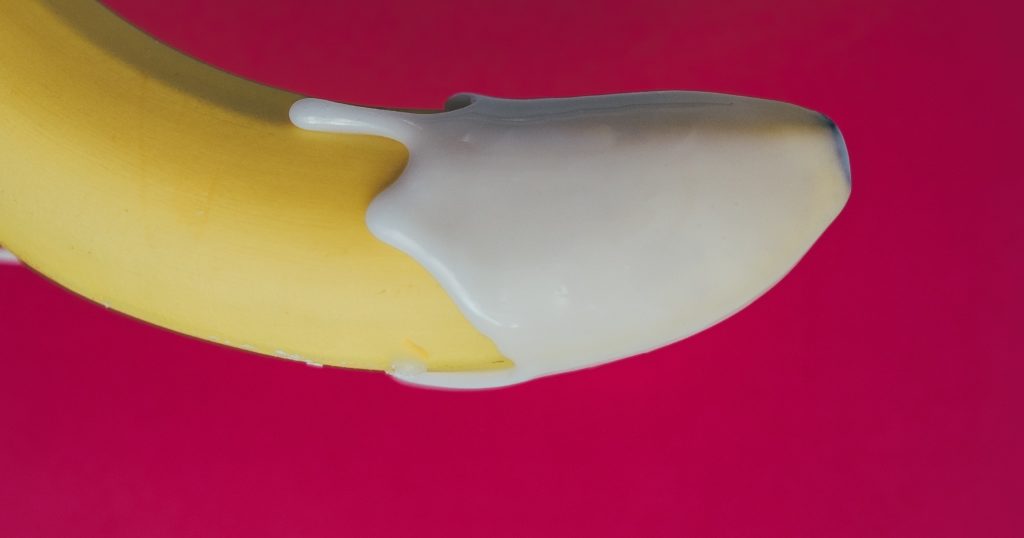 4. Always speak specifically, rather than generally

Example: You want to talk about sucking dick, but saying “I want your cock in my mouth” just feels like too much. It is. And it’s very entry level. Too hard and heavy, too easy. Always go smaller. Talk about a specific part of the penis, or a specific part of sucking dick that you particularly like. Licking up the shaft, circling the tip? Give them a mental picture.

Same with boys. If you say “I can’t wait to lick you out” to a girl, it basically means nothing. That’s just tongue on vagina. My imagination is not provoked whatsoever. My mind is blank. Are you near my clit? What did you do before you got to my vagina? Am I wet? I don’t know. Because you didn’t tell me. Set the scene, God damn it.

5. Actually react so that they know you like what they’re saying

Sometimes sexting can feel like playing chess, and just putting forward sexy buzz word after buzz word and catchphrase after catchphrase, trying to out-play each other. It shouldn’t be like that. It’s a conversation. Pick up on what they just said. Expand on it. Ask them questions, ask them what they want to do to you, what they’re missing, what they’re desperate for right now. And if you liked what they say, you should want to respond with an “Ohhhh my God yes”. So do it! No shame in it at all.

6. Pepper in a few nudes every now and then

Sexting without nudes is like a book without pictures. It’s great, and it could be a masterpiece for all I know, but when I flick through it cover to cover, I’m not particularly riveted. Nudes make sexts even better to look back on, and they remind you of how much you want that person’s body. Properly timed, good nudes within sexts should make you physically gasp when you receive them – that’s how integral and exciting they are.

For nudes that stun: Boys, mix up your poses. Do some body shots, not everything needs to be a dick pic. Do some clothed shots of your dick when it’s hard. Figure out what she likes – does she like your arms when they’re tensed? A dick print in sweatpants? Give her what she wants.

Gals, I’m pretty sure you already know what you’re doing, but similarly – change it up. Make sure you’re sending a fairly equal amount of tits/torso to arse shots, but equally – play to your strengths. Is he an ass man? Grab a handful of ass and take a mirror pic, he’ll be begging to be there with you. 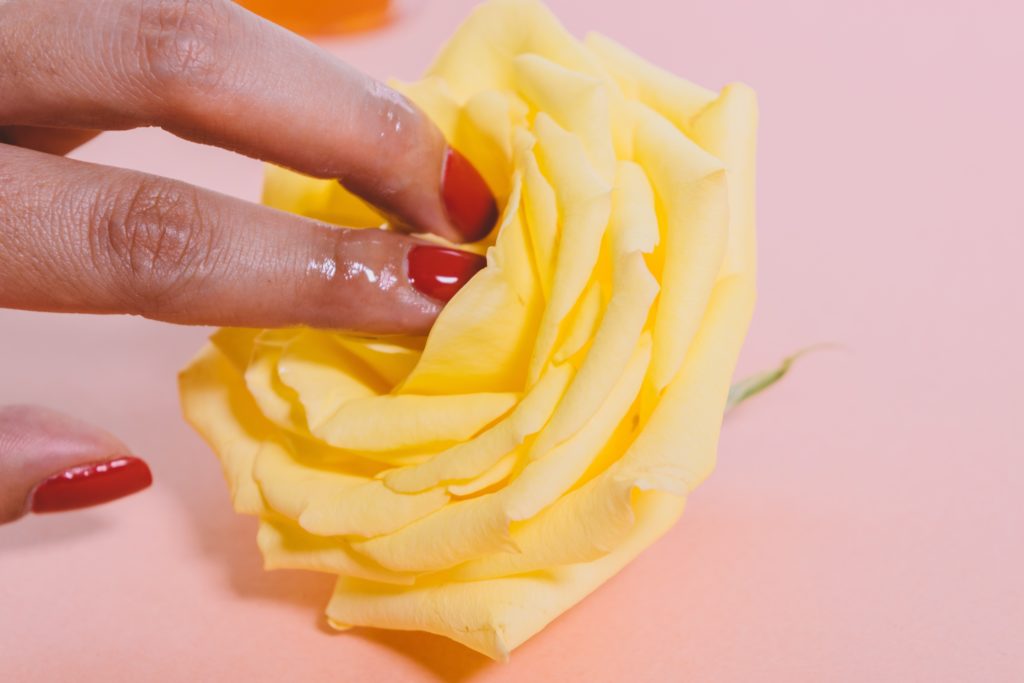 This really depends on how squeamish you and your sexting partner are. If you’re new to this, or have no idea how dirty they actually are, play it safe and avoid phrases like “I cannot wait to enter you” or “I want to take you into my mouth”. If you know you’re both freaky-deaky, super into each other and down to clown – say whatever the fuck you want. Cringe doesn’t really matter when all boundaries are lowered, because honestly all sexting can come across as cringey to an outsider. Don’t think about anyone else, just do what drives you both wild.

I hope you now feel more prepared to enter your next sext session like the pro that you are. You need to feel like a boxing champion entering the ring, with one of sexy boxing dressing gowns on, and the big shiny belt. Most importantly, tell yourself that you’re amazing at it – and you will be. Go and get sexty, baby!

Elisa Lam Tumblr: Her blog is still online today and this is what it looks like