PSA: People who still watch Rick and Morty need to grow up

IT’S NOT FUNNY IT NEVER WAS

We now live in a world where TV is far superior to film. Netflix has connected a tube from our mouth to it’s output and is just cramming good content down our throats. Comedy is better than it ever was, now we’ve accepted that Friends is a piece of shit and current TV shows have adjusted to our weird Dril tweet, shit posting, Tiktok, millennial levels of humour. We have Big Mouth, we have Sex Education, we have Unbreakable Kimmy Schmidt. But one scourge remains.

It is the last refuge for people who would have liked The Big Bang Theory when it was still airing, for people who thought The Big Lez show was the height of obscure comedy. For people that still wear old skool vans and slogan T-shirts. For boys that talk incessantly in your seminars. You read the headline: It’s Rick and Morty.

The newest trailer for the hotly anticipated second part of season four dropped a few days ago, with no release date, but people are still going mad for it. Why? Beats me. Rick and Morty, and its fans, are still very much alive and kicking. The worst part about these fans is that they actually think this show is cool? So cool that they’re comfortable wearing merch and quoting it publicly. We thought this calibre of fans died out with Tumblr but lo and behold, Rick and Morty brought them back. Well, say goodbye. I’m stamping a big fat DECLINE on this show and its fans. Here’s why. 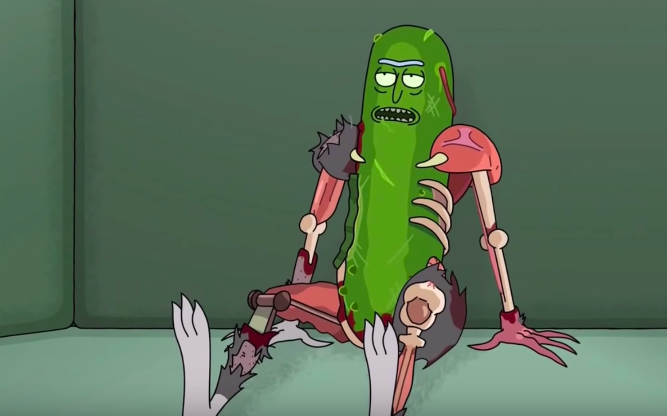 In one episode, Rick turns himself into a pickle for reasons that escape me (and I’m honestly glad I haven’t used space in my brain retaining them) and shouts “yeah, pickle Rick!” a few times. This has, for some reason, become iconic. There is pickle Rick merch everywhere. Pickle Rick iPhone cases, pickle Rick skateboard decks (of course). Pickle Rick everything. Make all of the proceeds of pickle Rick merch go to charity, please, it just isn’t right that people are making bank off this shit.

The never ending slew of toilet humour is just not necessary 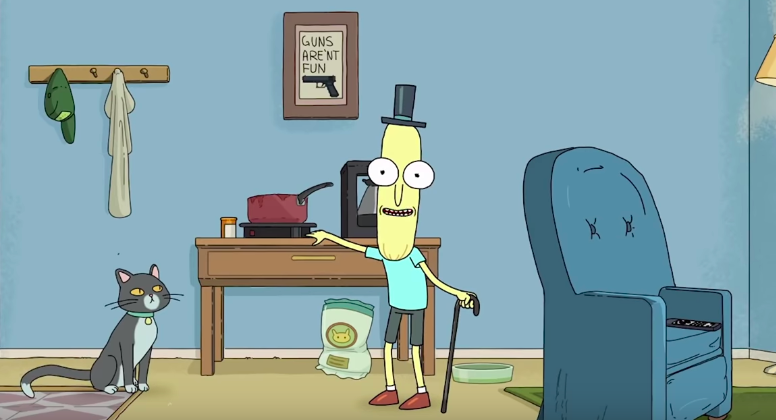 If you at any point heard the name “Mr Poopy Butthole” and laughed – like audibly, let out a noise from your mouth, laughed – there is something wrong with you. Are you a toddler? Poopoo peepee, so funny! Not to mention the constant burping and drooling of Rick, the main character, and the almost teenage level of obsession with sexual organs. It echoes that bit in Superbad when Jonah Hill just cannot stop drawing dicks.

Except the men that write this show are 40 and 57 years old. Let that sink in. They also didn’t have any female writers involved with any part of the show for the first two seasons, which really makes a lot of sense when you think about it. 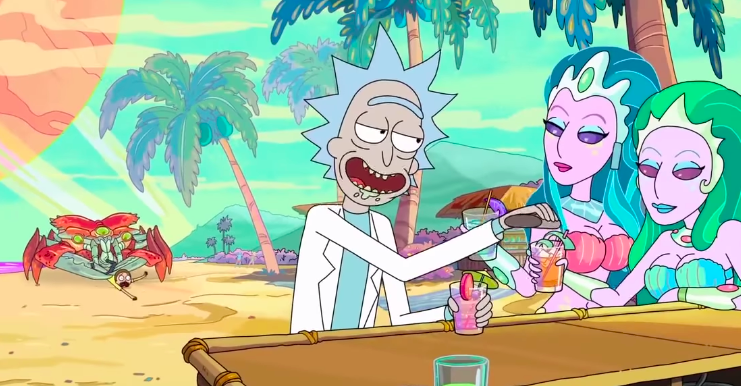 How is this man aspirational? Forget the burping and drooling, his actual character is an alcoholic grandfather who abandoned his daughter when she was young and routinely puts his grandson into danger whilst adventuring through space. I’m not going to question the morals of a cartoon character too much, because really, who can be fucked?

But I am going to question the fact that people genuinely idolise this guy. He’s a textbook Mary Sue, and men who think they have above average intelligence project their fantasies onto him, so they can feel like they too are a sexy, nihilistic genius. Conveniently forgetting that this guy is actually a dickhead… and a grandpa? But yeah, go off I guess.

Morty is genuinely a pointless character 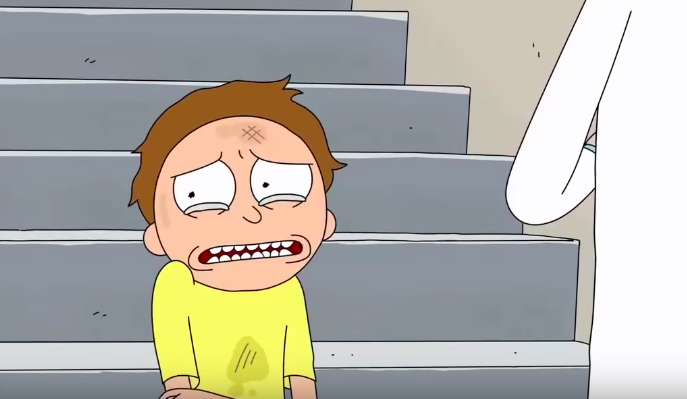 What does Morty even do for the show? If it weren’t for “ah jeez Rick”, how much would he actually talk per episode? If the voice actor for Morty dropped out last minute and it was physically impossible for another person to recreate his voice, the show could go on unchanged. It would just be Rick walking around doing a soliloquy about atoms or plumbuses or some shit, and every now and then Jerry would pop in shot to be made fun of, then leave. How is this show so iconic, when it’s second main character is a bunch of nervous catchphrases and nothing else?

It is not diverse in any way 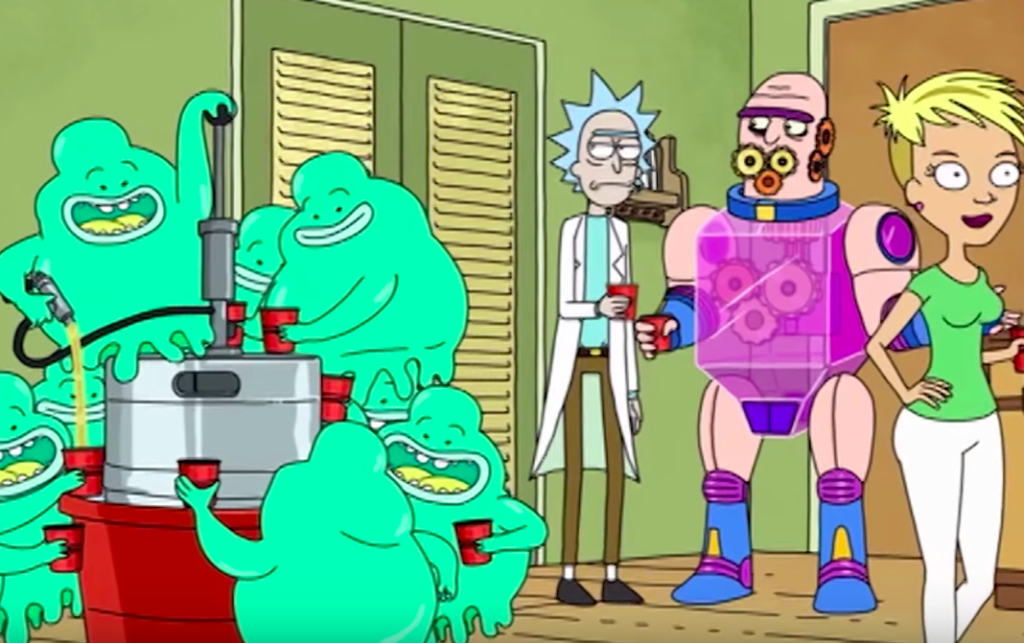 For such a “self-aware” show that routinely breaks the fourth wall and actively strives to be “intelligent”, it’s pretty fucking basic. It’s Back To The Future but dirty, and for all the abundance of aliens and different planets and realities, there are genuinely no non-white people? The hybrid of Adolf Hitler and Abraham Lincoln has more scenes than a character of colour in this series. Nice one guys, suuuuper progressive.

It thinks it’s the most intelligent show ever created 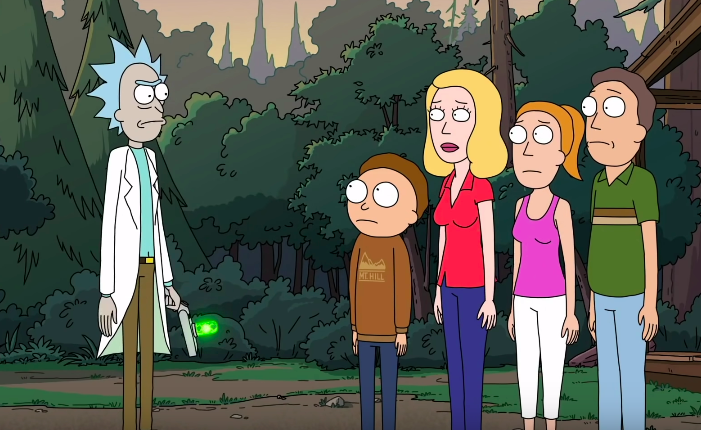 This is firmly the most annoying thing about Rick and Morty. The creators truly believe they are on some next level, astronomical, Steven Hawking level bullshit and the fans eat it up. Even when the show tries to outsmart the fans, or fails to outsmart them, or has an obvious plot hole, they spend hours developing intricate, far fetched and ridiculous fan theories to make sense of it. The reddit threads are, as I’m sure you can image, extensive and incredibly lame. This point is perfectly illustrated by the fact that there’s a Rick and Morty video essay on Youtube called “The world hates smart people.” I have to laugh.

But most importantly, something which precedes all of these points is: you could be watching so many other, better things. Things with jokes that land and characters that aren’t just a bundle of fart jokes and dialogue that could have been written on someone’s first acid trip. I beg of you, get off Rick and Morty Schwiftposting and go outside, smell the fresh air, look at the sky, talk to some people. Now go back inside and watch Big Mouth.