Here’s everything that’s about to go down

The countdown is on. The Love Is Blind reunion is upon us and the first preview of some of the drama has been revealed.

The show promises confrontations, revelations, loved-up couples and a LOT of spilling tea. The Love Is Blind reunion special is going to be set up like a question and answer show and will give us an insight into everything which has gone down since filming.

Here’s what we know will be revealed during the reunion.

In the first Love Is Blind reunion preview video, we see that Amber is going to confront Jessica about her crush on Barnett. And she doesn’t hold back, Amber calls Jessica “shiesty”, “so fake” and accuses her of leading Mark on.

Posted by The Holy Church of Netflix on Wednesday, 4 March 2020

Jessica has previously said she wants to apologise to both Amber and Barnett on the reunion show, which Amber laughed at and said she didn’t care for.

Gigi and Damian will discuss them getting back together

After the most dramatic wedding of the series, where Damian said “I can’t”, Gigi ran out the church, fell down a hill, came back, ripped her dress and they both cried for a bit – Gigi and Damian actually got back together!!! There were hints on Instagram the pair had reunited, and they confirmed they had in an interview, with Gigi’s mum also confirming the news.

On the reunion show they will talk about everything that has happened to them since the show, how they got back together and where their relationship is now.

Lauren and Cameron will give an insight into their relationship

Everyone’s favourites, Lauren and Cameron, have obviously stayed together. They are so loved up it hurts. And during the reunion they will discuss what they’ve been up to since the wedding and how they managed to keep their relationship a secret until the show aired.

They’ve also said they want to have children in the future, which is definitely a talking point. 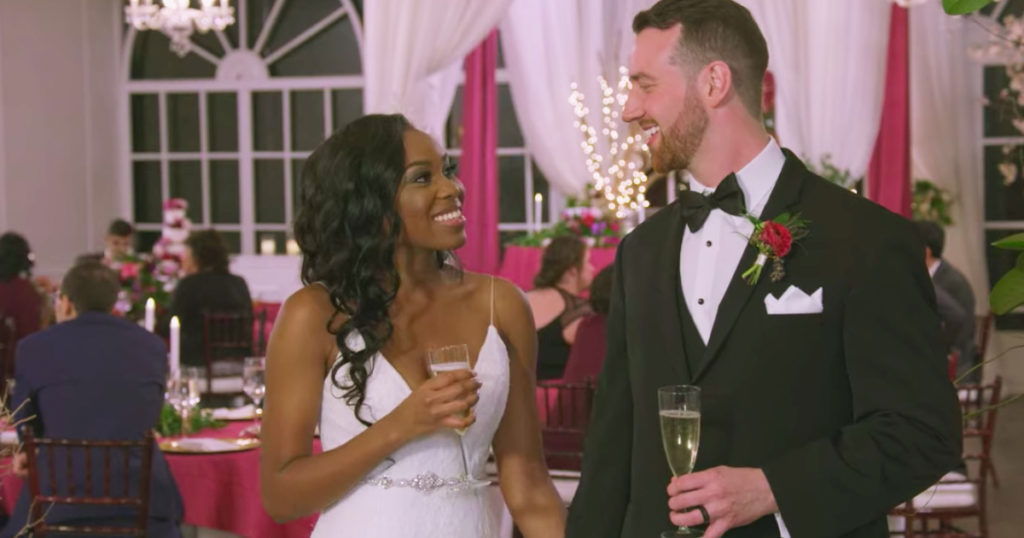 The cast discuss their biggest regrets from the show

As well as talking about the past 18-months, each cast member will be asked about their biggest regrets from the show. Maybe it’s who they chose? Something they said in the heat of an argument? Or saying no at the altar?

Jessica has revealed her biggest regret was giving her dog wine and getting drunk on the show – so she will address that. She said: “If I could have done anything differently for sure that would be one of the things.”

Jessica will discuss having therapy after the show

One of the most important parts of the reunion show is the cast discussing what has happened to them since the show. Jessica therefore will be talking about her having professional help to prepare her for seeing Mark again.

Jessica moved across the country with her dog and had therapy after she rejected Mark at the altar. She told Entertainment Tonight: “After the show wrapped I had a really tough time. I had to take some time for myself and get through therapy and stuff like that.” 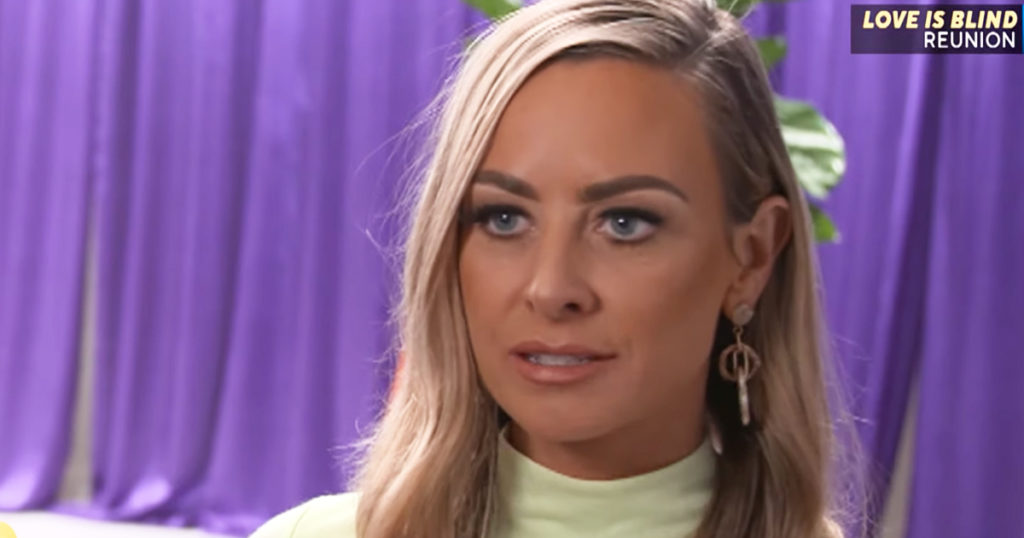 They had one of the biggest arguments on the series, so Carlton and Diamond will be having their say on what went down between them on the couples’ retreat in Mexico. Carlton has said he wants to take her out on a date, which Diamond has rejected, so they might also discuss their relationship moving forward.

We’ll catch up with where all the cast are now

And most importantly, we will have a catch up with all the previously engaged couples. What’s Kenny been up to? Has Kelly moved on? Did Lauren and Cameron move in together? Is Amber living with Barnett? Does Amber still have her makeup credit card? Is Mark still crying with his mum?

These are the answers we NEED.