Love Is Blind Gossip Column: Jessica tried to quit?! And Lauren and Cameron are planning a baby!

There is so much Love Is Blind drama I could explode

Welcome to The Tab’s first Love Is Blind gossip column, bringing you all the latest cast news and drama you NEED ahead of the reunion show.

Jessica tried to leave Love Is Blind during filming, but was told she wasn’t able to. She told Entertainment Weekly she wanted to end the relationship with Mark earlier and had tried to not have to walk down the aisle at all. She said: “I definitely had a conversation about leaving and I wasn’t able to do that. My dog got sick too, and almost died during the show, I had so much other stuff going on.”

Her dog had ingested a very small piece of a stick and needed life-saving surgery whilst the show was filming. Jessica added: “Every night after working and filming my struggles with whether love was blind or not, I would go lay with her in the ICU cage and every night I thought would be the last time I would see my pretty girl. This went on for ten days. 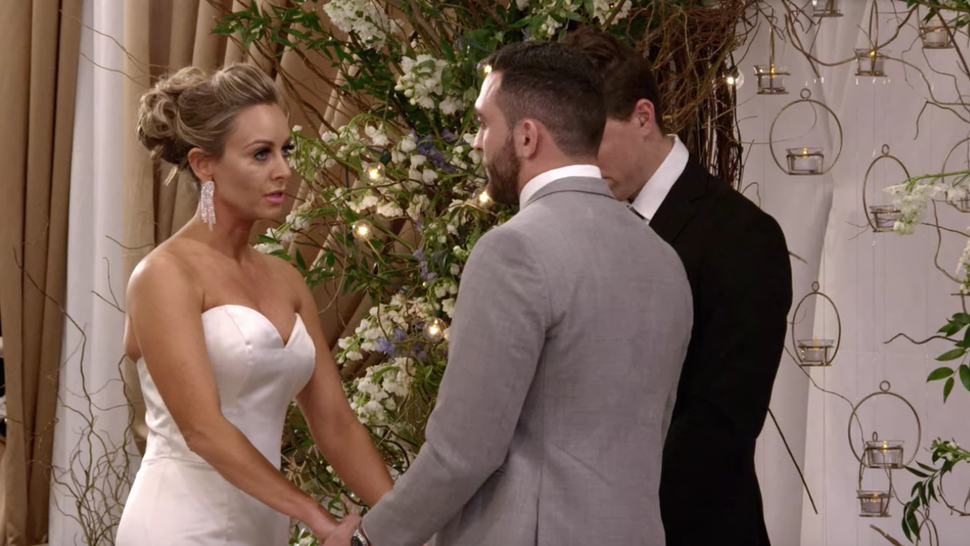 This girl does impressions of Gigi and they are AMAZING

Gigi’s voice was one of the things that made her arguments with Damian so iconic. Her accent and how poised she is when she speaks make her Oscar award winning dramatic moments absolute TV gold. And nowChloe Fineman, who is a new cast member on SNL, has shared her iconic impressions of *that* voice. She shared the video on Instagram, captioned: “Practicing an impression of my favourite person on TV (full @nbcsnl Love is Blind sketch on YouTube!!) #soulpreneur”.

Practicing an impression of my favorite person on TV @gianninagibelli @loveisblindnetflix (full @nbcsnl Love is Blind sketch on YouTube!!) #soulpreneur

Amber has spoken out about Jessica’s crush on Barnett

When asked in an interview what she thought about Jessica and Barnett’s one-on-one conversation, Amber said: “Looking back on it, it’s hilarious because wow you really held your cool when she was throwing herself at your fiancee when, I had no idea. What she was saying to Barnett like, ‘oh my god I would never’ – that’s what I was hearing. So when we were in the pods, something you guys didn’t get a chance to see was, on the girls’ side we were all super supportive of each other and understanding of the experiment and trying to be honest with each other. So to see that Jessica was playing it as shady as she was left me really offended that she disrespected me in that way. I thought we were at least some type of friends. I had no idea.”

Barnett has said he hasn’t spoken to Jessica since filming ended around 18 months ago.

Speaking in the studio just before the cast filmed the reunion episode, Jessica said: “Watching it [the show] back it really looked like I was going after her guy and I wanted to let her know that’s not necessarily exactly what was going on. I came in today knowing that I definitely owed them both [Amber and Barnett] and apology.”

When asked if they care for Jessica’s apology, Amber laughed and said no. Barnett added that he had completely forgotten it all even happened. Amber said: “Not everyone is just going to let you flirt with their man. People will call you out.” THE SHADE.

I don’t think Amber is impressed

Jessica had therapy after the show

Jessica has said she moved across the country with her dog and sought professional help so she felt prepared to face Mark again at the reunion show – after she jilted him at the altar. She told Entertainment Tonight: “After the show wrapped I had a really tough time. I had to take some time for myself and get through therapy and stuff like that.”

Carlton wants to take Diamond on a date

So despite having an explosive argument on the show, all is not lost for Carlton and Diamond. The pair had the first huge bust up of the series, on the couples’ retreat. Charlton had just opened up about his sexuality and Diamond was annoyed he’d been keeping secrets. Next thing you know he’s saying she’s “shown her true colours” and she’s whipped her engagement ring off. They had a huge slinging match, he chucked the ring and called her a bitch. “Fuck you, fucker” is Diamond’s only reply before she stormed off around the pool. “Watch your wig cause it’s been sliding since day one,” Carlton yelled across at her.

Speaking to Entertainment Tonight ahead of the reunion Carlton said: “The blow up at the pool I totally disrespected her so I have to apologise again. I feel like I’m apologising daily, that’s how bad I feel about it. I’m trying to take her [Diamond] on a date – the answer is no right now.” 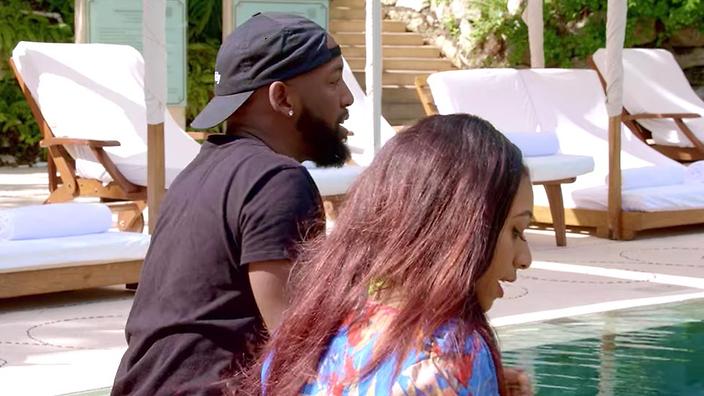 LAUREN AND CAMERON WANT TO HAVE A BABY

Lauren and Cameron are talking families and my heart is so full I could explode. It’s no secret now that they are still together, and speaking to Entertainment Tonight they have said children are on the cards. Lauren said they’d have a baby “maybe by next year” and Cameron said his paternal instincts are “kicking in”. IT’S HAPPENING.

Watch a sneak peek of the cast ahead of the reunion here: