Sorry if this is new information but girls are grim

It’s common knowledge that men do disgusting things when they’re alone and often when they’re not. It’s just universally accepted that part of a man’s identity is being gross and revelling in this grossness. Men often think it’s what makes them men and, more importantly, what sets them apart from the nice-smelling, hairless women of the world. But they’re so mistaken.

As a woman who went to an all-girls school, and has been surrounded by a close female group most of my life, I can confirm women are disgusting, vile creatures. And as a woman who grew up with an older brother, we’re often even worse than boys.

We’ve told you all the disgusting habits men have that they think women don’t know about. Now it’s time to reveal the many many gross, unhygienic and just plain nasty things women do when they think no one’s watching.

The period-finger check is very handy when you’re in public and suddenly you feel a suspicious amount of “stuff come out”. You find a quiet corner and stick your finger inside yourself to see if it’s blood or just discharge. If it’s discharge, you either wash your hand or just wipe in on a tissue and carry on.

This is important because your jeans may look fresh after wearing them for a day but the crotch probably doesn’t smell fresh.

They sometimes get a bit smelly but all in all, it’s a waste of your time. The more worn bras are, the softer and comfier they are. Just spray them with something nice, hang them over your wardrobe for 24 hours and you’re good to go. 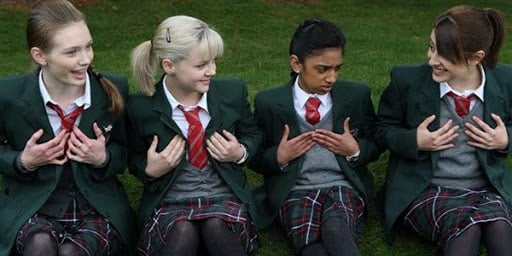 Fiddling with your earring and then smelling your fingers

It always smells a bit cheesy. You’re instantly very grossed out by your own earlobe and wonder what rancid bacteria is causing that smell, yet you can’t help but have a sniff.

It’s good to know where you’re at.

Having queef competitions with your mates at school

Gross but also fucking entertaining. The day you realised you could push air out of your vagina was monumental, and you wanna share that with your friends.

Scraping dirt from under your fingernails and toenails

Girls tend to have longer nails than guys. They may look nicer but they get grubby af. One minute they’re clean, the next it looks like you’ve been scavenging for worms. Although for a moment you’re grossed out, you quickly feel excited to scrape them clean. 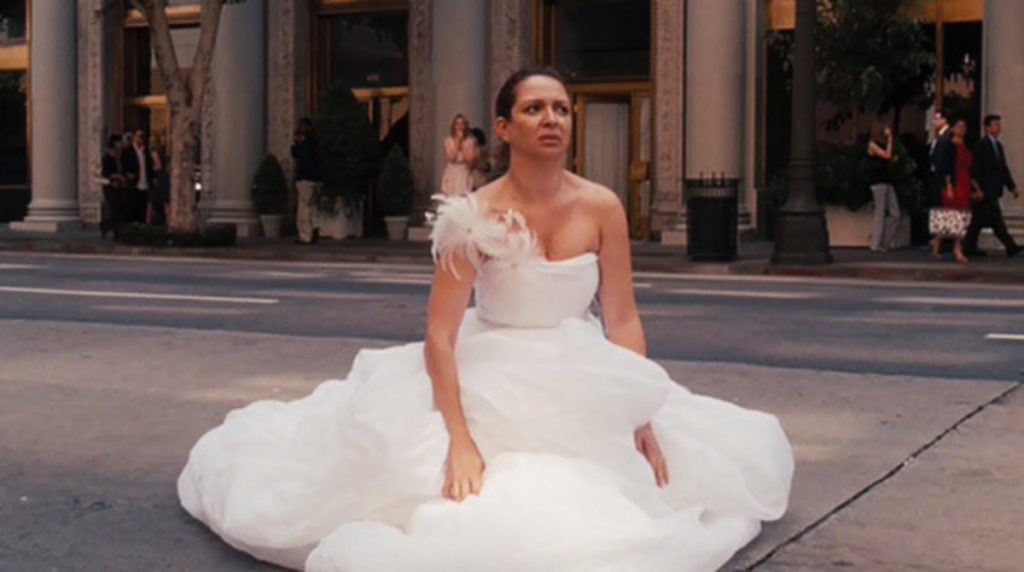 This isn’t a form of hair removal, it’s actually for fun. Plucking a pube is painful but it’s also so satisfying looking at how deep and thick the root is. You also instantly feel pretty proud of yourself that you were strong enough to endure that pain.

Then even more fun when you see a double pube

Incredible! You can’t help but stare at it for a while, amazed at what you’re seeing. Then you pluck them both out, at the same time.

You notice a small, painful lump on one of your vagina flaps. You have a closer look and discover it’s an ingrown hair – yes! Even better if it has a tiny spot head that you have to pop. You get yourself comfy, get the tweezers and hot cotton pad – you’re ready to dig this motherfucker out.

The fun doesn’t end there, you pluck it out and discover it’s super long and has probably been growing for a good few months. Also, the instant relief after it’s out – always feels like a bit of an achievement. 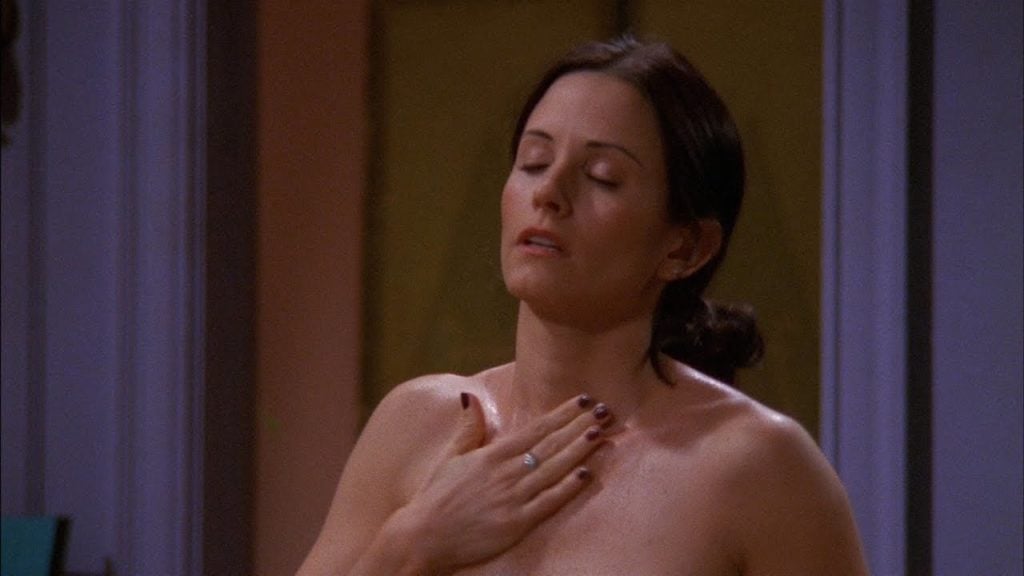 This is grim and so so bad for your skin. However, patriarchy has made us feel like we need to wear make-up and we don’t always have time for a 30 min removal and reapply – this is our only option.

We unavoidably stain a pair of pants every month. We can plan as much as we want with our period app but it always take us by surprise.

No need to throw them away – pants are expensive and it will happen again next month. Instead, we re-wear them covered in the brown stains that remind us of all the past periods we’ve endured.

Front wedgies or “fredgies” are so unbearable, especially if you’re wearing a lace thong – things start rubbing on all the wrong places and it’s painful. Please don’t judge a woman if she’s delving deep to try and get rid – you’ll never understand.

Pleasuring yourself with your electric toothbrush, then brushing your teeth straight after

Sometimes you’re in a rush, sometimes you think to yourself “I’ve recently showered and it’s my own vagina. What’s the worse that can happen?”. 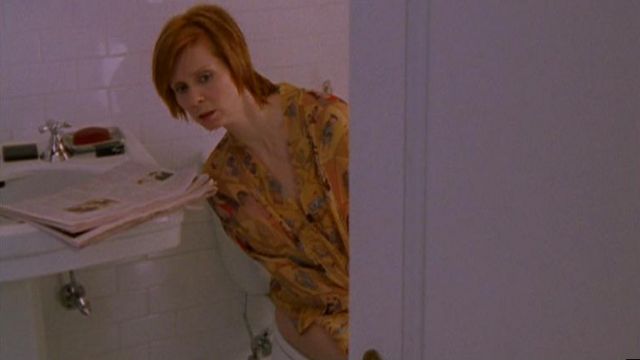 This normally happens just after we’ve masturbated or if we’re chilling alone and feeling curious. Especially fun to compare the smell straight after a shower, to the smell after a long day out.

Then tasting it to see how you taste

This usually comes straight after the smelling. Or just after you come to see what that tastes like. This is something boys are adamant they’ve never done but something girls do all the time.

This comes in handy just before a night out. You’re in a rush and you had a shower that morning so a second one seems unnecessary. Take a wet flannel or baby wipe and wipe down all the important bits, spray perfume and deodorant – the easiest shower of your life. 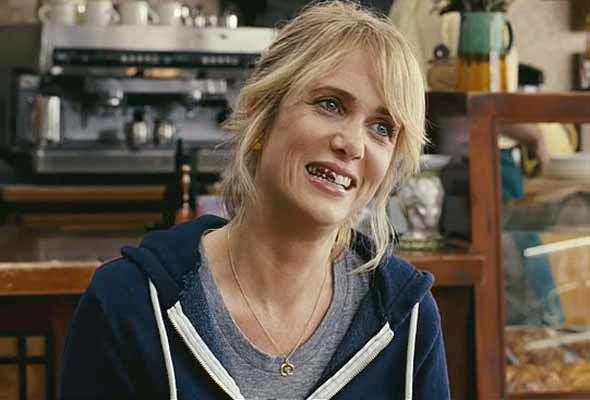 Picking off your mascara instead of taking your makeup off

You’re drunk and sat in bed watching TV, your make up wipes are across the room, your mascara has started to clump – there’s only one option.

Another quick hack that girls use to fool the world that we’re clean and fresh 100 per cent of the time. Little does everyone know that the back of our hair is a smelly, greasy mess.

The excitement of finding surprise leftover food in your bra

Putting your hands down your pants and cupping yourself because it’s warm and you can !!

Everyone knows boys do this constantly. However girls do too, we just don’t do it in front of people because that’s weird.

Not recommended – they’re are so many health risks that come with leaving a tampon in too long. However, it’s easy to forget or lose track of time and when you do, jeez, it’s bad. 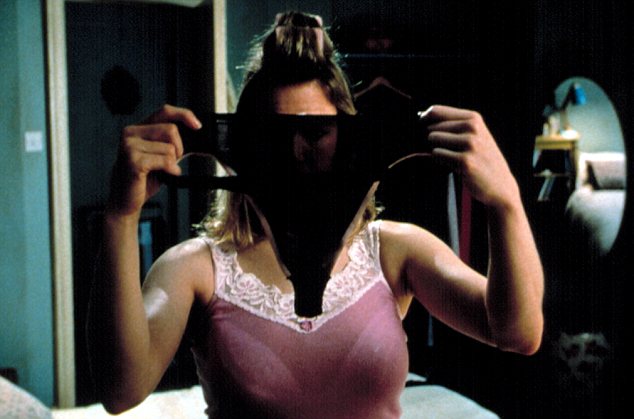 Weeing in the shower and sometimes the bath

Weeing in the shower is quick and saves water – it’s also not at all gross because you’re about to wash. The bath is a different story, that is pretty unhygienic but also who can physically hold a wee in when you’re immersed in water and who wants to get out and sit on the toilet when you’re wet.

It’s bad for the environment to do too many washes, not my fault I care.

Smelling your sweaty armpit and half-enjoying it

I blame this on pheromones – something about your own BO smells nice, it’s just fact.

This is so satisfying. Also, when you forget one and then halfway through the day you feel it and pull it out. Pure bliss. 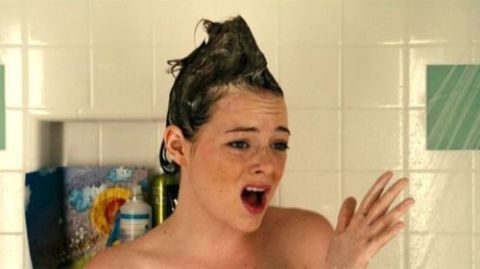 Combing your hair through in the shower, balling the hair together and throwing it across the room

So much hair falls out and you don’t want to let it go down the plughole because it gets blocked. Instead, you get it all together, wrap it around your finger and lob it across the room – bonus entertainment if it sticks to the tiles.

Cutting your toenails and letting the stray nails flick everywhere

No one has time to put the bin in the right place and even if you do they still flick off all over the place.

Holding your boobs and playing with them for comfort

They’re always so warm and so fun to play with.

Pinching your nipple and watching it slowly get hard

This is fascinating. Seeing the various stages your nipple goes through as it gets harder and more erect. An alternative method is wetting your nipple and blowing on it. At least 5 minutes of fun.