A bomb, a hurricane, two shootings, all on ONE STREET

Desperate Housewives is a show that will stay with us forever. The drama series followed the scandalous lives of the housewives of Wisteria Lane, a fictional neighbourhood in Fairview, a fictional town, in America (that one’s not fictional). It ran for eight seasons, eight years, and is responsible for most of us late 90s/early 2000s babies being complete and utter drama queens.

Watching Desperate Housewives on E4 when you were a naive 13-year-old meant that you believed everything that happened in the show was entirely plausible. You didn’t for a second doubt that all of these ridiculous headline-worthy disasters could happen seemingly every other day on one street in a quiet suburban neighbourhood. Makes total sense! But now, rewatching Desperate Housewives makes you question how anyone could possibly watch it with any real conviction – it’s on par with Gossip Girl, Eastenders and Waterloo Road in unbelievability levels.

So let’s bring it all the way back and relive some of the most batshit crazy, entirely unbelievable moments from our time on Wisteria Lane – including local paedophiles, fake pregnancies and a whole lot of murder!

Gabrielle Solis, the undisputed queen of Desperate Housewives, begins the series with a storyline where she’s shagging her gardener, the ridiculously fit mid 2000s icon Jesse Metcalfe. All well and good, but then you realise that this stupidly chiselled 26-year-old-looking mf is actually supposed to be 16 years old in the show. Six. Teen. That’s weird.

Most ridiculous or unbelievable aspect of this storyline: When she breaks up with him to try and work things out with Carlos, he proposes to her. Imagine having this much raw power.

The episode “Bang!” in season three is the highest rated episode of Desperates ever made, and it really is a bang-er. It starts off with a random second rate Desperate Housewife (not one of the main ones – her name is Caroline Bigsby for God’s sake, that’s no Bree Van De Kamp) finding out that her husband has cheated on her. If we want to get technical, he cheated on her with Bree’s second husband Orson’s dead mistress Monique Polier, but I digress.

Carolyn Bigsby’s husband owns the local supermarket, so she goes a bit nuts and takes her gun to the supermarket and holds everyone hostage while her husband hides. It all escalates and Nora, Tom Scavo’s former flame and baby mama, gets shot. Nora kinda sucks so you’re grateful for her character death, but boy do you cry anyway.

Most ridiculous or unbelievable aspect of this storyline: Carolyn Bigsby is finally disarmed by a recurring character throwing a tin of tomatoes at her head, so she drops the gun. This hero character then is revealed to be a paedophile.

When a hurricane just turns up on Wisteria Lane

Also one of the highest rated episodes is “Something’s Coming”, the episode in which a phat hurricane comes and wreck Wisteria Lane killing – and blinding – multiple people. The ridiculous nature of this storyline is the sheer amount of layers of drama that occurs during this hurricane. Gabi and Carlos are trying to flee the country and get the papers for their offshore stolen money account, but Gabi’s husband Victor turns up and shoots Carlos. Victor dies, Carlos is blinded. Bree finds out that Catherine’s husband cheated on her and now the woman he slept with is stalking them. This woman also dies (she is swept up in the hurricane in a beautiful display of 2008 CGI awfulness). Tom and Lynette hide in Mrs McClusky’s basement but have to leave because Tom is allergic to cats and the cat owner, Ida Greenberg, refuses to let the cat out. Then Ida dies.

Most ridiculous or unbelievable aspect of this storyline: This whole episode basically hinges on Ida Greenberg valuing her cat’s life over the life of an actual human man with kids, but go off I guess Ida.

Carlos goes blind and then conveniently regains his sight

In classic Desperate Housewives form, a big development in the series occurred when Carlos went blind after the hurricane. Then they got bored, and he got his sight back like one series later. Not really okay Desperates, wonder how actual blind people would feel about that.

Most ridiculous or unbelievable aspect of this storyline: Gabi gets angry at him for being blind so tries to feed him dog food.

Bree is married to Rex Van De Kamp in season one, who completely, wholeheartedly, sucks. However, Bree finds an admirer in George, this next-level creepy, comb over, wants-to-hump-her-leg level weirdo who also happens to be a pharmacist. George doesn’t like Rex, for obvious reasons, so switches his prescription and kills him. If you ever think that you’ve gone shamefully too far for a crush, at least you’re not George the pharmacist.

Most ridiculous or unbelievable aspect of this storyline: When Bree eventually kisses George she literally breaks out in a rash because she doesn’t fancy him. Then he doesn’t leave her alone so she threatens to shoot him.

Remember this? Wild. But what’s really wild is WHY Bree abandoned Andrew on the side of the road in the middle of nowhere. Andrew is notoriously difficult, but he peaks when Bree gets a new boyfriend after the Rex/George fiasco. Andrew finds out this new boyfriend is a sex addict, so seduces him, and Bree walks in on them in bed together. She drives Andrew with a bag of clothes to a distant road in Nowheresville and drops him there. Mothering at its finest.

Most ridiculous or unbelievable aspect of this storyline: Three seasons later they have a great relationship and he eventually becomes her personal assistant.

In the first series, Edie and Susan are competing for newbie hottie on the block, Mike Delfino. Susan thinks she has “lost” when she finds out Edie is entertaining a “gentleman friend” one night. She breaks into Edie’s house to ask for a cup of sugar – hoping to interrupt the two and stop them bonking – but Edie and the man (who turns out not to be Mike) are already shagging upstairs. Susan then knocks down a candle and burns Edie’s entire house down. Easy mistake to make, I guess.

Most ridiculous or unbelievable aspect of this storyline: When Edie finds out she burns down Susan’s house in retaliation. I love this show.

Katherine’s daughter Dylan dies and is replaced by a lookalike 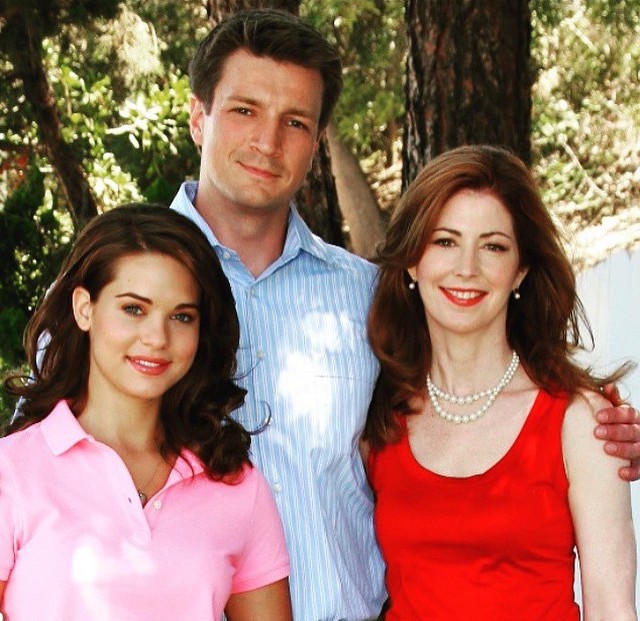 Maybe you didn’t get far enough in the series to meet Katherine Mayfair, and you’d be unlucky if that was the case, because you’d have missed out on this completely mad storyline. One night, when Katherine’s daughter Dylan is around three or four years old, a wardrobe falls on her and she dies. Out of fear of pissing off her aloof, abusive husband she goes to a Romanian orphanage and finds a child that looks just like Dylan, so adopts her. Everyone is fooled, no one is the wiser.

Most ridiculous or unbelievable aspect of this storyline: Dylan, the actual adopted child, doesn’t even know she’s a replacement of the original Dylan. Meaning she conveniently has no memories of before she was three years old. Seems legit.

Gabi and Carlos knock Gabi’s husband overboard and he survives

Gabi is married to top politician Victor when she realises he’s actually a class-A knobhead, and that she’s really still in love with Carlos. The three of them somehow end up on a yacht alone together, when Victor pulls a knife and Gabi hits him with an oar, knocking him overboard.

Most ridiculous or unbelievable aspect of this storyline: He washes up on the beach and heads to kill Carlos, only to get impaled with a flying fence post during the hurricane episode. Peak. 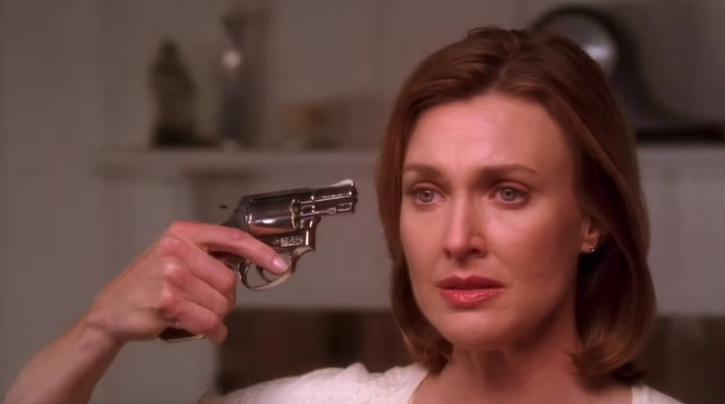 This is the opening scene of Desperate Housewives, so isn’t particularly revolutionary, but the ridiculous aspect comes in the story behind it. Mary Alice kills her self because her son, Zack, is a baby she adopted from a drug addict. The drug addict comes back and asks for her baby, so Mary Alice and her husband Paul kill her, chop up her body, put it in a toy chest and bury it below their pool. That is the first ever main storyline in Desperate Housewives. The first.

Most ridiculous or unbelievable aspect of this storyline: When someone finds out about it, Paul Young beats them to death with a blender to try and cover it up. 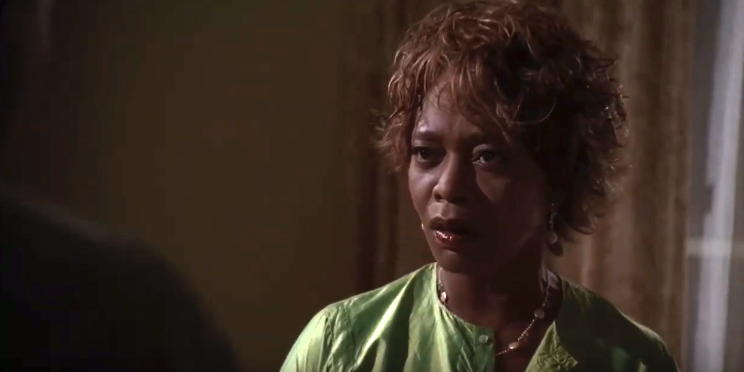 The main antagonist of season two is super mysterious concerto pianist (when are concerto pianists anything but mysterious honestly) Betty Applewhite. Every time people come over to her house there’s loads of loud bumps in the basement. Turns out it’s the obvious explanation: She is keeping one of her two sons chained in the basement because she believes he killed a woman years ago but was unwilling to hand him over to the police. When he escapes and accidentally hurts another woman, she plans to kill him by poisoning his favourite food – ice cream. Only to quickly discover it was her OTHER son. You really can’t write this shit. And yet, they did.

Most ridiculous or unbelievable aspect of this storyline: It is never mentioned again for the entire rest of the show. You think you’d frequently discuss the woman who lived on your road that once imprisoned her son but guess not! 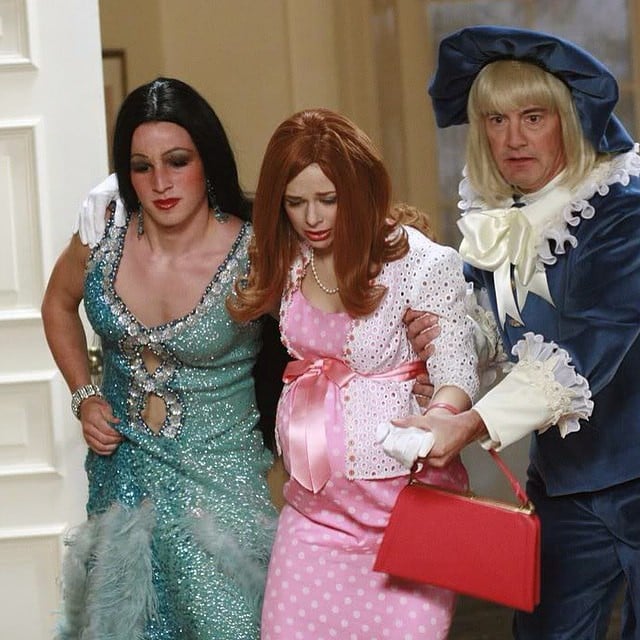 Bree’s daughter Danielle gets pregnant, to which Bree is aghast, naturally. If you don’t already remember by now, Bree is the most anal-retentive, obsessively clean and perfect housewife there is. So unplanned pregnancies just won’t stand. What does she think is more acceptable? Faking a pregnancy herself, so that she can adopt and raise her daughter’s baby as her own. Super normal. Absolutely fine. Deffo worth the nine months of lies.

Most ridiculous or unbelievable aspect of this storyline: At one point during a barbecue Bree’s second husband Orson accidentally stabs her fake pregnancy belly with a cooking implement, a neighbour sees and they have to cover it up. 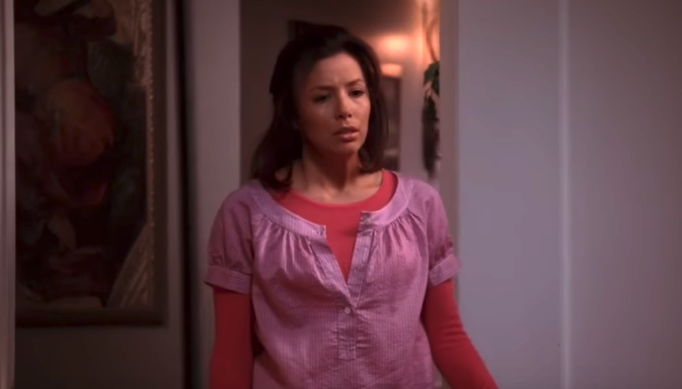 When Desperates eventually ran out of ideas (and how can you blame them, with insane shit like this happening every episode) they did a five year jump so everyone had changed. Bree was super successful, Susan had divorced Mike and Lynette’s twins were suddenly really fit. However, one thing was just too unbelievable to fly: Gabi was suddenly a mum, desperately tired all the time and badly dressed. Much like Carlos’ blindness, the writers got really sick of this after half a season and brought the Gabrielle Solis we all know and loved back.

Most ridiculous or unbelievable aspect of this storyline: Susan becomes better dressed than Gabi. Just not realistic at all.