It was released on Netflix today

Today, Netflix released a new true crime docuseries called The Trials of Gabriel Fernandez. The six part series is all about the real life story of what happened to eight-year-old Gabriel. The reviews for The Trials of Gabriel Fernandez are already describing it as one of the most challenging true crime series to date, and viewers have said they have been left in tears after just minutes of watching.

*TW: This article contains some details of disturbing crimes*

True crime documentary, The Trials of Gabriel Fernandez, is all about the life and death of the eight-year-old boy. Gabriel Fernandez died in 2013 after being abused by his mother and her boyfriend.

Gabriel Fernandez was found injured and abused in his family home in May 2013. He died two days later. When he was found he was naked, with a cracked skull, shattered ribs, severe burns and BB pellets in his body. He was abused for eight months, where it was alleged he was beaten, forced to eat cat faeces and cat litter and tied up and made to sleep in a cabinet.

The Netflix series also looks at the responsibility of child protection services, who were said to have had multiple reports and seen multiple warning signs that Gabriel was being abused before his death. Child abuse charges were held against four social workers, concluding his death had been “foreseeable”.

Gabriel’s mother, Pearl Fernandez, and her boyfriend, Isauro Aguirre, were arrested for his murder. In 2018, Aguirre was sentenced to death after being convicted of first-degree murder with the special circumstance of intentional murder by torture. Gabriel’s mother Pearl pled guilty to murder by torture and was sentenced to life without parole. Both were sentenced in 2018, where the judge called their crimes “horrendous, inhumane and nothing short of evil”. 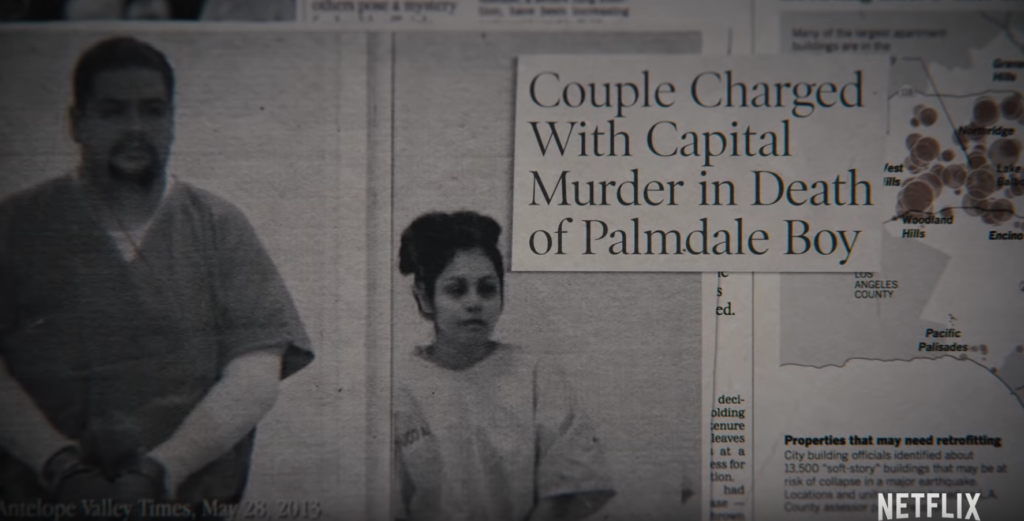 Reviews of The Trials of Gabriel Fernandez say it’s the most harrowing, challenging and disturbing true crime series to date

The Independent’s review of The Trials of Gabriel Fernandez describes the series as “Netflix’s most harrowing true-crime documentary yet” and says it is “traumatising” and advises viewer discretion. OprahMag says it is “challenging”, “alarming” and “hard to stomach”.

Viewers on Twitter have described the series as “the most heartbreaking thing I’ve ever watched” and “heinous”. Others added that they were in tears just minutes into watching, their hearts “sunk” and they were “sobbing” and “numb to the last nerve”.

The Trials of Gabriel Fernandez is the most heartbreaking thing I’ve ever watched, so so sad 💔

Watching “ The trials of Gabriel Fernandez” breaks my heart in pieces. No words to describe such a heinous crime.

Wow already 8 mins into the documentary of The Trials of Gabriel Fernandez, I’m sobbing. I want to be so mad but my heart just sunk with the details.

8 minutes into watching 'The trials of Gabriel Fernandez' on Netflix and I'm numb to the last nerve.

Watch the trailer for The Trials of Gabriel Fernandez on Netflix here: