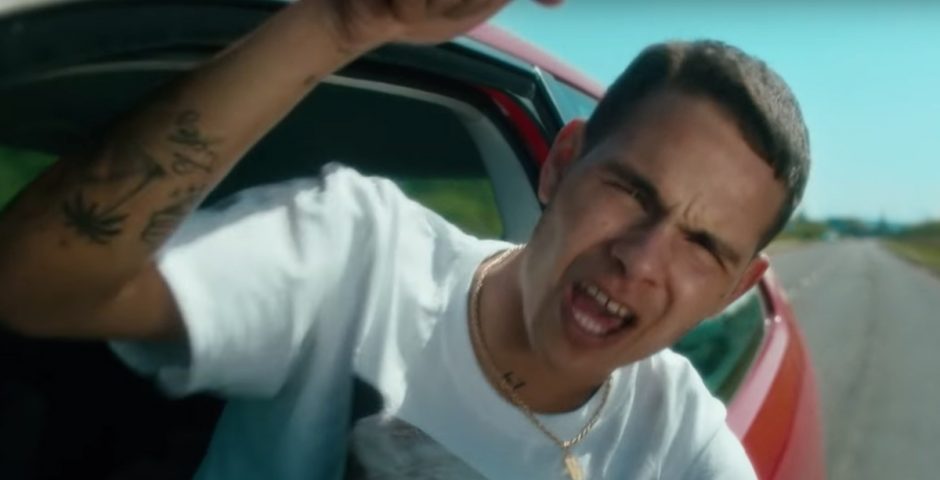 PSA: Slowthai being Slowthai isn’t an excuse for being an idiot to women

His persona is not an excuse for his behaviour

Right, I like Slowthai as much as the next person. Up until last night he was just your run of the mill, up-and-coming, music industry bad boy with a funny British hooligan persona. He was actually pretty wholesome, for the most part. Apart from when he spit in a fan’s mouth, but at least we know that the girl wanted that (she was literally holding a sign saying “Slowthai spit in my mouth”).

But last night, when he assaulted Katherine Ryan at the NME awards – and yes, we’re calling it assault, if a random man did this to you or your mate in a nightclub, you would call it assault too – he crossed that line. His hooligan persona so far has made him a playful and enjoyable star to watch from a distance, whether it’s him consensually spitting in girl’s mouths, posing with a decapitated Boris head or selling a whole tour for a fiver. So yeah, it makes sense if you love him, but that doesn’t mean that what he did last night wasn’t class A levels of fucked up.

He showed a side to himself that we shouldn’t endorse

Everything he’s done so far has been harmless, and you wouldn’t be wrong in thinking that Slowthai was a pretty good guy. I thought so too. But the way he behaved on stage last night showed a side of him that shouldn’t be lauded, or excused by the persona he has chosen to adopt.

He was aggressive, intrusive and made a deliberate attempt to make a woman uncomfortable. When people didn’t respond with praise, like they usually do, he threw a microphone and a glass of champagne into the crowd. Those acts were not the result of a persona, they were real. No matter how much you play into a certain stereotype of yourself, you should never assault someone. Also, real people are watching this, and learning. Which brings me to:

Thanks Ben Case, but pray someone tell me how this is different to “boys being boys”

Every woman has been in the same position as Katherine Ryan at some point, with a guy up in your face, making you uncomfortable and you just having to deal with it. She doesn’t want to be victimised in this scenario, and that’s good for her, but what about other women? If men see Slowthai’s behaviour, and just how beloved he is because of it, they will think it’s okay to replicate.

People are not taking this seriously enough. Talk of “boys will be boys” is circulating. A video of Matt Healy – a very vocal “feminist” most of the time – sending his thoughts to Slowthai has 2,400 likes on Twitter. Girls are still defending him because they fancy him. Maybe they all think it’s a big joke, maybe they’ll say he didn’t mean it. But all of this is internalising and excusing behaviour that should not be excused. I don’t care how much you love him. You can separate this act from the rest of Slowthai, step back and say “Yeah, what he did at the NME was out of order and I don’t rate him for that”. It’s really not that hard.

If he is as good of a person as we thought he was, he’ll apologise

If you adore Slowthai, and you think that this was more of a stupid mistake than an example of the mask slipping, then have faith in him to apologise. It is what he should do. A “hooligan persona” doesn’t excuse you from apologising, especially in instances of assault or sexism. Fair, he might not apologise for the microphone or champagne incident. But at least issuing an apology to Katherine Ryan for how he acted will set himself apart from what he did, and remind boys that they can’t get away with behaviour like this.

I’m not asking you to hate Slowthai. I’m asking you to call him out, and admit that behaviour like this is inexcusable. Call on him to apologise and show you that you can keep loving him, because he’s not above that. And most importantly: If you are a woman, know that this is never okay behaviour, and a man treating you like this is wrong – no matter how fit or famous he is. If you are a man, never treat a woman like this. Ever.