Shaughna’s old job as a democratic services officer at Lambeth Council is being advertised online as a new vacancy. Before entering the Love Island villa she quit her role but it was said the door had been left open for her to return. 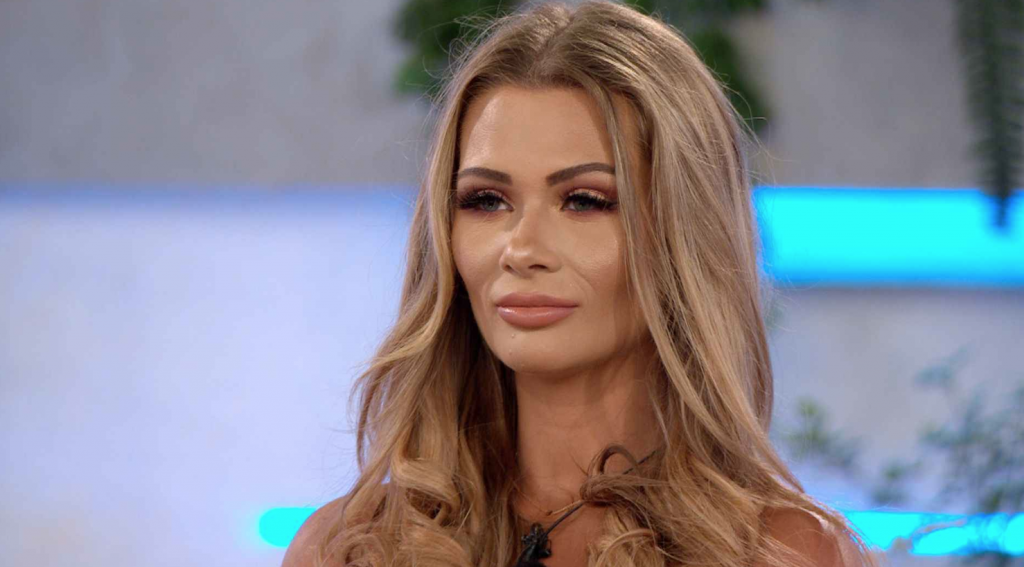 However, according to the Mirror, Lambeth Council is hiring for the position again. The role is described as a Democratic Services Officer, with a salary of £34,128. The description says the role includes having to “work closely with elected Members and senior officers, providing professional advice on democratic, governance and constitutional issues.”

The employee must be “highly organised, able to work flexibly, customer focused and be adept at meeting demanding deadlines in pressurised circumstances, possess excellent communication skills (both verbal and written) and excellent IT skills.”

Applications will close on February 27th 2020. A Lambeth Council spokesperson told Mirror Online: “Shaughna Phillips used to work in Lambeth Council’s Democratic Services team, but is now on Love Island and we wish her the best of luck. The current vacancy is not specifically linked to her departure.”

In an email to The Tab, Lambeth Council’s Deputy Leader Claire Holland previously said Shaughna was “a delight to work with” and confessed she’d nominated Shaughna for a Rising Star Staff Award. Claire added: “Not only is she a great colleague but she has a good heart. She’s bright and wants to make a difference. And I am sure she will.”

The final date has been revealed!!!

ITV has confirmed the date of the winter finale – and it’s less than two weeks away. A tweet sent on the Press Centre account reads: “Confirmed. Love Island: The Live Final. Sunday 23 February at 9pm on ITV2 #loveisland”.

This year’s summer Love Island will be 12 episodes shorter, it has been reported. The series will last for six weeks instead of eight, making it the shortest for four years.

This comes as ratings for the winter version have plummeted to an average of two million, down a million from last year’s series. The opening episode of this series got around 2.4 million viewers, which is the lowest launch-night ratings since 2017. 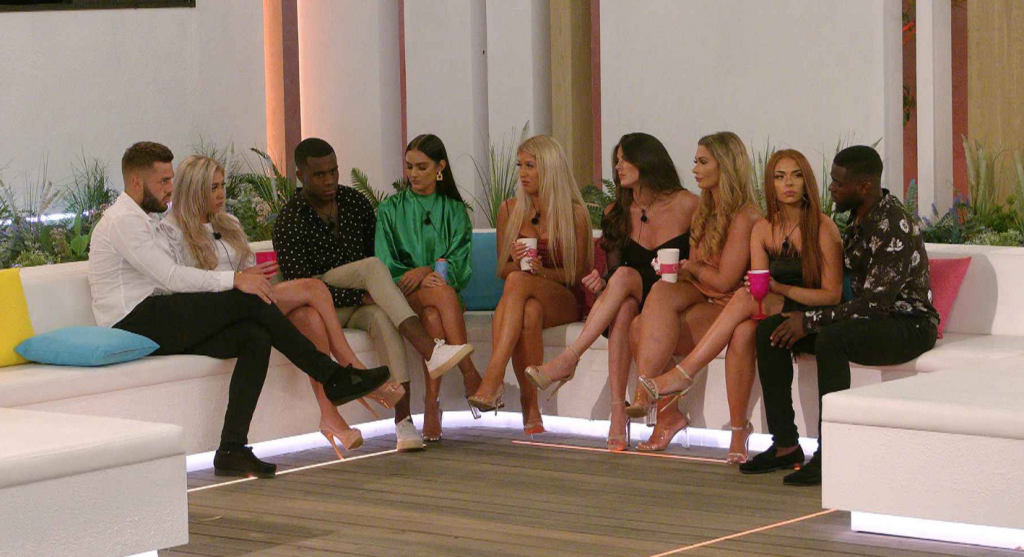 People are livid with ‘toxic’ producers for misleading Paige

One of the headlines read in last night’s News Splash challenge read: “Casa Amor causes Callum, Finn, and Nas’ head to turn on tonight’s Love Island”. This instantly got a reaction from Paige, obviously, who was blissfully unaware Finley had done anything of the sort in Casa Amor.

The article referred to a clip of Finley chatting to Natalia, which turned out to be nothing and he stayed loyal to Paige and slept outside. However viewers are now turning on the producers for suggesting otherwise. Tweets branded the show “toxic”, “nasty”, “unfair” and “bullshit”.

That was nasty! Finn didnt do anything at Casa Amor. Causing rifts for the sake of viewing figures!! #badmove #loveisland

Totally unfair using the headline about Finn turning his head. Paige will never believe him, the poor lad was a gent in there. #fuckedup #LoveIsland

Everyone in the UK to the producers who made that bullshit up to make Finn look like a bad guy when he’s really an angel of all angels ?#loveisland pic.twitter.com/7YDdh0onuB

Not only are they one of the very few ex-Islander couples to have stayed together, but Alex and Olivia Bowen are some of the richest too. If you weren’t ridiculously jealous of them already, you will be after you see pics of their brand new house. It’s INCRED. 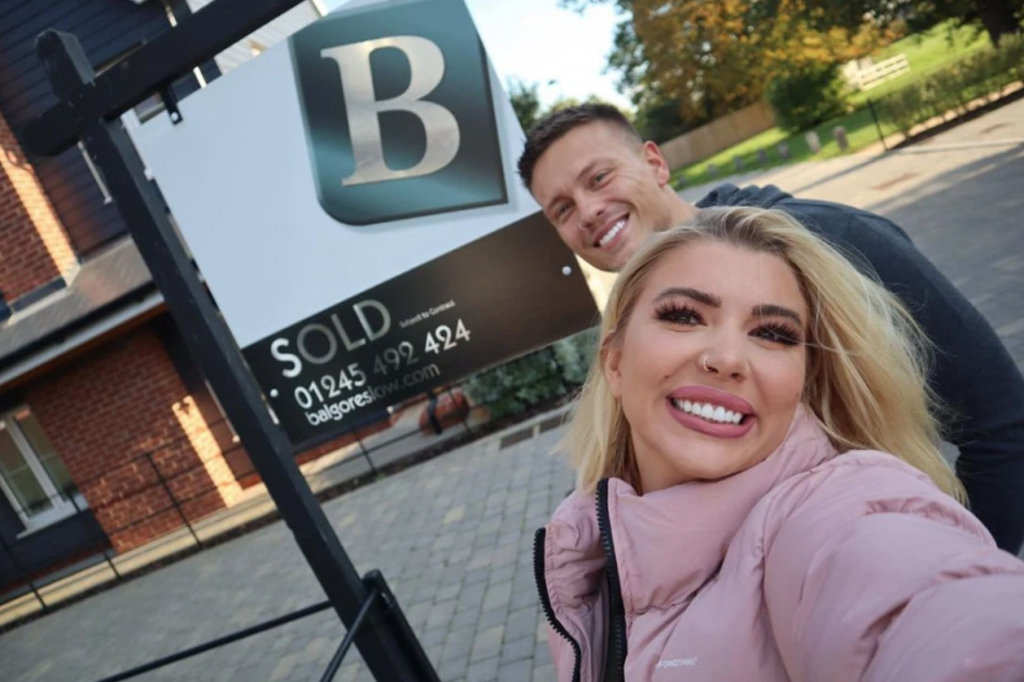 Announcing the news of their move on Instagram, Olivia said: “22nd October 2019 we sold our first home. 6th October 2017 I remember so well; we bought this house. God we were so excited. It holds so many memories, so many firsts, we got married whilst we lived here, it was our first home & I‘m gonna miss it so so much.

“Tomorrow, we move into our dream home. Honestly this home is everything I’ve ever dreamt of, it has so much potential. It’s kinda unbelievable that we’re now here experiencing it. Neither of us ever thought this would be happening. We both feel so overwhelmed, I honestly can’t even write this correctly, I don’t think I can ever feel grateful enough for this life & for what we experience.” 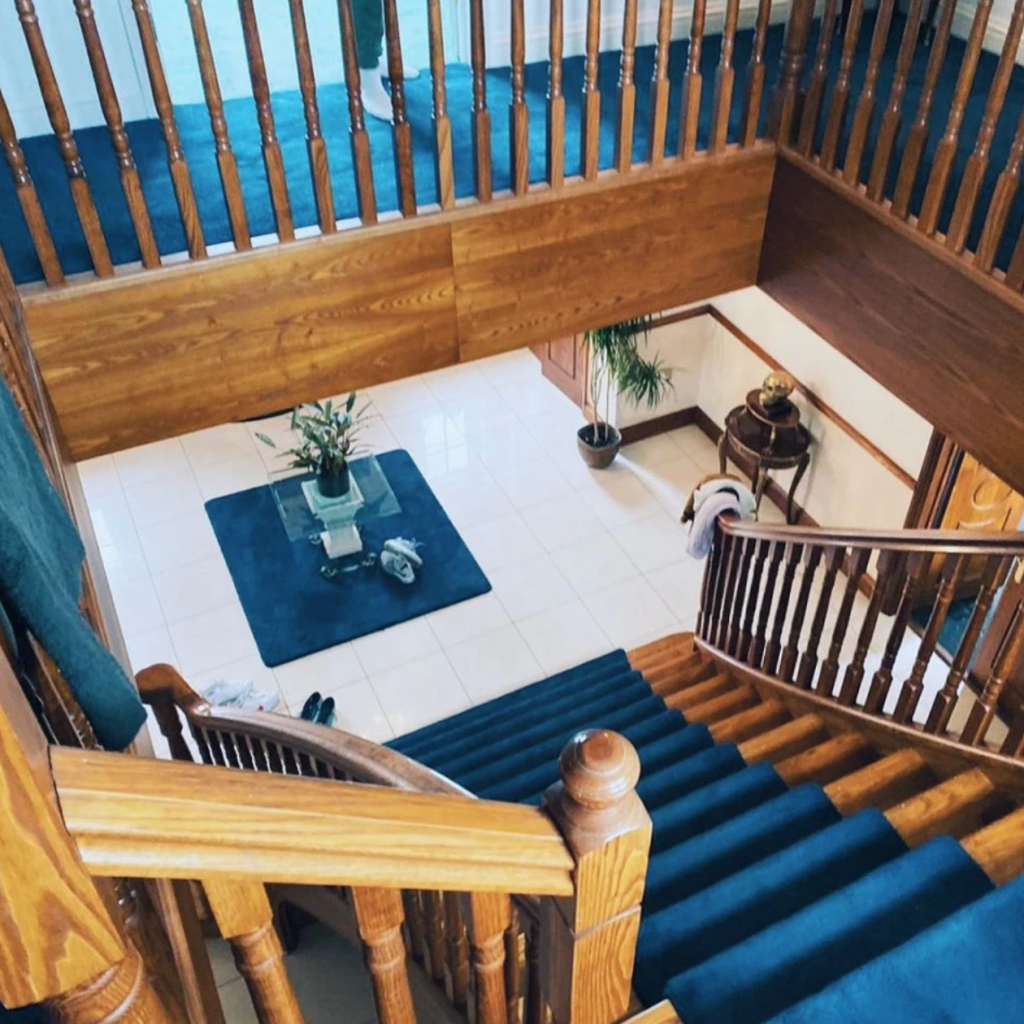 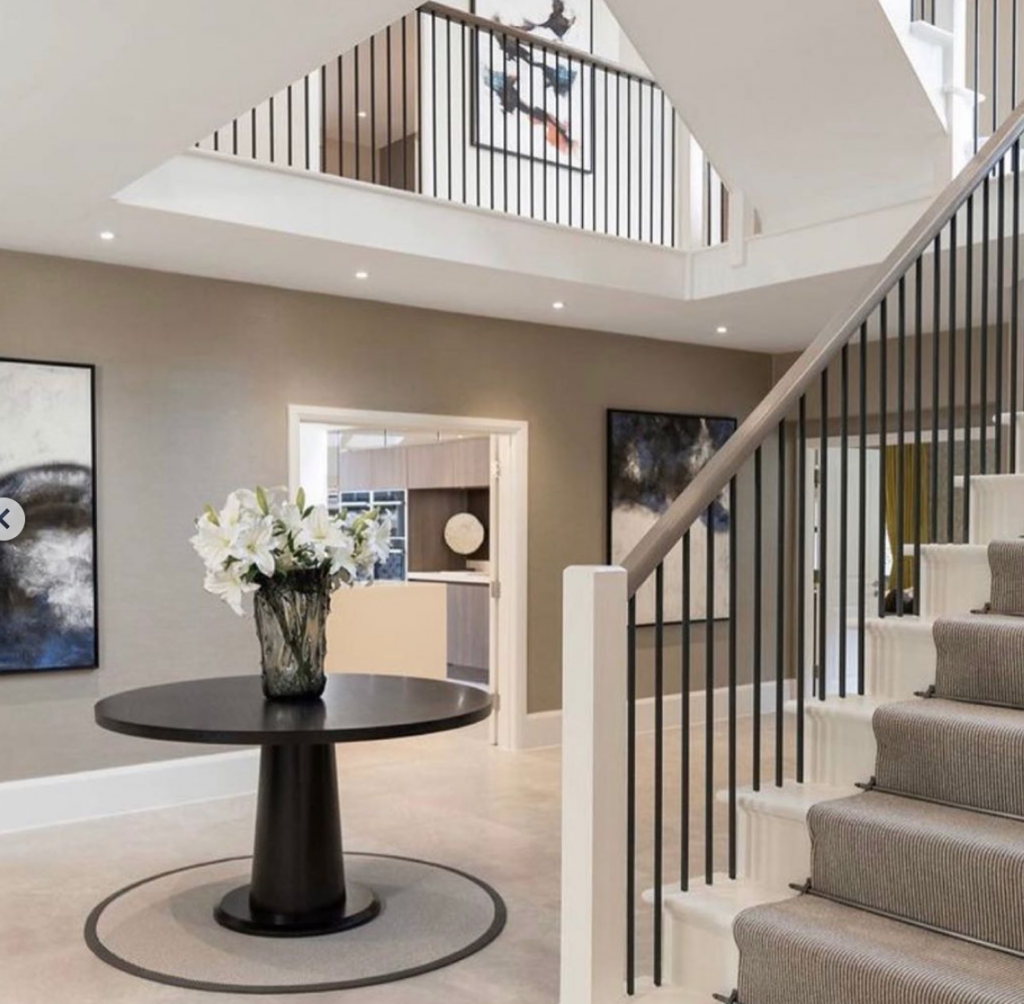 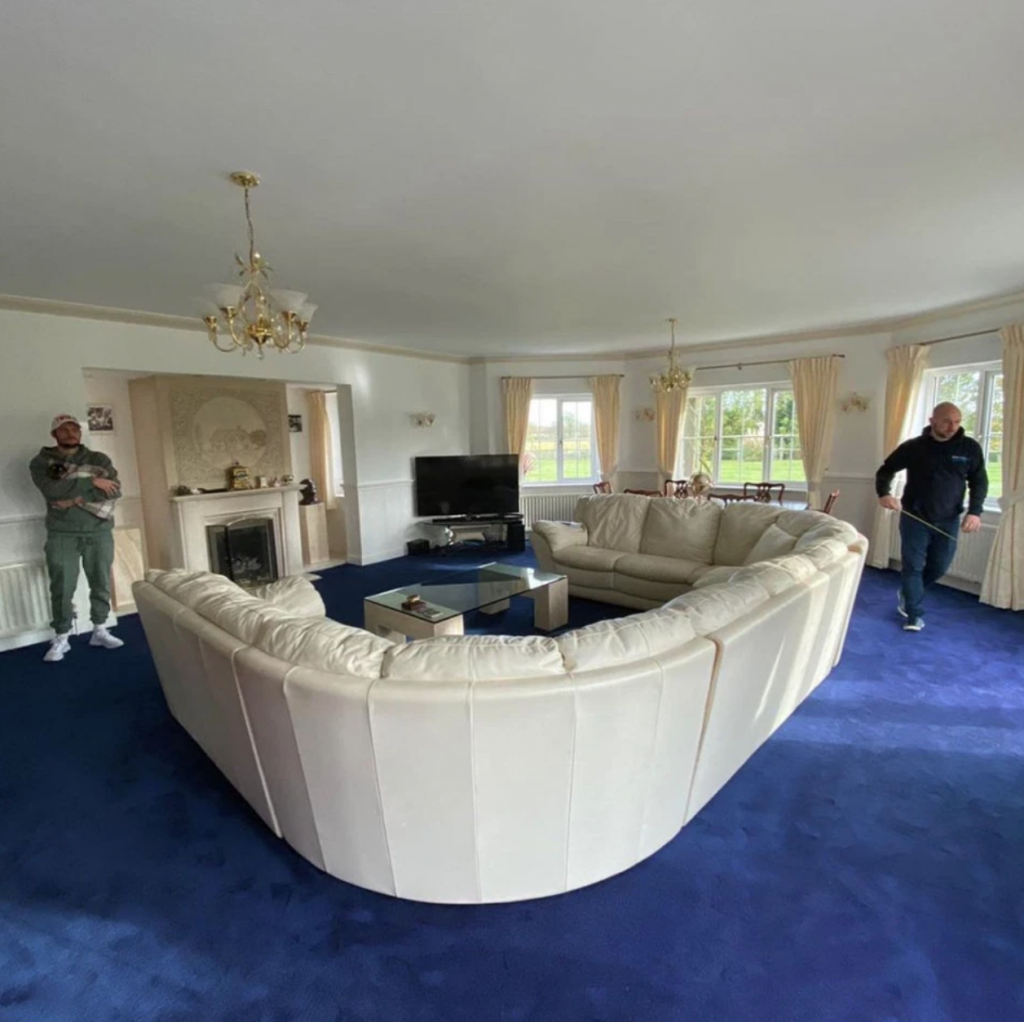 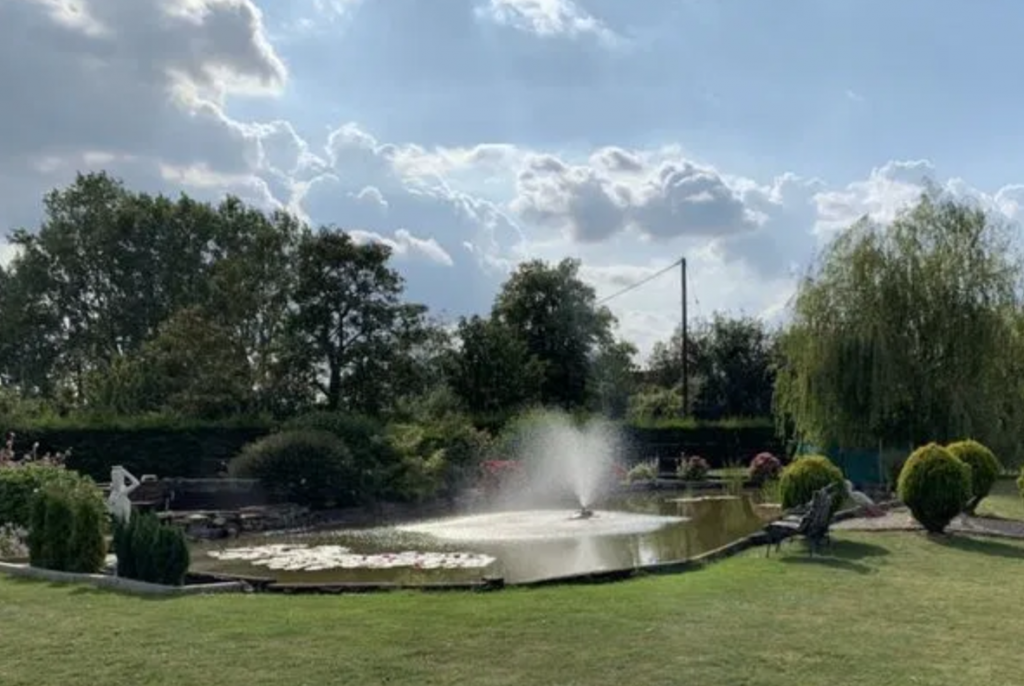 Callum will ‘without a doubt’ cheat on Molly

A leading sex and relationships expert has said it is only a matter of time before Callum cheats on Molly. Doctor Sarah Welsh, founder of HANX sexual wellness products, told the Mirror: “In last night’s episode, it was revealed that in a survey 45 per cent of men admit to cheating on their partner, in which Callum’s response was ‘that’s fair’. His attempt at normalising cheating is completely toxic.

“It also indicates his approach to relationships – I have no doubt that he is an unfaithful partner. I think it is just a matter of time before he cheats on Molly. Having this kind of blasé attitude means girls will be hesitant to trust him. Boys who normalise cheating fuel anxiety and trust issues in relationships.” 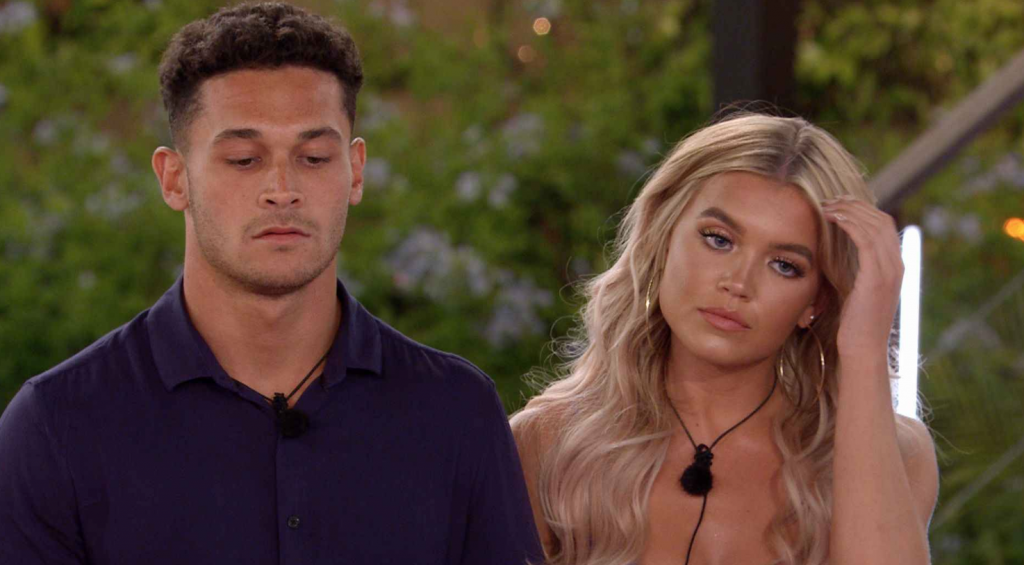 ‘Nobody’ wanted to see Mike in The Hideaway

There are some things you can go through life without seeing, and Mike in The Hideaway is one of them. His dance was toe curling and him talking about it after was cringe to say the least. If Twitter is anything to go by, not one single soul wanted to see the scenes we all witnessed last night. 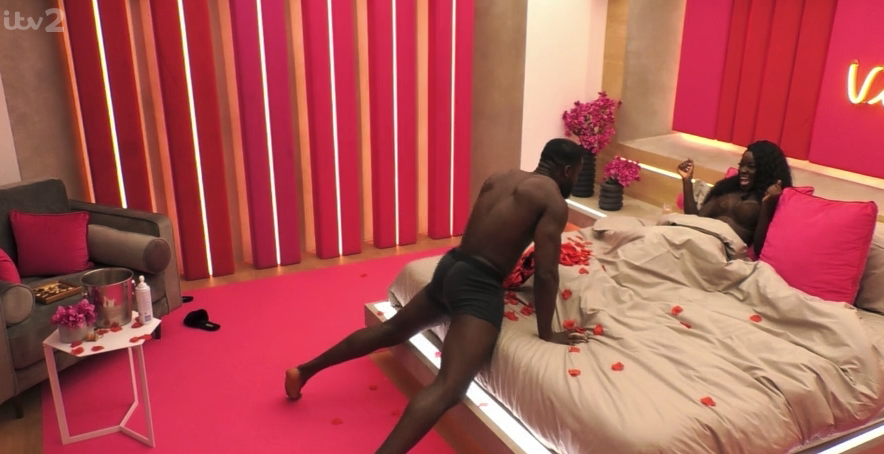 One person described how it made their “skin crawl”, another is “traumatised” by the entire ordeal and others said it was “cringe” and made them feel “uneasy”. “Absolutely no one wants to see Mike in The Hideaway” another concluded.

Watching Mike in the hideaway has made my skin crawl ? #LoveIsIand

I’ve woken up this morning still traumatised by Mike in the hideaway ? #LoveIsland

Did anyone ask to see Mike in the hideaway though ?? my eyes are burning!

Maya Jama is ‘flattered’ people wanted her as host

After Caroline Flack stepped down as Love Island host when she was charged with assault over an alleged fight with her boyfriend Lewis Burton, the nation called for her to be replaced by Maya Jama. Laura Whitmore stepped into the role and Maya says she is doing an incredible job. 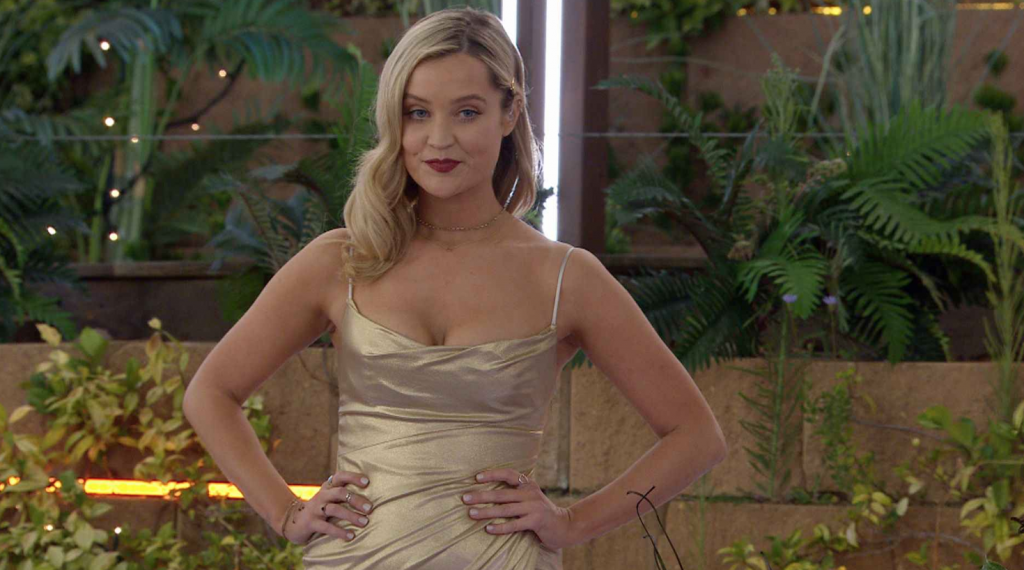 Maya has spoken on BBC Radio 1’s The Reality Tea Podcast about when she heard the news of Caroline’s arrest and people requesting her to get the job. She said: “I was in Dubai having a lovely solo holiday and then my manager’s like, ‘Oh you might have to come back early but we don’t know.’

“You’re just kind of like, ‘Oh, that’s nice.’ It’s a nice feeling that people want you to do something. And it’s nice that people trust that you would be good at doing your job on such a big platform, so it’s flattering. But I think both of them do an incredible job. I think Caroline’s an OG and I think Laura’s smashing it on this season.”