Who is Jordan Fisher? The fit new guy in To All The Boys I’ve Loved Before

Oh, and also my future husband

The sequel to To All The Boys I’ve Loved Before lands on Netflix today. Please prepare yourself to forget all about Noah Centineo and get ready to obsess over the new addition, Jordan Fisher.

We all know Noah Centineo is incredibly hot but he also gives off major fuck boy vibes and you definitely couldn’t trust that boy as far as you could throw him. So allow me to introduce the antithesis to Noah, Jordan Fisher. Jordan gives off extreme wholesome energy but also incredible charisma. 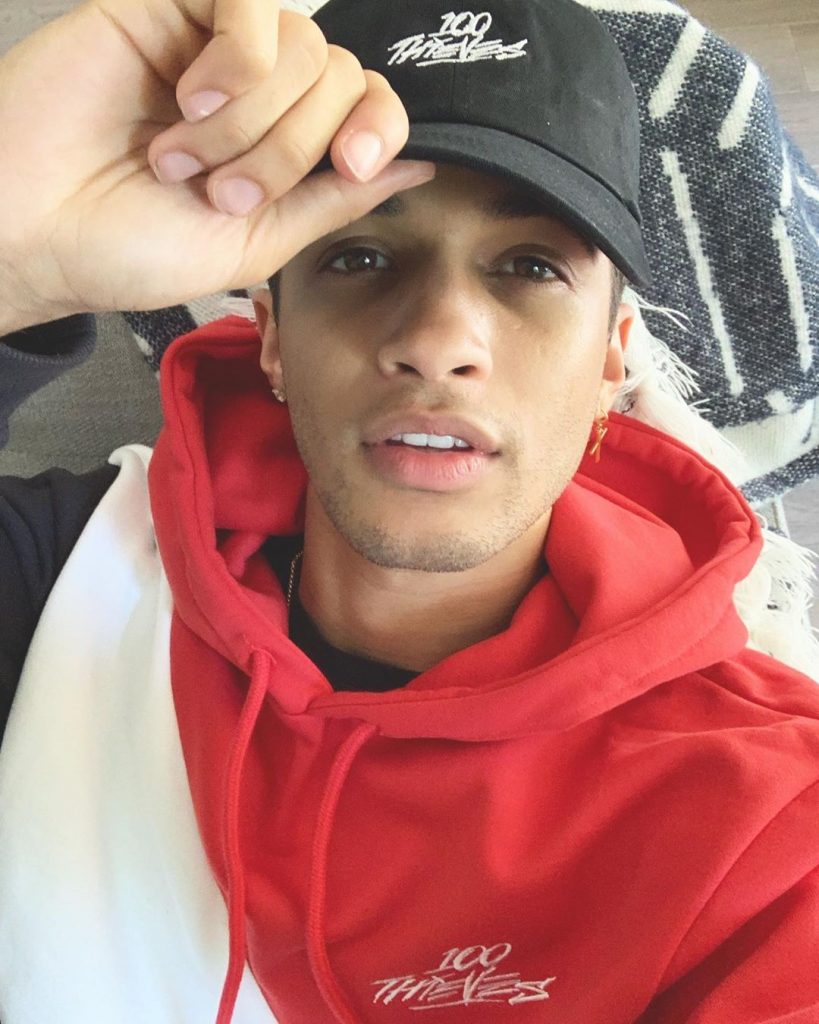 Jordan is playing John Ambrose, in the sequel P.S I Still Love You. His character is the rival love interest for Lara Jean. They were childhood sweethearts and were in the model UN together. But anyway, you can’t fall in love with a fictional character. However, you can deep dive into a guy’s Instagram, find out everything about him and slowly develop a deep unhealthy obsession.

And this is what I’ve discovered about Jordan Fisher, aka my future husband and the guy with a smile that may actually kill you. 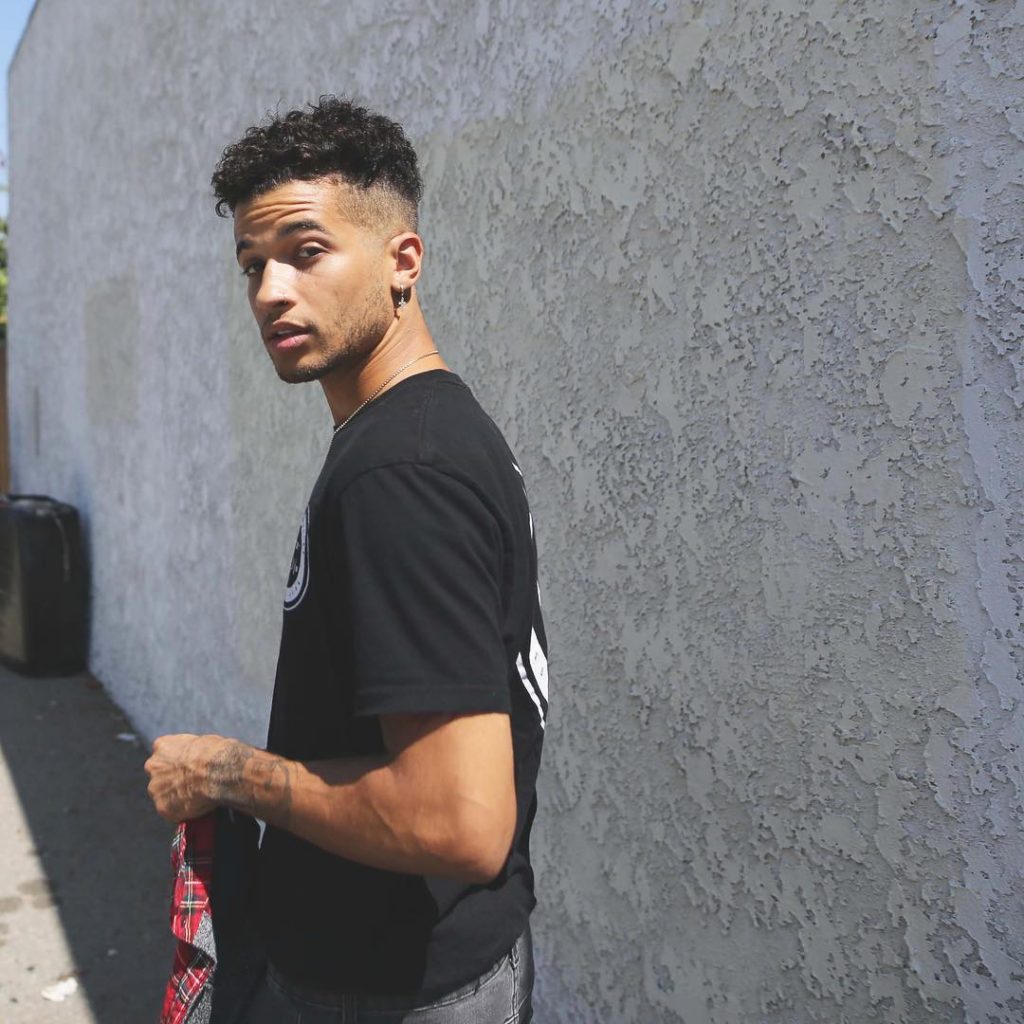 He started his career doing the rounds on Nickelodeon and Disney TV shows. Everything from iCarly to Liv and Maddie and Teen Beach movies. Yeah I’m too old to know what those shows are either, but the point is he was working and talented from an early age.

He’s 5″9 but got some serious big dick energy 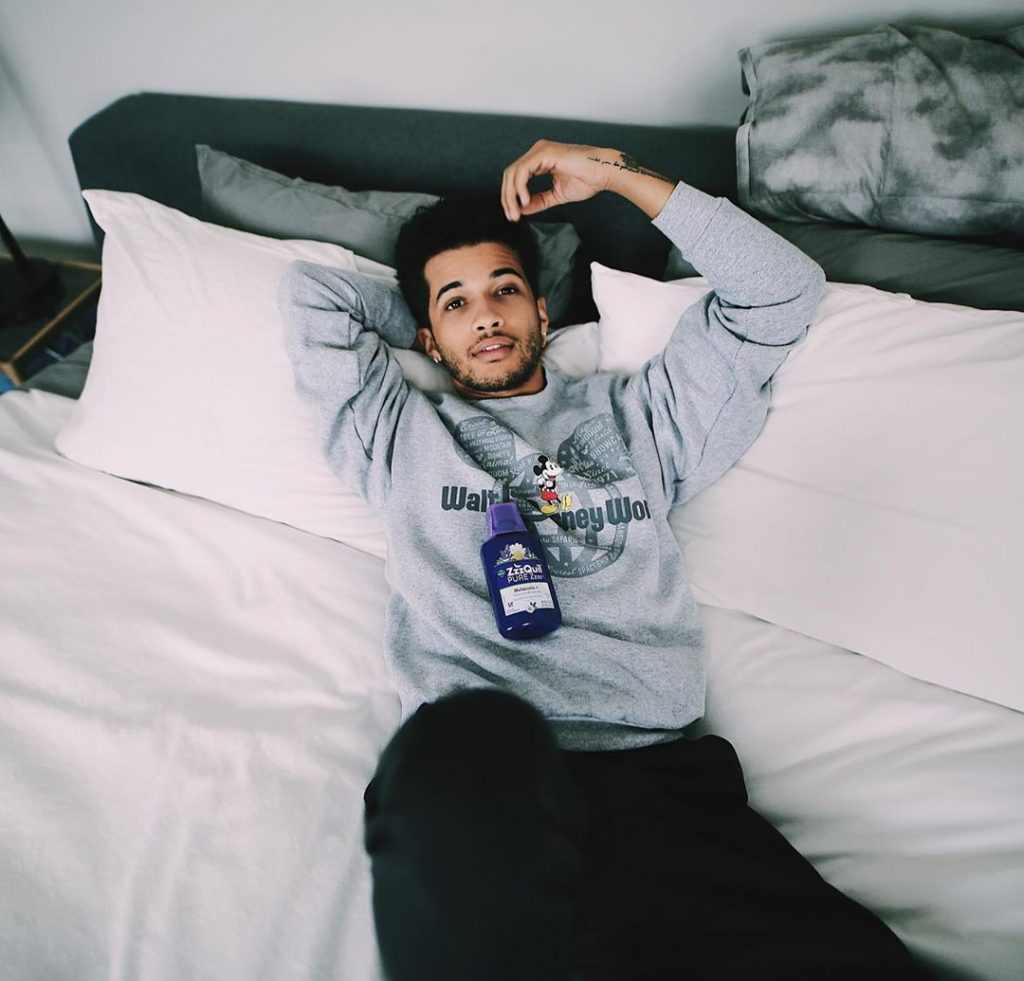 Just look at him. There’s no way Jordan isn’t full of cool, casual unassuming confidence. Also I would happily join him on that bed.

Yeah no biggie he was on the show for over a year and he’s mates with Lin Manuel Miranda. Jordan is currently starring as the lead role in Dear Evan Hansen on stage in New York.

He also sings as well, god is there anything this man can’t do 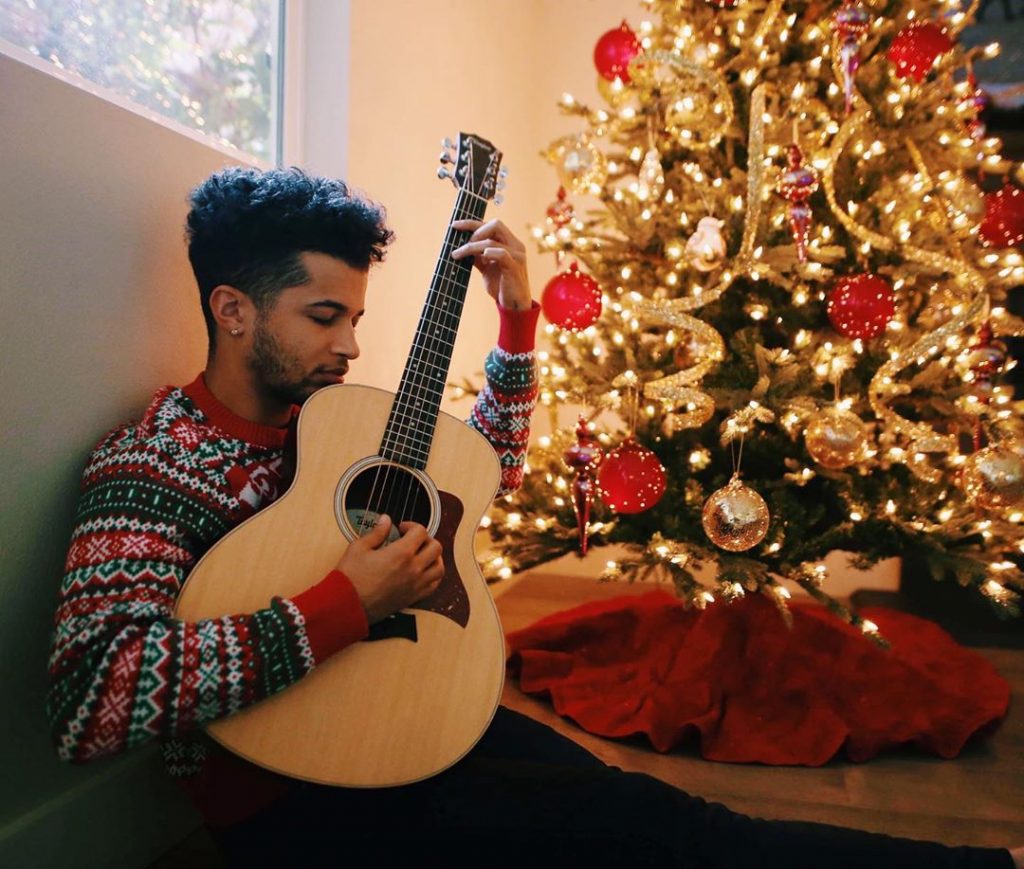 Jordan released his EP in 2016 and came out with more music in 2017. Oh and he also sung on the Moana soundtrack with Lin Manuel Miranda. He was so into the film he even got “Ohana” tattooed on his chest.

He has a fiancée and she’s beautiful and clever 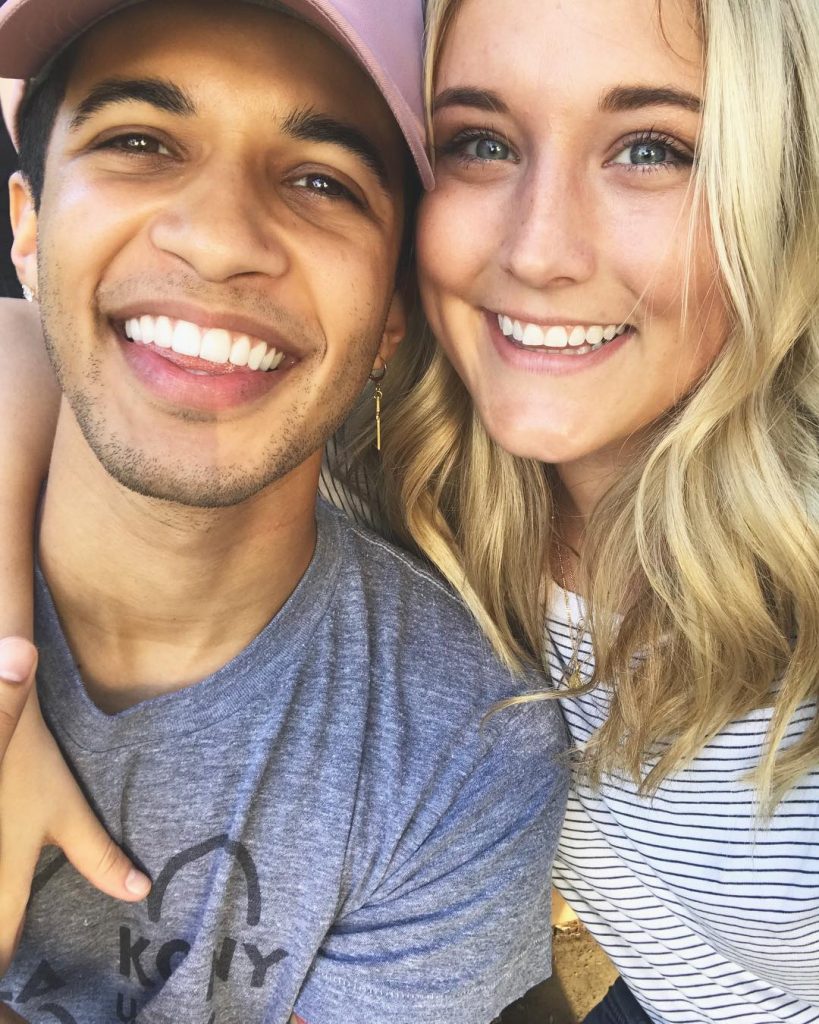 Her name is Ellie Woods and if your mind doesn’t immediately question if she was in Legally Blonde then wow.

They did post it all over Instagram but she’s literally wearing gym shorts to get engaged in. What a cool girl. And just a beautiful set up on the lake. Dear all men, please take note, this is the only way to do it.

Yes he does sponsored posts occasionally, but one was for Domino’s, so I’ll allow it

Thanks to @dominos I’ll never wonder what it would have been like to star in “Risky Business”… Or in a pizza commercial. Thanks, guys!

If you’re going to do any paid adverts you might as well make it for the ones which let you eat pizza.

Jordan Fisher is friends with a LOT of famous people 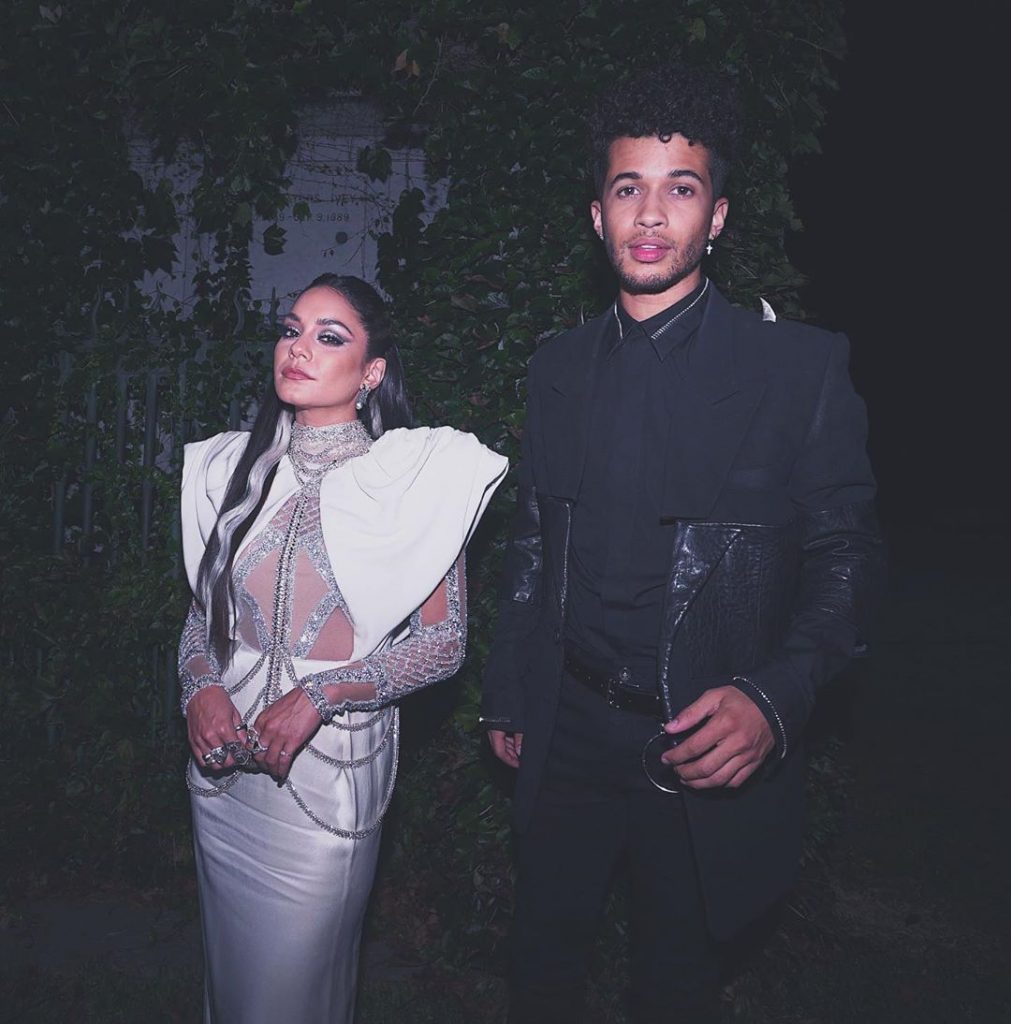 I too would also like to go to a Halloween party with Vanessa Hudgens. Just a heads up.

Ellie and I are about halfway through #Cheer on @netflix, and let me tell you…I need @Jerry_K2TR in my everyday life. And THATS on period.

He tweeted his love for Jerry and it’s nice to know he’s just as obsessed as we are. Jordan is also a major fan boy for Millie Bobby Brown. Imagine having over two million Instagram followers and still freaking out that Millie knows who you are. So humble. Got love him for it.

wait does this mean Millie is gonna know I’m like an actual living and breathing person on this earth now…? holy https://t.co/ktlCZPoggx

Finally and arguably the most important, for a man Jordan Fisher knows how to dress incredibly well 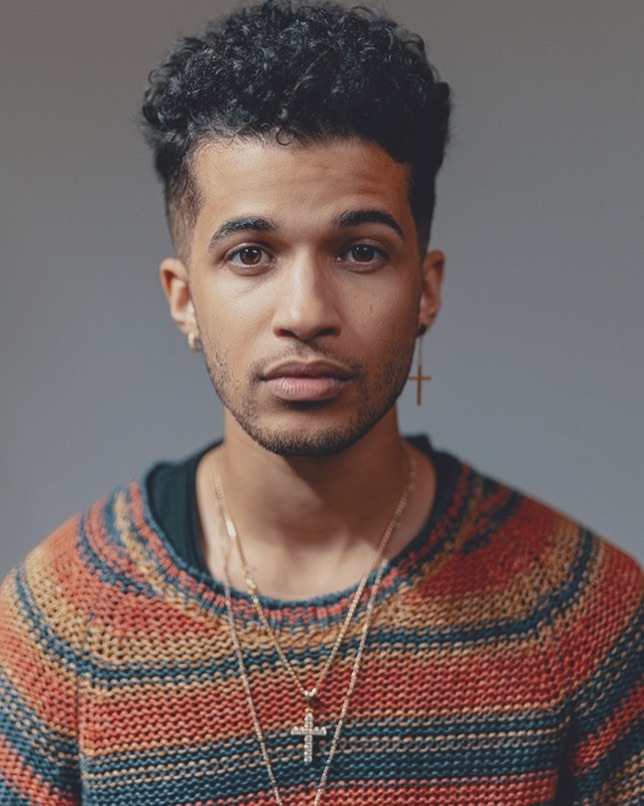 He’s got the accessories down – glasses, cross necklace, great trainers, a lot of cool hats and colourful knitwear. What a guy. He also somehow manages to make dungarees, a camo T-shirt and a pink cap look good together? I don’t know how and I don’t care. All I know is I love this man. 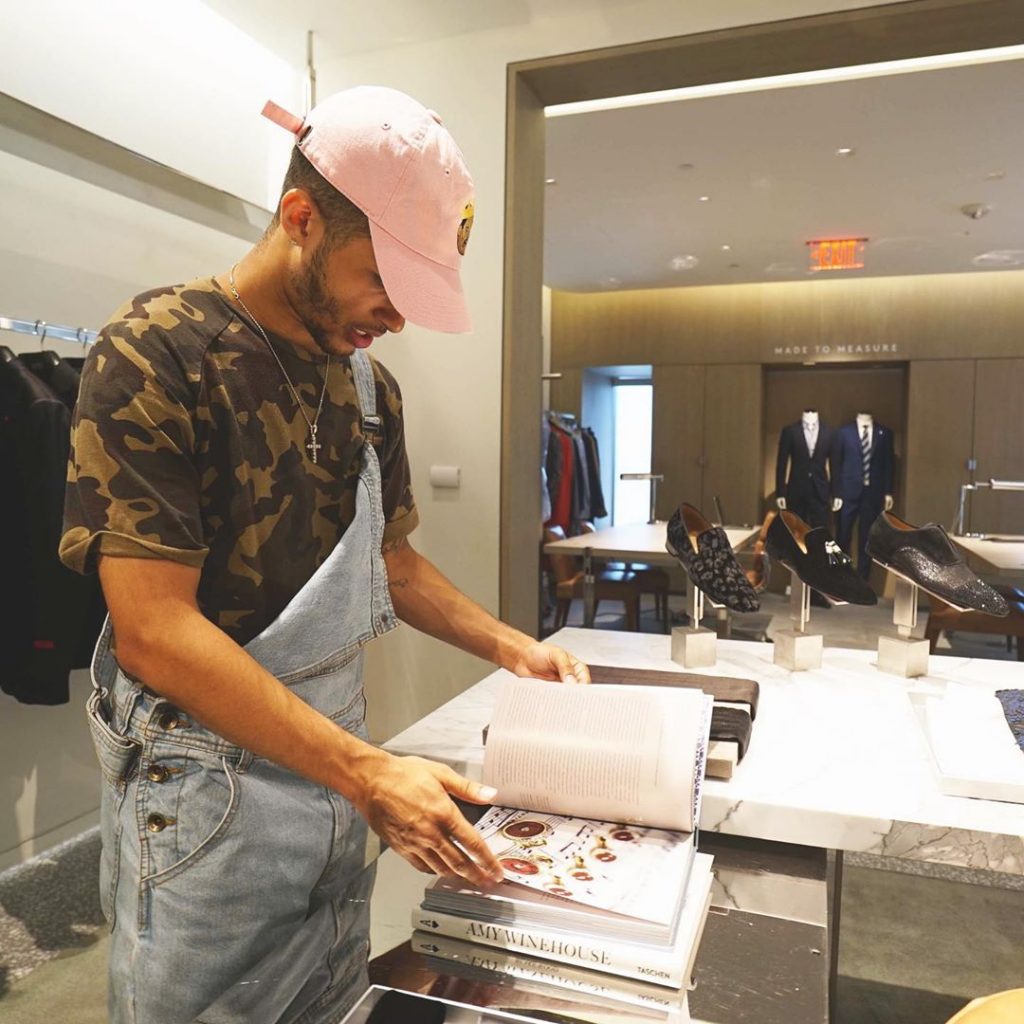