One of the best Love Island challenges was where Islanders read savage tweets about themselves and have to fill the blanks. But the “Online Buzz” challenge has reportedly been scrapped, amid rumours the tweets were faked anyway.

can they stop playing stupid sex games? we want the twitter challenge and drinks being thrown #loveisland pic.twitter.com/1d9giKbiSA

An insider told The Sun: “The Twitter challenge won’t be on this year’s series – it hasn’t been ditched for good, it’s just not happening on the winter season.” But imagine the challenge was still going ahead. What would some of the tweets have included? Probably a large selection of these:

1. This is very true

I present to you, the biggest game players this series #LoveIsland pic.twitter.com/j2A1uEhcXb

3. No choice but to stan

4. Shaughna was rumbled early on

My darling you did not come on love island to find marriage ? secure your PLT contract and go #loveisland

Paige: “My type is tall dark and handsome”

Shaugna has the most unhealthy obsession with Mike . He’s been nothing but nice to her but all she does is shade him constantly . Get her annoying whinging bitter ass out #loveisland pic.twitter.com/UB1iqEdi69

8. One for Laura too

Callum has NEVER talked about sexual attraction with Shaughna. Oh my goshhh. This is gonna be a bloodbath! ??? #LoveIsland

Mike saying he would leave with Jess yesterday to saying he is open minded… #loveisland pic.twitter.com/4BqDBjMOc8

Honestly really liking Siamese/Shauns knees/ Shauns niece and Luke T. Shes grown on me so much and shes actually so real. #loveisland

12. How would they react seeing this art?!

“I was coming back here to tell you I love you!” #LoveIsland pic.twitter.com/xzBiF4EO0q

13. Who called an Islander a detty pig looool 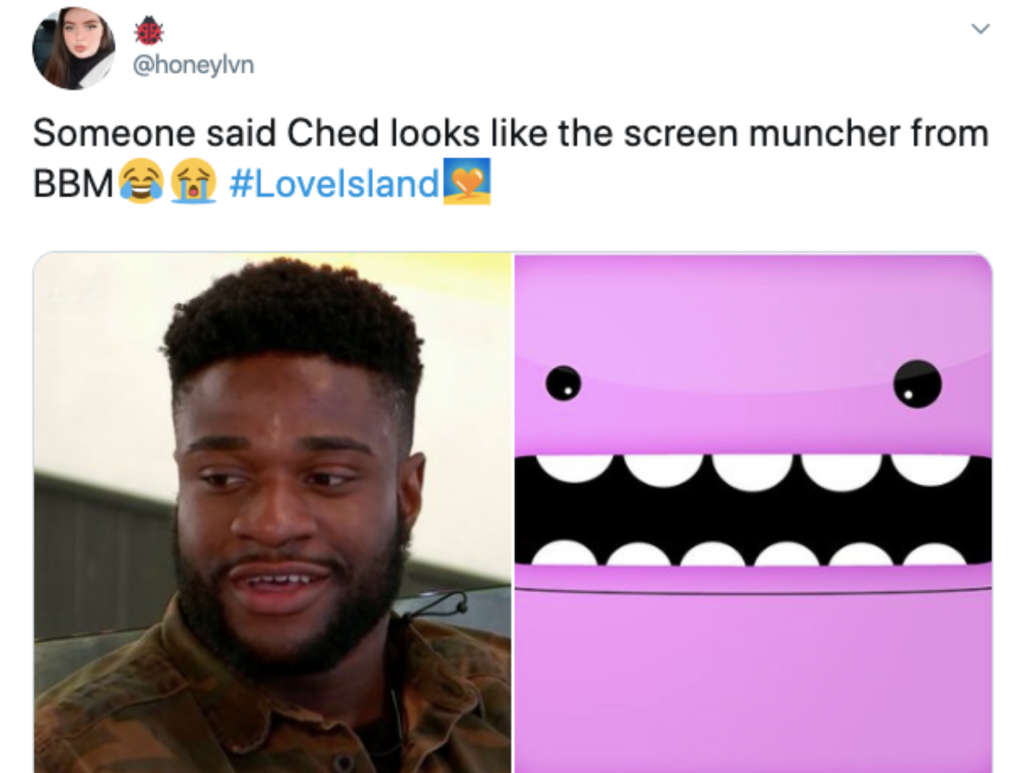 at the end of the day callum’s lips look like this, shaughna will be fine #LoveIsland pic.twitter.com/ha0kLUaaGJ

From the moment Shaughna picked Mike as the biggest game player, y'all shoulda known she's a game player herself. Definitely takes one to know one. So she saw through Mike that early, but couldn't see through her emotionally unavailable boyfriend? Yeah right ? #loveisland 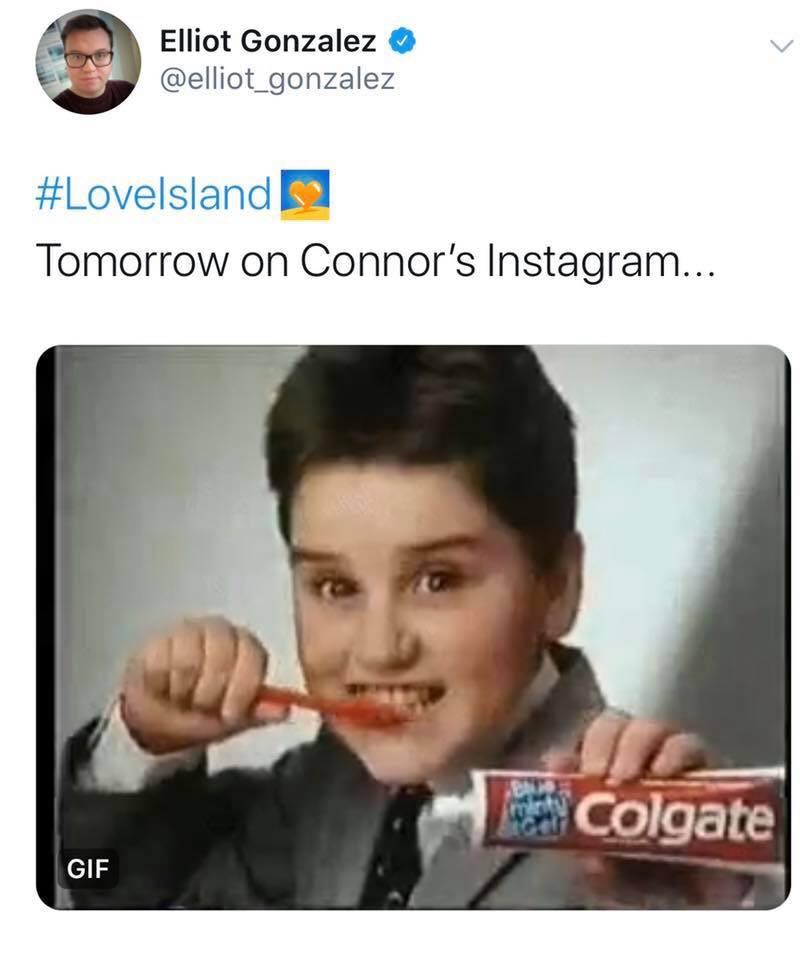 20. IMAGINE THEO SAYING THIS TO HER LMAO 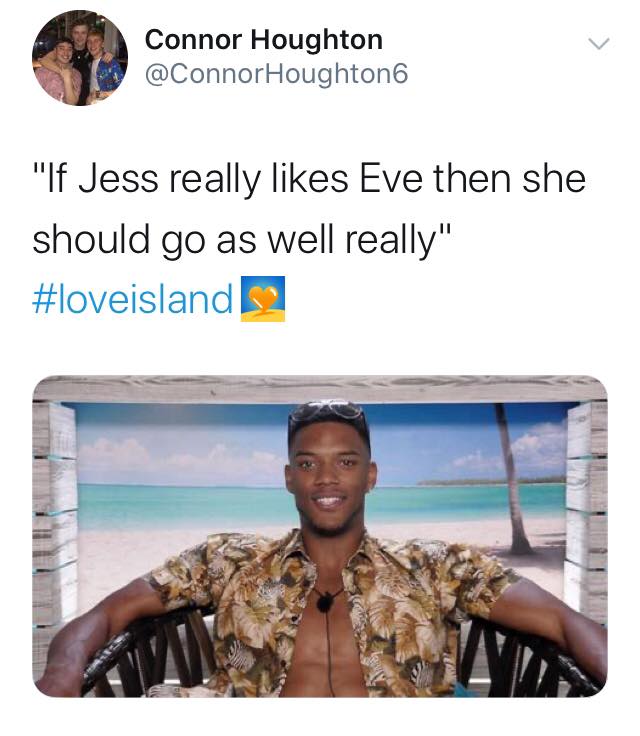 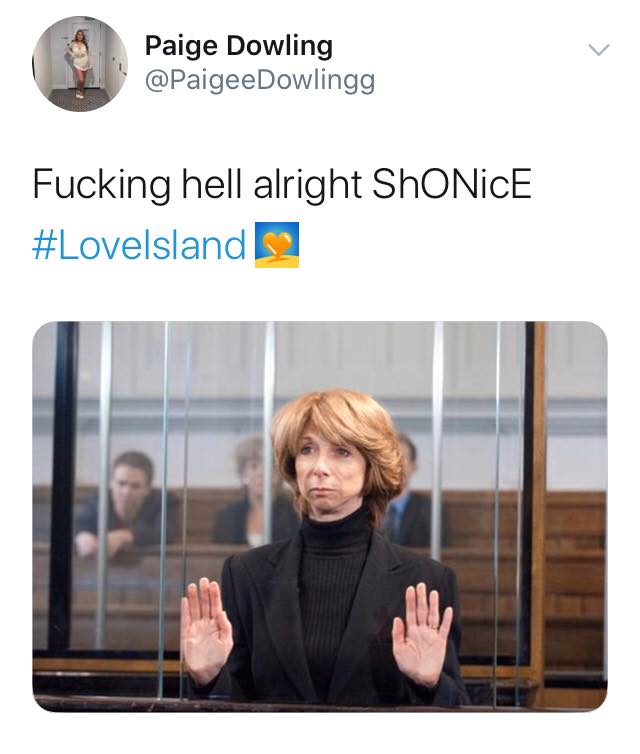 23. The twins together was a stressful time 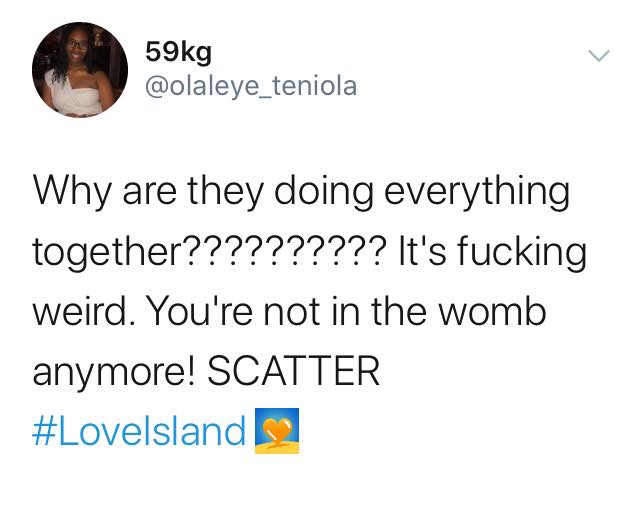 Jamie is violating the natural code, throwing dirt on another mans name in the attempt to secure…….sauceless individual #LoveIsland

“Wifey material” so you’re saying Jess doesn’t have class. Jess, you have to scream!!!!!!!! #loveisland

• The winter Love Island web: How the Islanders knew each other before the show