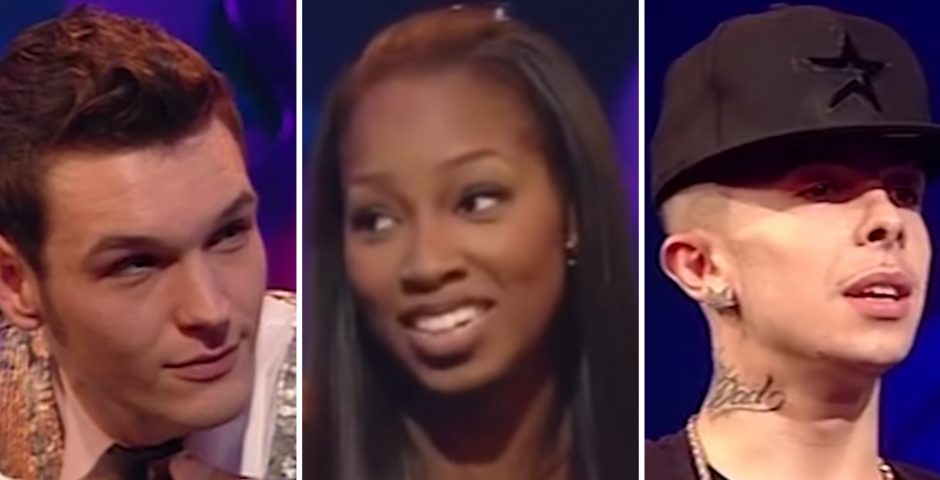 Drunks, Walk offs and Dappy: All the iconic dramas of Never Mind the Buzzcocks

It didn’t stop with Preston

Never Mind the Buzzcocks was truly the last of the great panel shows. It was alive during the days where Preston from The Ordinary Boys was married to Chantelle, NME hadn’t died a slow and painful death, and Noel Fielding was less “get set, bake” and more “let’s get baked” – and let’s not even mention how much better the Britpop and rock was that covered the charts. These were the glory days for British pop culture, and it didn’t just end with music. TV was just as drug and alcohol-infused as it was in the late 90’s, where it was funny to show up on TV being drunk and loud cos it’s rock n roll, man!

There were brutal jokes, drama, and every other contestant was ridiculed to the furthest extent by the hosts. You can’t have anything but big respect for anyone that appeared – it must be genuinely difficult to maintain a sense of humour with the amount of shit they’d put their guests through; it was the celebrity guest’s responsibility to decide if they wanted to prove themselves to be genuinely funny and good-humoured or storm off in a huff but, if this kind of humour doesn’t make for fucking amazing TV then nothing will.

So, whether you’d be a Preston or a Dappy, here are the most dramatic moments from the best British panel show we’ve ever been graced with:

Every single time Dappy was invited back onto the show

Dappy came across so well in his first appearance (even wearing the iconic Dappy Hat), that on return they hoisted him up on wires and had him enter amidst a sea of dramatic fog. The key was in not taking himself too seriously and allowing the rest of the panel to make jokes at his expense, all while giving it back in equal measure. Surprisingly likeable for a man that was dropped from a government anti-cyberbullying campaign for cyberbullying!

From the triumphant appearance of Dappy to this mug-smashing mug. The bloke clearly didn’t have a clue. It’s known on this show that during this round the presenter will ask you about the lyrics from your own songs, but Huey seems irritable even from questions about other artists. He put the cherry on the cake by walking off at the end. What a tool. Smash at 1:50

Poor Preston. Hindsight is 2020, and everyone can think of a time where they got a little stressed and felt like others were taking the piss in a nasty way. He said to the BBC of the incident “I’m struggling to think why I would have acted so weird.” before calling Amstell “funny, charming and likeable, which made it all the more embarrassing”. To be fair, if I’d be pissed off too if I wore my nicest sequin cardigan just to be abused.

One of the more memorable appearances on the show, Donny’s was marked by obnoxious shouting, sunglasses-wearing and even smoking in the studio – all to the absolute delight of Simon Amstell. However, he’s fully pulled a Preston by discussing the episode in a YouTube video since with regret, justifying it by saying he drank a bottle of vodka beforehand that producers had provided in the green room and acknowledging that he was behaving in a stupid way.

Bonnie Tyler had some red wine before her appearance

Pop/rock ballad legend Bonnie Tyler appears on the show, and it becomes apparent pretty quickly that she’s behaving rather out of character. Look out for the one amazing bit when she tries to make a joke about Manchester United football players changing a lightbulb. It’s absolutely bizarre.

Both are gay, only one will win the gay-off.

Simon stops Lily Allen winning the game with a hug

Lily Allen doesn’t want points, she NEEDS them. The idea is that you need to answer as many questions as possible in a short period of time – but not if Simon has anything to do with it. It’s so weird seeing everyone look so much younger on this show, season 19 was filmed in 2006 making Allen only 21!

If you don’t remember Pete Burns, he was most famous for being in the band Dead or Alive, and then eventually for Celebrity Big Brother. Two controversial people on a controversial panel show, what could go wrong? They butt heads throughout the show, but Pete remains ultimately defiant in the face of provocation from Mark Lamarr, despite acknowledging that they’re “hardly there for their sparkling intellect”. It’s pretty funny.

When Davina McCall showed that hilarious footage of young Simon

Fed up with Simon ripping the shit into everyone who appears on the show, the panellists decide to get their own back with old footage of Simon on one of the various TV shows he appeared on as a child standup. It’s fucking hilarious.

If you don’t remember Katie Melua, she’s a musician that makes wispy middle-aged mum music. This moment is both genuinely funny and also a bit mean, but what is Never Mind the Buzzcocks without being mean? There’s a moment later in this episode where she declares she’s off to meet with Pete Doherty after recording the show, to which Simon jokes about drug abuse and having an intervention. Sad.

Jamelia being jokes as fuck

For those who aren’t familiar, Javine is a singer/songwriter who was big in the mid-noughties, representing the UK in Eurovision 2005. This didn’t stop her from getting absolutely rinsed on this episode, both by Jamelia and Simon. The best quote has to be “Javine was one of the most boring people I’ve ever interviewed, and I’ve interviewed Ronan Keating”. Another of many moments that we’ll never see anything similar to on TV. Slaaag!

Josh Groban literally went from easy-listening mummy’s boy to part-time comedian on this show, clearly brushing up on his British sarcasm beforehand. Stand out moment at 0:48:
“Why J-Gro?”
“I don’t know whether you caught at the beginning… my name is Josh Groban”

Another raucous moment. Kelly fully expects to have the last laugh after splashing water on Simon.
“The power of Christ compels you!”
“I’m a Jew!”

And finally, a compilation of the man that made the show so great. Let’s face it, the show wouldn’t be half as good if it wasn’t for Simon. A highlight has got to be starting from 2:30 when he ruthlessly goes in on Jermaine Jackson about every aspect of his family life, including Michael. God knows how they got people to appear on this show – absolute gold.